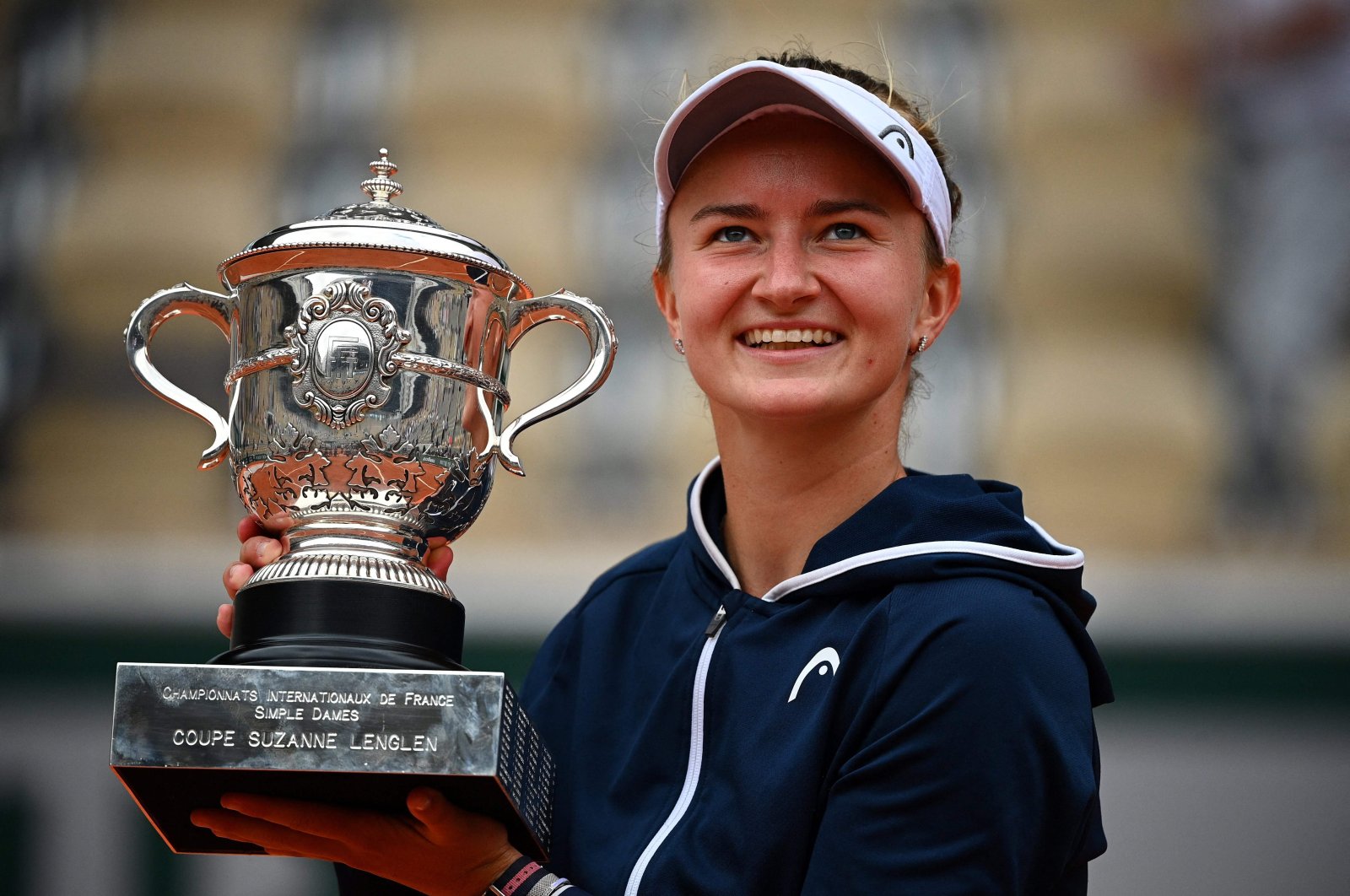 Krejcikova defeated Anastasia Pavlyuchenkova 6-1, 2-6, 6-4 in the final at the conclusion of only her fifth appearance in a Grand Slam singles main draw.

After the final, the 25-year-old said she owed her success to Novotna who lost her battle with cancer at the age of just 49.

"When I was 18, I actually finished juniors, I didn't really know what to do. I went to her house with my parents. She was always very nice. We just had a really special bond," recalled Krejcikova.

"She taught me so many things that I just felt at the end of her life I have to be there. I just have to really support her.

"I wasn't really handling the situation well. My parents were telling me not to go, because they've seen how it's actually ruining me. But I just felt like I have to go and I have to support her."

Novotna won 24 singles titles in her career with the 1998 Wimbledon trophy the highlight.

The new champion said she learned many life and sport lessons from the world number two whose own best run in Paris ended in semi-final losses in 1990 and 1996.

"She told me like, I have a court on Thursday in this club at this time. If you want to come, you can come, we can look at you, have a hit," said Krejcikova.

"I was sick for one month so I don't know if I can actually hold the racquet. She was like, It doesn't matter. If you feel like it, just show up.

"If you cannot hit, we can talk, it's nice. The club is good. You are just going to enjoy."

Krejcikova has now won Grand Slam titles across the board.

She has two women's doubles titles with Katerina Siniakova from Roland Garros and Wimbledon in 2018.

They could add a third together on Sunday when they take on Bethanie Mattek-Sands and Iga Swiatek.

She is still a relative rookie as a singles player – she has yet to play at Wimbledon and the U.S. Open.

That will be rectified now as her ranking, which was outside the top 100 when the delayed 2020 French Open took place in October, is about to shoot up to 15 in the world.

On her way to Saturday's final, she saw off fifth-seeded Elina Svitolina and saved a match point in the semifinal against Maria Sakkari.

In the last-16 against Sloane Stephens, she admitted she was so paralyzed by stress that she sought refuge in the physio's office where she wept.

Despite her success, however, Krejcikova said fame will not change her with her immediate plans involving "sewing and mowing the lawn."

Pavlyuchenkova, meanwhile, bidding for her first major at the 52nd attempt, needed her left thigh taped after a medical timeout towards the end of the second set.

The 29-year-old admitted she had been carrying the injury since her third-round win over No. 3 Aryna Sabalenka.

"I was actually in a really bad shape physically. I don't know how I even won that match because I also had a medical treatment there, I had to wrap my leg," said the Russian.

"In the third set during the Sabalenka match, I said to myself, 'If I win this match, I'm going to cry.' It's such a shame, I play so good, but my body says this to me: 'I don't want to continue.'"