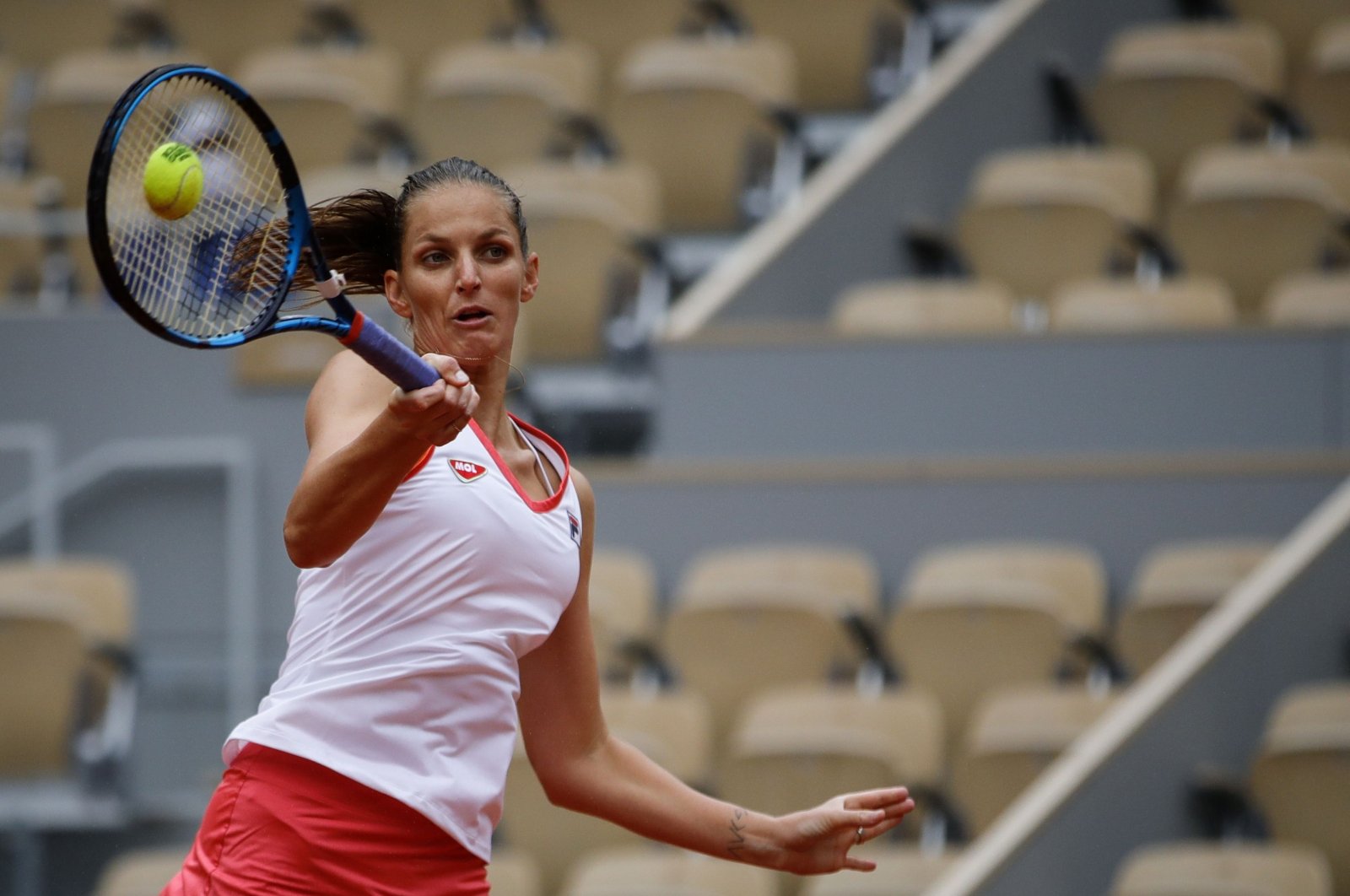 Second seed Karolina Pliskova survived a first-round scare at the French Open on Tuesday with a 6-7 (9-11), 6-2, 6-4 triumph over Egypt's history-making qualifier, Mayar Sherif.

However, the former world No. 1 faces a tougher challenge in the second round as she plays the 2017 champion Jelena Ostapenko after the Latvian dispatched American Madison Brengle 6-2, 6-1.

Sherif, who is ranked 172nd in the world, is the first Egyptian woman to play the main draw match at any of the four grand slams and made a strong debut in the first set.

The 27-year-old Czech Pliskova was clearly frustrated in the opening set as the world No. 4 missed eight set points and gave away opportunities with 27 unforced errors.

Sherif pulled rank from 6-3 down in the tie-break after a Pliskova double-fault, and when the 24-year-old Egyptian edged in front at 10-9, Sherif was handed her first grand slam set when Pliskova fired a return long.

There were three consecutive breaks in the second set until Pliskova reasserted control with a 5-1 advantage en route to leveling the match and opening a deciding frame.

Pliskova's worries were over in the third set when she broke Sherif's serve and moved in front with 5-3 and served out the match after 2 hours 15 minutes on Court Philippe Chatrier.