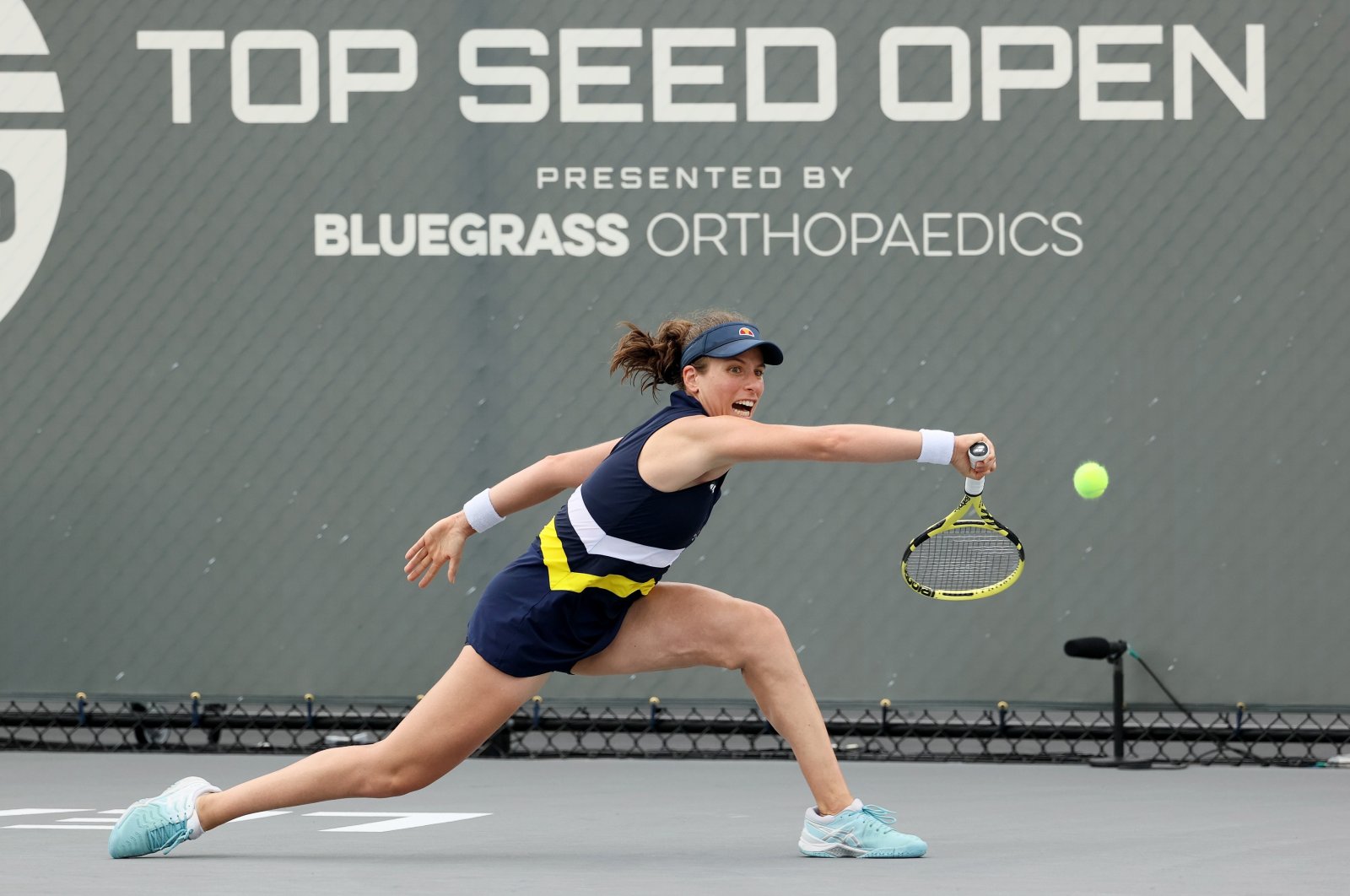 Marie Bouzkova expected some adjustments for her first tennis tournament in nearly six months. First was the matter of shedding rust from the layoff caused by the coronavirus shutdown.

The Czech player also had to get her mind around a significantly subdued competitive atmosphere without spectators at the inaugural Top Seed Open, where there were just a sprinkling of officials around center court.

"The beginning felt like practice because my coach was clapping at some point,” said Bouzkova, who quickly adapted to upset No. 3 seed Johanna Konta, 6-4, 6-4 on Monday. "But that quiet was a little bit weird.” Say hello to the new normal players will see for the foreseeable future because of the pandemic.

This week’s event is the WTA Tour’s first U.S. competition since the shutdown. Added to the schedule in late July, the world’s top players such as Serena and Venus Williams, Victoria Azarenka and Sloane Stephens aim to hone their hard-court skills for the U.S. Open later this month.

The Williams sisters are slated to start playing Tuesday. Social distancing precautions were in place to prevent the spread of COVID-19. Players were at opposite ends of the court, of course, and the benches were spaced 6 feet (1.8 meters) away on either side of the umpire’s chair. Masks were prevalent as well.

"The only time that we’re not wearing a mask is obviously on the court,” Bouzkova said, adding that players are in a similar bubble at their hotel. "When you’re here walking inside, you’re wearing the mask the whole time.”

Konta donned a mask during one nervous moment in which she required medical attention for heart palpitations.

The British player acknowledged previous episodes but said they eventually subside before she resumes play. "I’m not worried at all,” Konta said.

Players praised conditions at the Top Seed Tennis Club outside Lexington, where seating resembled more of a country club than a tennis stadium. Cushioned lounge chairs lined center court, though few were occupied with the competition just starting.

A smattering of claps replaced the usual loud applause on points, though players’ grunts on returns seemed more amplified. In a way, that seemed to be the perfect place to regain competitive focus after time away.