Roland Garros optimistic for fan-allowed plays in September despite plague 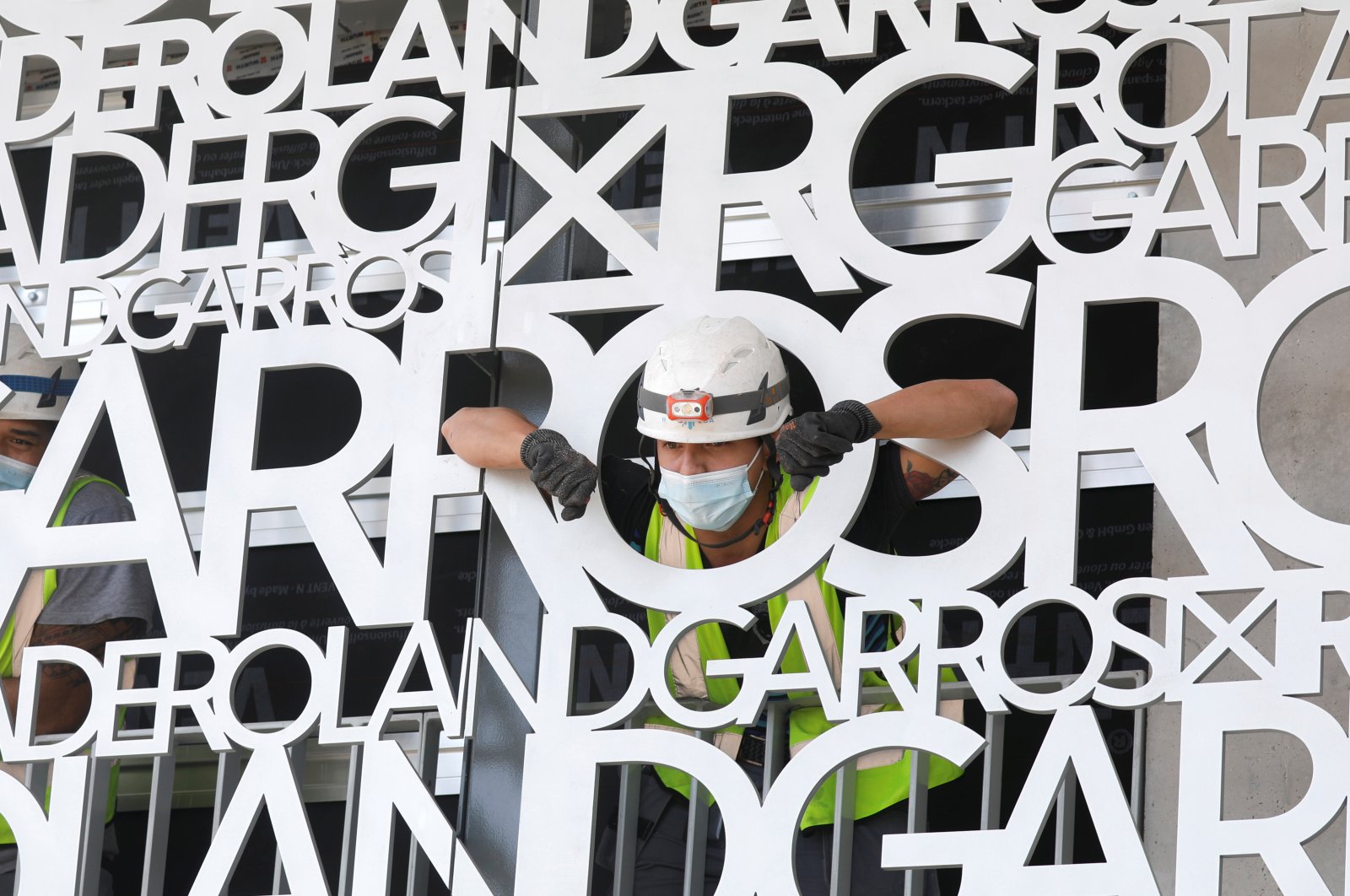 A worker is seen at the renovated Philippe-Chatrier central tennis court at Roland-Garros in Paris with its new retractable roof composed of 11 wings, France, May 27, 2020. (Reuters Photo)
by French Press Agency - AFP May 27, 2020 9:00 pm
RECOMMENDED

Roland Garros chiefs insisted on Wednesday the French Open, delayed until September due to the coronavirus pandemic, will have fans attending even if they still have to abide by social distancing rules.

The claycourt Grand Slam, which should now have been into its first week under its traditional schedule, was pushed back by four months because of the outbreak.

However, tickets bought for the event in its May-June slot were reimbursed rather than transferred, prompting fears the tournament, now due to start on Sept. 20, would be played behind closed doors.

"In the autumn, we will play Roland Garros with an optimum spectator capacity which allows fans to respect social distancing," Jean-Francois Vilotte, the director-general of the French Tennis Federation (FFT), told Agence France-Presse (AFP).

A working group has already been created consisting of the ministries of sports and foreign affairs as well as Roland Garros officials and health bodies.

"The aim is that there will be spectators but we will have the capacity to organize Roland Garros whatever the option decided, including behind closed doors," he said.

For the players, "the prize money is very important" as is the eco-system of tennis in France for which Roland Garros accounts for 80% of revenue.

If fans are to be welcome at the rescheduled tournament, then tickets would have to go on resale.

"We have set ourselves a deadline (for resale)... but you will not know it," added Vilotte.

"It will be an exceptional tournament anyway," he said, adding the organization was working on holding a "postponed tournament" and not a "downgraded" version.

In other words, juniors, singles, doubles and wheelchair tennis events will still be staged.

International tennis has been suspended globally since mid-March while Wimbledon was canceled for the first time since World War II.

The U.S. Open in New York, due to start on August 24, is still under a cloud with organizers due to decide its fate in mid-June.

Officials in Paris have played down hosting a Grand Slam outdoors in European autumn.

"The point is not to schedule matches late at night but to finish the matches started," said Vilotte, pointing out that night sessions will not start until the 2021 edition when the tournament slips back into its usual May-June home.

The risk of rain is greater in the autumn in Paris.

However, the Philippe Chatrier court at Roland Garros now has a roof, bringing the tournament into line with the other three majors.

"From the start, the objective was to respect the outdoor nature of the tournament," said Vilotte.

"It is not a closed court, contrary to what exists at Wimbledon, at the Australian Open and even at the U.S. Open where the roofs hermetically seal the stadiums to air-condition them."

The new roof on Chatrier has 11 metal and canvas sections, weighing 350 tons each for a total area of 10,000 square meters.

It can cover the sport's most famous clay court in 15 minutes while allowing air to pass through the sides.

The efficiency of the roof, which cost 55 million euros ($60.45 million), was tested during torrential rains that lashed Paris a few weeks ago.

"It was baptized," said Vilotte. "The roof was absolutely not affected by these rains and the water drainage channels worked without any of them overflowing."

The Suzanne Lenglen court will also have a roof installed in time for the 2024 Olympic Games.