Roland Garros starts in shadow of coronavirus and 'ridiculous' cold 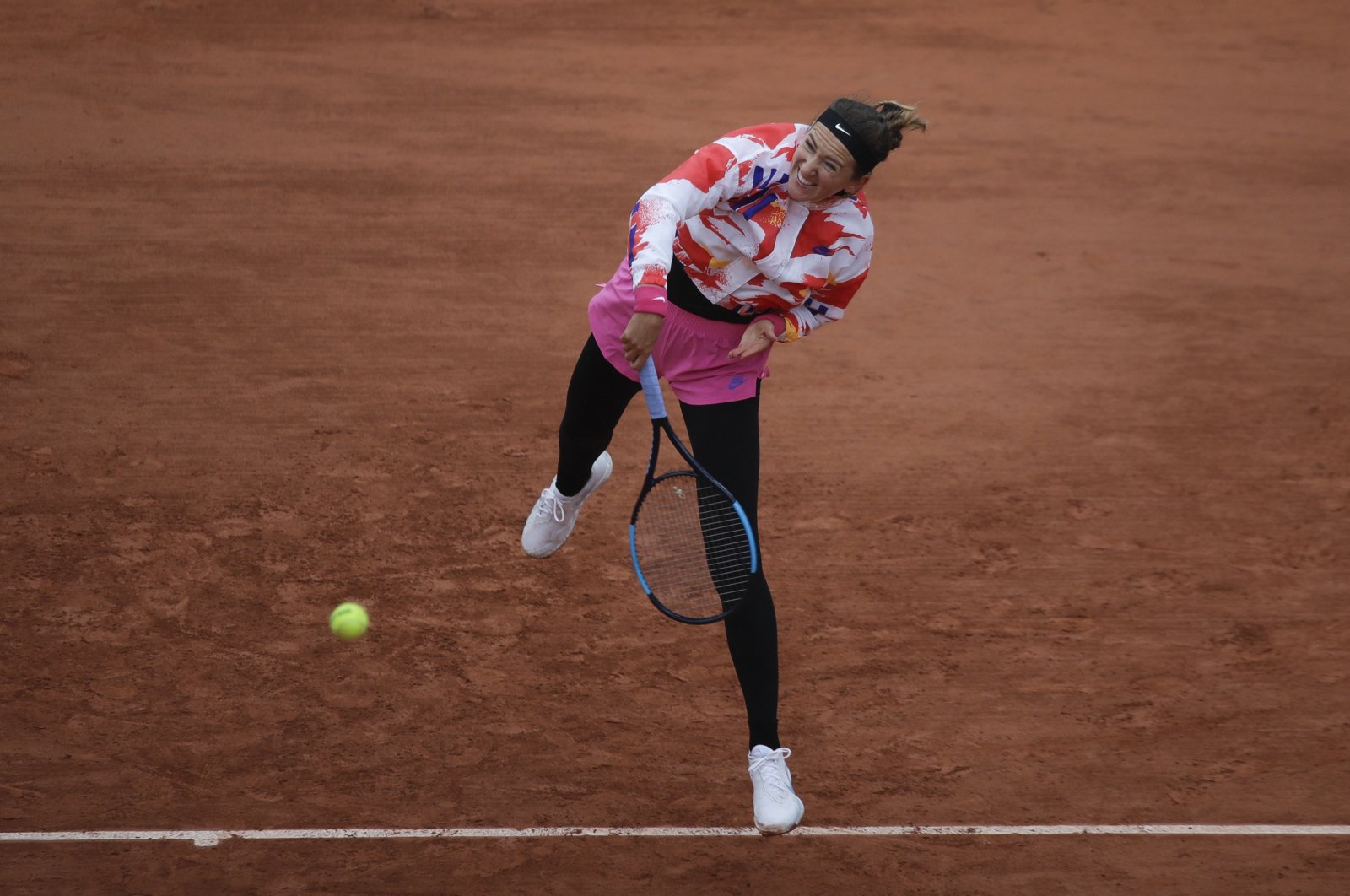 Roland Garros got underway in the "ridiculous" cold of Paris on Sunday still in the grip of the coronavirus which organizers had hoped they would escape by unilaterally pushing back the clay-court Grand Slam event by four months.

Play started with the tournament's new retractable roof closed over Court Philippe Chatrier. Outside on the eerily quiet grounds of an event limited to just 1,000 fans it was a different story as temperatures dropped to a shivering 10 degrees Celcius (50 degrees Fahrenheit).

Only 15 minutes of play was possible before heavy rain brought a suspension with former world No. 1 and recent US Open runner-up Victoria Azarenka complaining over the bitterly cold conditions.

"We are sitting like ducks," the two-time major winner raged after just three games of her opener against Danka Kovinic of Montenegro. "It's too cold, it's eight degrees, I live in Florida. This is getting a little ridiculous. I'm not waiting," she said before storming off to seek shelter deep inside Court Suzanne Lenglen.

It will be an eerily unfamiliar tournament, even for defending champion Rafael Nadal, chasing a 13th Paris title, and 2016 winner and world number one Novak Djokovic, as well as Serena Williams, pursuing an elusive 24th major. A resurgence of COVID-19 cases has cut attendance to just 1,000 spectators a day. In 2019, more than 500,000 people watched the two-week tournament on-site.

Organizers had hoped to welcome 20,000 fans a day but in the space of just a few weeks, that figure was quickly downsized to 11,500, then 5,000 before the French government slashed it to a 1,000 maximum. "Tens of millions of euros have gone up in smoke," said French Tennis Federation (FFT) marketing chief Stephane Morel as he mourned the loss of ticket income.

Players, meanwhile, have been confined to two tournament hotels with tight restrictions on their movements. It's at the hotels where they undergo COVID-19 testing, a source of controversy and recrimination in the build-up.

Last weekend, five players due to take part in men's qualifying were stood down. Two had tested positive while three others had been in contact with coach Petar Popovic who also tested positive. Popovic told L'Equipe it was a "scandal" and had "(Rafael) Nadal been in our shoes, he would have had the right to a second or third test."

On Friday, veteran Spaniard Fernando Verdasco said he was "outraged and frustrated" after being withdrawn following one failed COVID-19 test which he claimed fell between a steady stream of negative results.

Inside the grounds of Roland Garros, situated in the prosperous western district of Paris, there are further signs of the effect of the pandemic which pushed the event back from its traditional May-June slot.

Normally bustling shops, food outlets and other commercial stalls have been shuttered. Everyone at the tournament, including players if they are not in action or practice, is masked. Hand sanitizers dot the site.