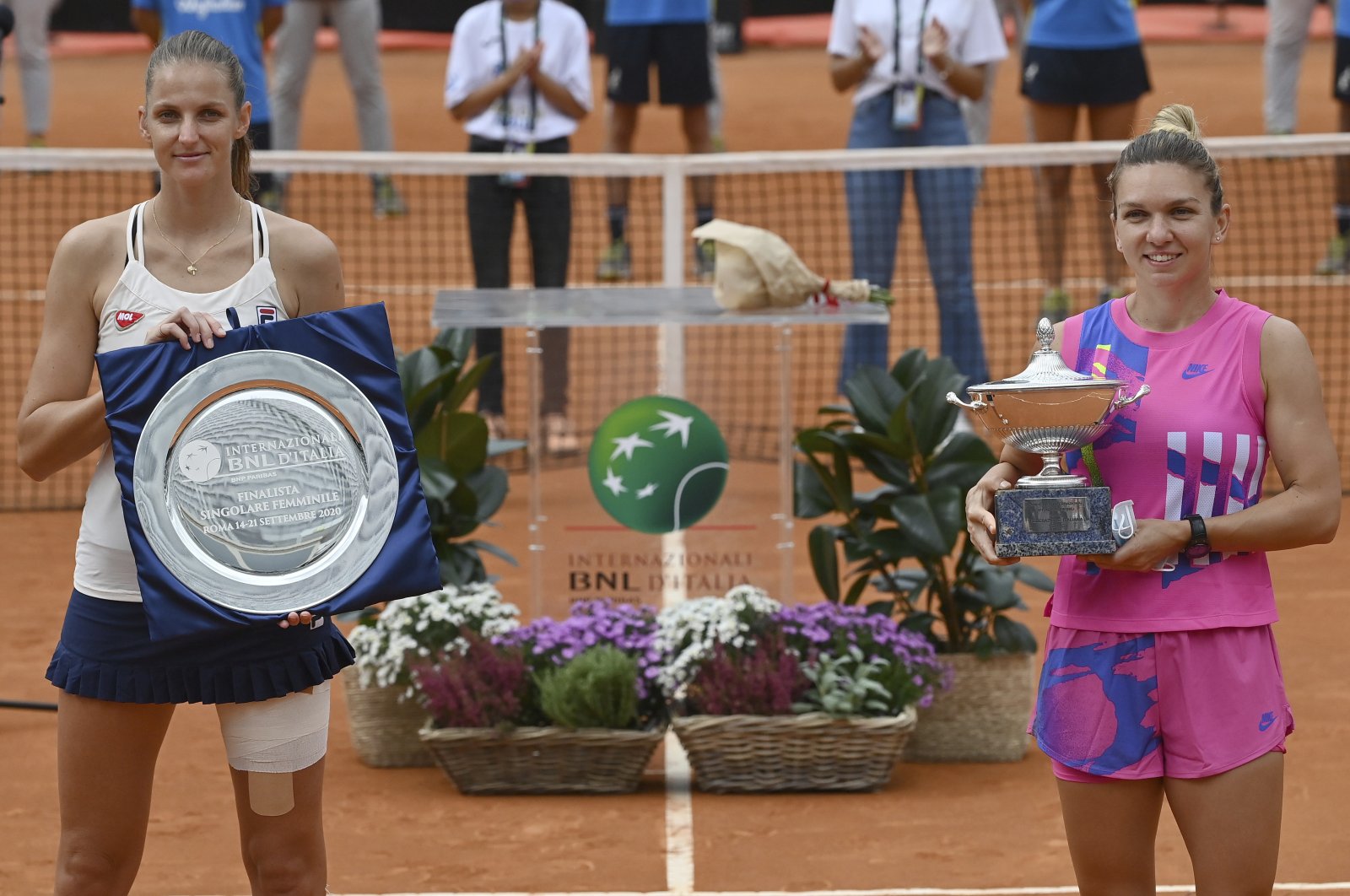 Top seed Simona Halep gave her French Open preparations a boost when she claimed the Italian Open in Rome on Monday after second seed Karolina Pliskova retired from the final with injury when she was down 6-0 2-1.

Victory gave Halep her first title in Rome and her third consecutive title of the year after wins in Dubai – before the COVID-19 hiatus – and Prague last month.

Pliskova attempted to continue playing after receiving treatment on her lower back and leg between sets but eventually decided to retire, not willing to take any chances before the French Open, which begins on Sept. 27.

"I know that's not the way how Karolina wanted to finish the tournament and the final," Halep said at the trophy presentation ceremony. "Good luck in the French Open, hopefully we will meet again there in the final."

"Finally, after two finals I could win this title. I love this tournament and I'm really happy that I have this beautiful trophy in my hands now," she added, having lost the final in 2017 and 2018.

Halep raced into a 5-0 lead in the opening set, breaking the Czech defending champion three times and the Romanian also saved three break points at 0-40 down in the fourth game.

Halep, who even shook off a hard fall in the second game, was at her aggressive and disciplined best while Pliskova looked sluggish with her on-court movement, failing to hit a single winner as she was bagelled in 20 minutes.

The limited number of fans allowed into Foro Italico's center court urged Pliskova to make it a contest, applauding the rare points she got on the scoreboard, and it seemed to work as the second set started with the pair breaking each other.

However, Pliskova was clearly struggling with the injury and retired after she was broken for a fifth time to give Halep the trophy.

Halep, who chose to skip the hardcourt swing in the U.S. to practice on clay, will head to Roland Garros as one of the firm favorites with world No. 1 Ash Barty and U.S. Open champion Naomi Osaka both skipping the tournament this year.