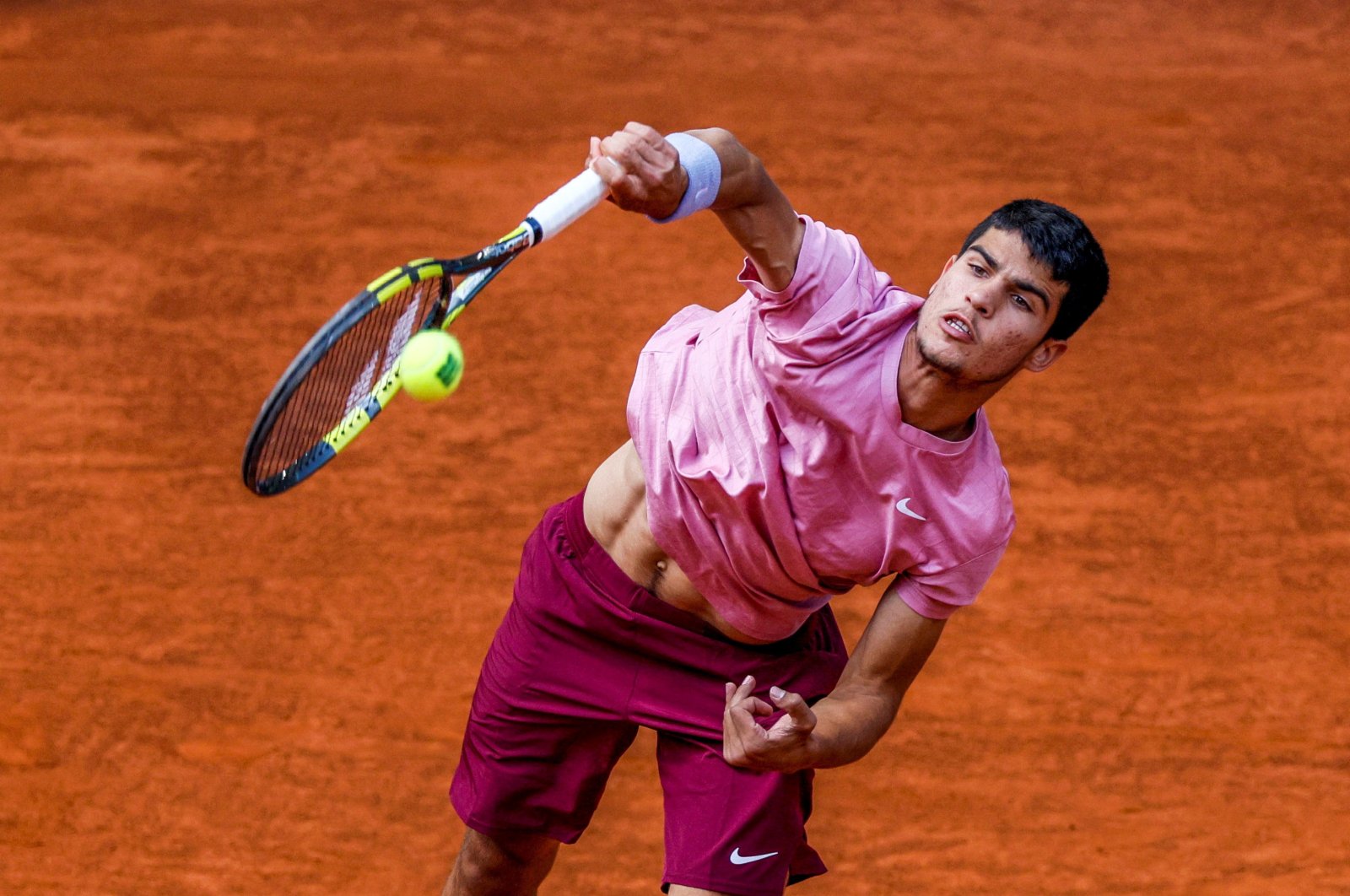 Spanish teenage sensation Carlos Alcaraz will face world No. 2 and compatriot Rafael Nadal in the Madrid Open on Wednesday.

It wasn't too long ago that Rafael Nadal was handing Alcaraz a PlayStation as the boy's prize at a local tennis tournament in Spain.

The 17-year-old Alcaraz defeated Adrian Mannarino 6-4, 6-0 on Monday to set up the "dream” matchup against the 20-time grand slam champion.

Alcaraz will face his idol on the Magic Box center court on Wednesday, his birthday.

"It's the best present for my birthday," Alcaraz told Tennis Channel. "To play against Rafa here in Madrid in front of the Spanish crowd, I will never forget this moment and I will learn from him."

"It will be a dream come through to play against Rafa here,” Alcaraz said. "I’ve wanted to play against him since I was a kid. There will be no better way than while celebrating my 18th birthday.”

Alcaraz, who is competing in Madrid on a wild card, turned pro in 2018 and has been considered by many as Spain's successor to 34-year-old Nadal. They practiced together at the Australian Open, where Alcaraz reached the second round.

He won the under-12 title in Madrid in 2015, and two years later reached the final in the under-16 event. A few years ago, Alcaraz and other kids received PlayStations from Nadal after competing in a tournament.

"I’ll try to be as relaxed as possible,” the 120th-ranked Alcaraz said. "I’ll try to play my game and to keep learning and keep having fun.”

The win against Mannarino also made 120th-ranked Alcaraz the youngest match-winner in Madrid – eclipsing 18-year-old Nadal's record in 2004.

"I don't know how to describe this feeling now," Alcaraz added. "It's a dream come true."

"They always say the 18th birthday is special, but it will be even more special to turn 18 playing against one of the best tennis players of all time, and the best for me."

Nadal, who has received an opening-round bye, will be chasing his sixth title in the Spanish capital after claiming his 87th tour-level title in Barcelona last month.

Fabio Fognini, who was disqualified from the Barcelona Open because of foul language, defeated Spanish qualifier Carlos Taberner 7-6 (4), 2-6, 6-3 to set up an all-Italian clash against Matteo Berrettini in the second round.

In order to secure a meeting with his childhood idol, Alcaraz thrashed France's Adrian Mannarino 6-4 6-0 for his maiden ATP Masters 1000 match win on Monday.