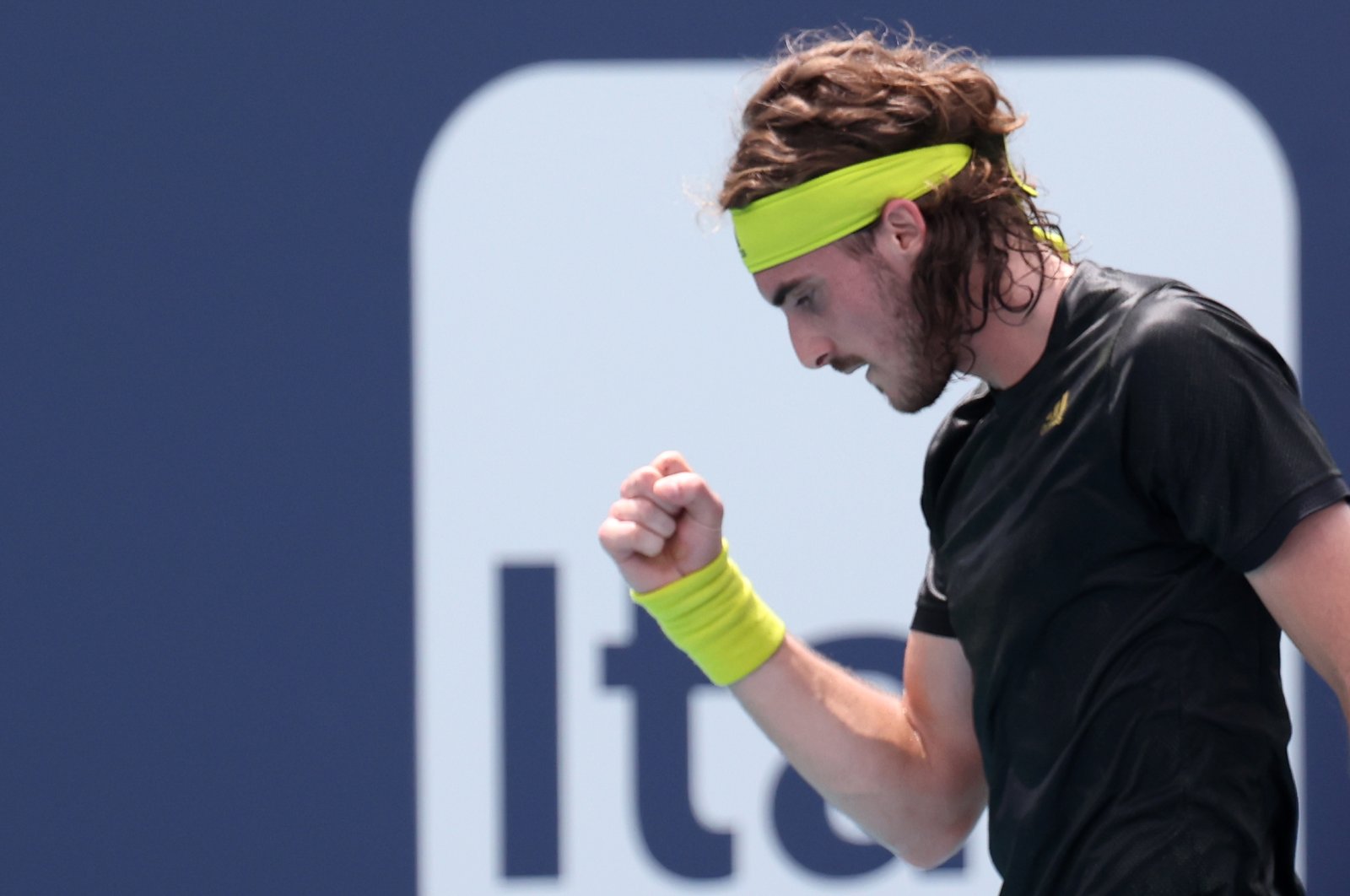 For tennis up-and-comers like Stefanos Tsitsipas, the draw at the Miami Open began to look a lot less daunting even before the tournament began.

Rafael Nadal and Roger Federer withdrew because of injuries, and Novak Djokovic decided against making the trip from his native Serbia. They stayed home with their 58 Grand Slam trophies.

The No. 2-seeded Tsitsipas is among those with the best chance to take advantage, and he looked the part against Damir Dzumhur, winning 6-1, 6-4.

Ranked a career-high No. 5, Tsitsipas improved to 15-4 this year – and 2-3 lifetime against Dzumhur. The 22-year-old Greek used his serve to dominate Dzumhur, who never had a break point.

"I created a lot of opportunities with my serve – I wasn’t rushing at all, finding the right angles and executing it perfectly,” Tsitsipas said. "Even with my second serve, I felt like I did a lot of damage, not giving him a chance to press first and apply pressure with his shots.”

A trophy in Miami will also help Tsitsipas recover from the recent loss to Alexander Zverev in the ATP hardcourt tournament in Acapulco, Mexico.

In women's play, top-ranked Ash Barty beat Jelena Ostapenko 6-3, 6-2 and had a much easier time than in the previous round, when she saved a match point to beat qualifier Kristina Kucova. That was Barty's first match away from her native Australian since February 2020.

She kept Ostapenko on the move and on the defensive, pulling her in and moving her from side to side.

Barty is the defending champion as the 2019 winner. The tournament was canceled last year at the start of the coronavirus pandemic.

Her potential path to the final became easier when No. 3-seeded Simona Halep withdrew before her third-round match because of a right shoulder injury. No. 5 Elina Svitolina eliminated No. 30 Ekaterina Alexandrova 7-6 (1), 6-4.

Wild card Ana Konjuh upset No. 15 Iga Swiatek. Konjuh’s career has been slowed by four elbow surgeries, and this week she has earned her first three wins in main-draw WTA play since 2018.

"It has been frustrating the past couple of years, just having been through all these surgeries and comebacks and just never getting it right,” Konjuh said. "So just to be back, you know, healthy and to compete at this level, it means a lot.”