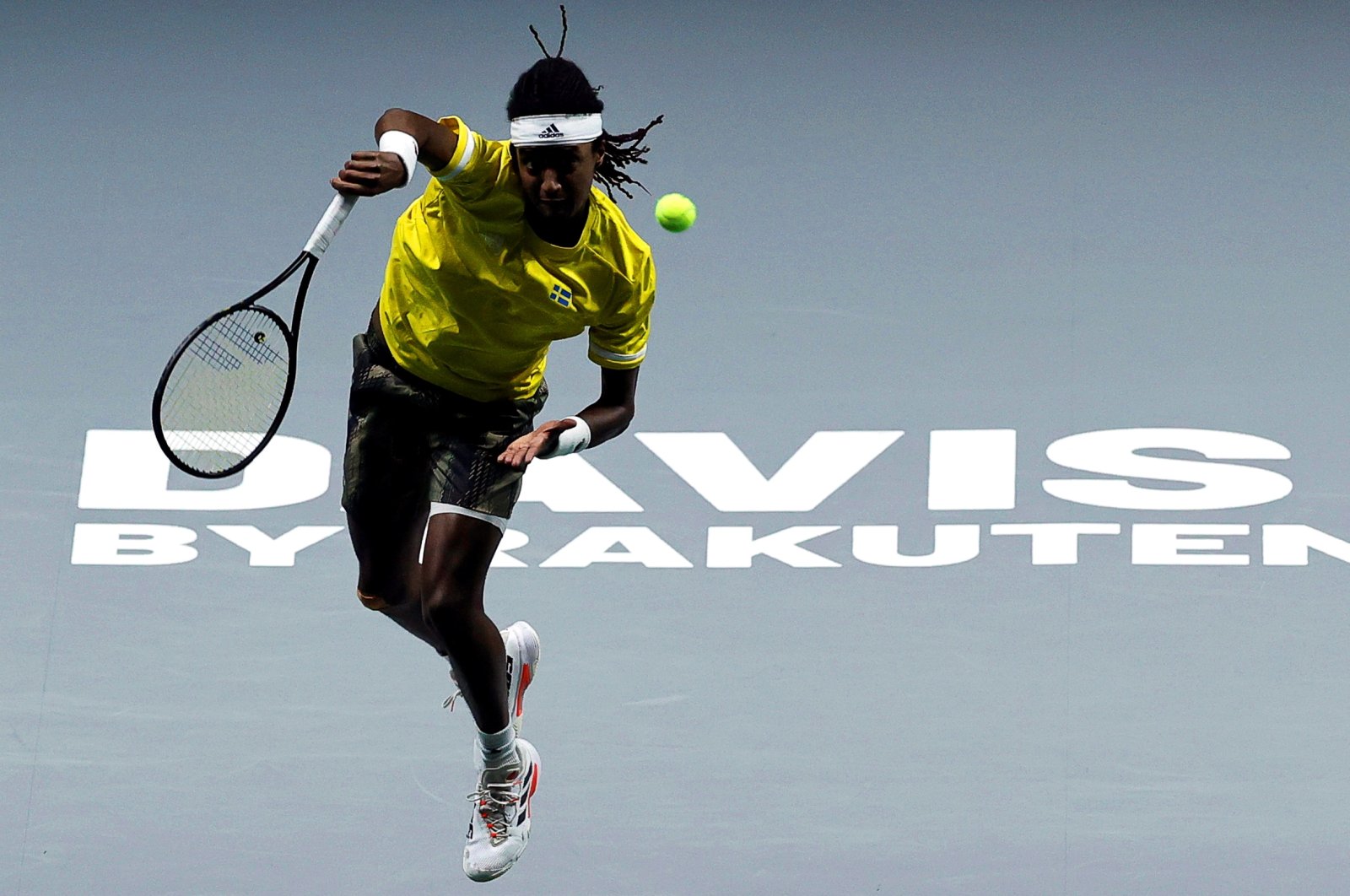 The Davis Cup Finals, often dubbed the World Cup of tennis, opened Thursday with wins for Sweden and France while Australia was beaten by Croatia.

Brothers Elias and Mikael Ymer helped Sweden sweep aside Canada, France fought back to down the Czech Republic and Croatia crushed Australia as the revamped Davis Cup opened.

Holders Spain suffered a blow to its title defense before hitting a ball in anger with Carlos Alcaraz in quarantine after testing positive for COVID-19.

The rest of the Spanish team, which is missing Rafael Nadal, was given the all-clear after polymerase chain reaction (PCR) tests to play Ecuador in Madrid on Friday.

Sweden was in imperious form in the Spanish capital against the Canadian 2019 finalist, who went into battle without its top two players Felix Auger-Aliassime and Denis Shapovalov.

"Today my forehand was blasting," said Elias. "I was hitting winners from everywhere!"

Robert Lindstedt and Andre Goransson then combined for a 7-6, 6-4 doubles win over Pospisil and Brayden Schnur to leave the Swedes needing a win over Kazakhstan on Saturday to progress to the quarterfinals for the first time since 2011.

In Innsbruck, where the surge in coronavirus cases and the subsequent lockdown in Austria meant that matches were being played once again in an empty arena, France got off to a rocky start when 35-year-old veteran Richard Gasquet lost 7-6, 6-2 to Tomas Machac.

"Experience isn't everything. The form is the key and I wasn't up to scratch today," said Gasquet.

And Nicolas Mahut and Pierre-Hugues Herbert completed the comeback with a three-set defeat of Jiri Lehecka and Machac.

Australia, a 28-time winner of the Davis Cup, has work to do after losing 3-0 to Croatia in Turin.

Nikola Mektic and Mate Pavic then raced to a 6-3, 6-1 win over de Minaur and John Peers.

Hungary awaits its debut in this group D.

On Friday, as well as Spain vs. Ecuador, the United States opens against Italy and Novak Djokovic's Serbia takes on Austria.

The Davis Cup, which began life back in 1900 as a bilateral contest between Britain and the U.S., has had numerous makeovers in the past, most recently in 2019 when it was reshaped to resemble a world championship.

These are joined by two wild card nations France and Serbia.

These 18 nations are divided into six groups of three, with winners and the top pair of second places going into the quarterfinals pot.

The semifinals and Dec. 5 final will all be played in the Spanish capital, a reward for the team that won the title two years ago after 2020 was canceled due to the COVID-19 pandemic.