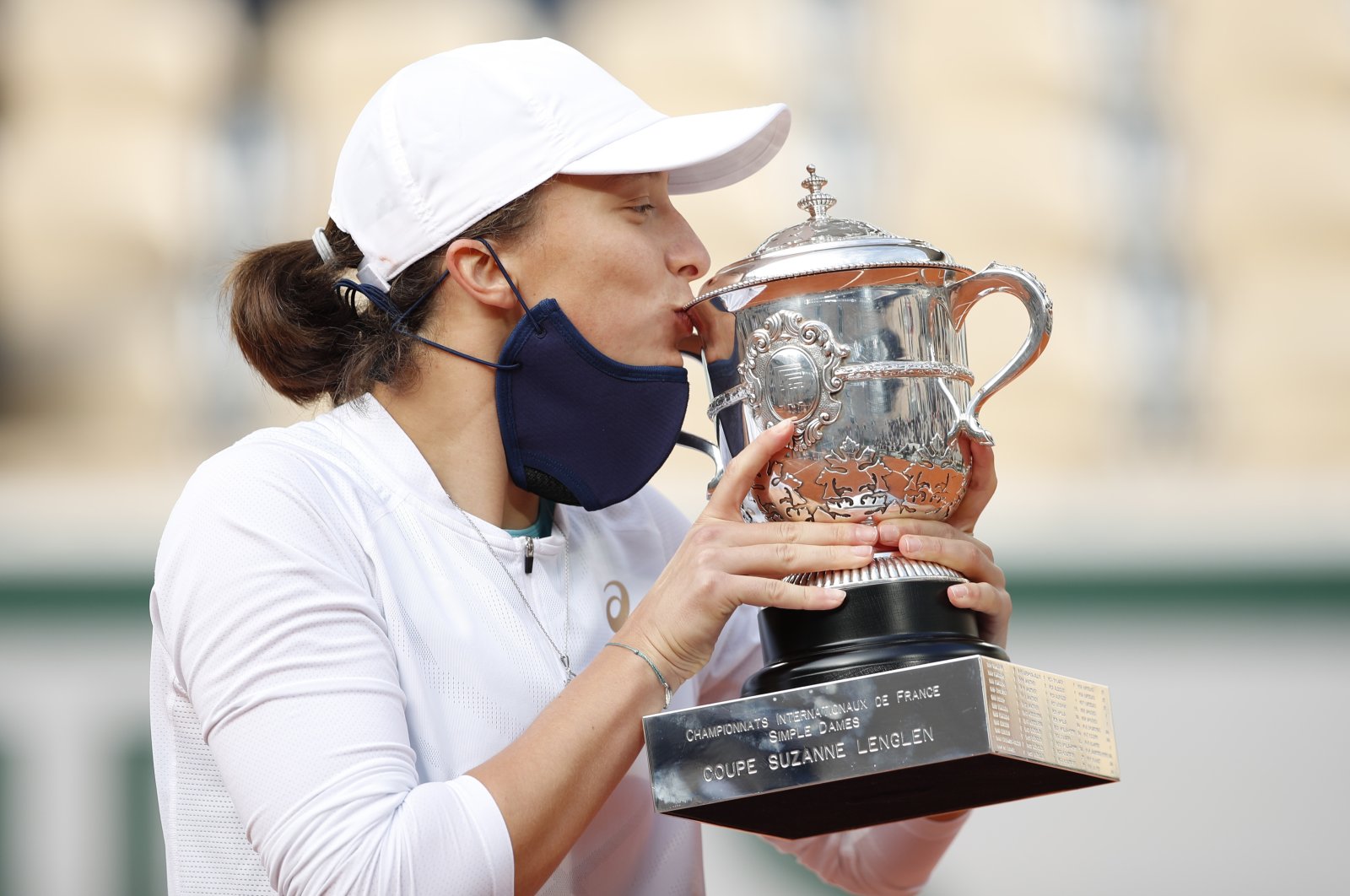 The 19-year-old Swiatek, at 54 the lowest-ranked woman to capture the Roland Garros title in the modern era, is the ninth first-time major champion in the past 14 Grand Slams.

"Maybe it just had to be like that, another underdog had to win a Grand Slam. In women's tennis right now it's crazy," said Swiatek, who will rise to 17th in the world after her victory.

"I don't know what's going on. It's overwhelming for me, it's crazy."

"Two years ago I won a junior Grand Slam (at Wimbledon) and now I'm here," she added. "It feels like such a short time."

Swiatek is the youngest women's French Open winner since Monica Seles 28 years ago. She eclipsed the run of compatriot Jadwiga Jedrzejowska – the most outstanding Polish player of the interwar period – who finished runner-up at Roland Garros in 1939. Swiatek was only the second Polish woman to reach a Grand Slam final in the Open era after Agnieszka Radwanska at Wimbledon in 2012. She had never previously been beyond the last 16.

Australian Open champion Kenin, 21, was attempting to become the first woman to capture two Slams in the same year since Angelique Kerber in 2016.

Swiatek, whose only previous tour-level final came at Lugano last year, dispelled any initial fear of nerves as she won 12 of the first 15 points to surge 3-0 ahead. However, Kenin has made a habit of fighting through tough situations in Paris and broke back when Swiatek served an untimely double fault allowing the American to level at 3-all.

Swiatek, who bludgeoned her way through to the championship match, conceding just 23 games in six rounds, secured a precious hold before Kenin lost her serve for the second time. Serving for the first set at 5-3, Swiatek dumped a tame backhand into the net on set point and Kenin immediately broke back, ripping a blistering backhand return. Kenin's resilience has been a staple of her success but she cracked again to present Swiatek with two more set points at 4-5, promptly dragging a backhand wide to hand the Pole the opening set.

The sixth-ranked Kenin broke to begin the second set. But an undeterred Swiatek responded the following game, smacking a backhand down the line to break once more before holding with ease to go 2-1 up.

Kenin subsequently called for a medical timeout to receive treatment on her taped left thigh, but she could not slow the momentum of her opponent as Swiatek broke for a fifth time. Swiatek won the next eight points to storm to the cusp of the title at 5-1, securing a historic triumph with a powerful cross-court forehand on her first match point.

Swiatek is the first woman to triumph in Paris without ceding a set since Justine Henin in 2007. And she did it with victories over such opponents as 2018 champion Simona Halep and 2019 runner-up Marketa Vondrousova, both by scores of 6-1, 6-2.

This weekend is the culmination of an unusual two weeks, to say the least. The tournament was postponed from May-June to September-October because of the coronavirus pandemic; the recently rising number of COVID-19 cases in France led the government to limit the number of spectators allowed on the grounds to 1,000 each day.

Some top women, including 2019 champion Ash Barty and three-time major champ Naomi Osaka didn’t enter the event; 23-time Slam winner Serena Williams withdrew before the second round with an injury.

The temperature was in the mid-50s Fahrenheit, with a slight breeze, and the hundreds of fans scattered in Court Philippe Chatrier were mostly subdued other than a group that would shout out Swiatek’s first name, stretching it out over several seconds each time to sound like "Eeeeeeeeeee-gah.”