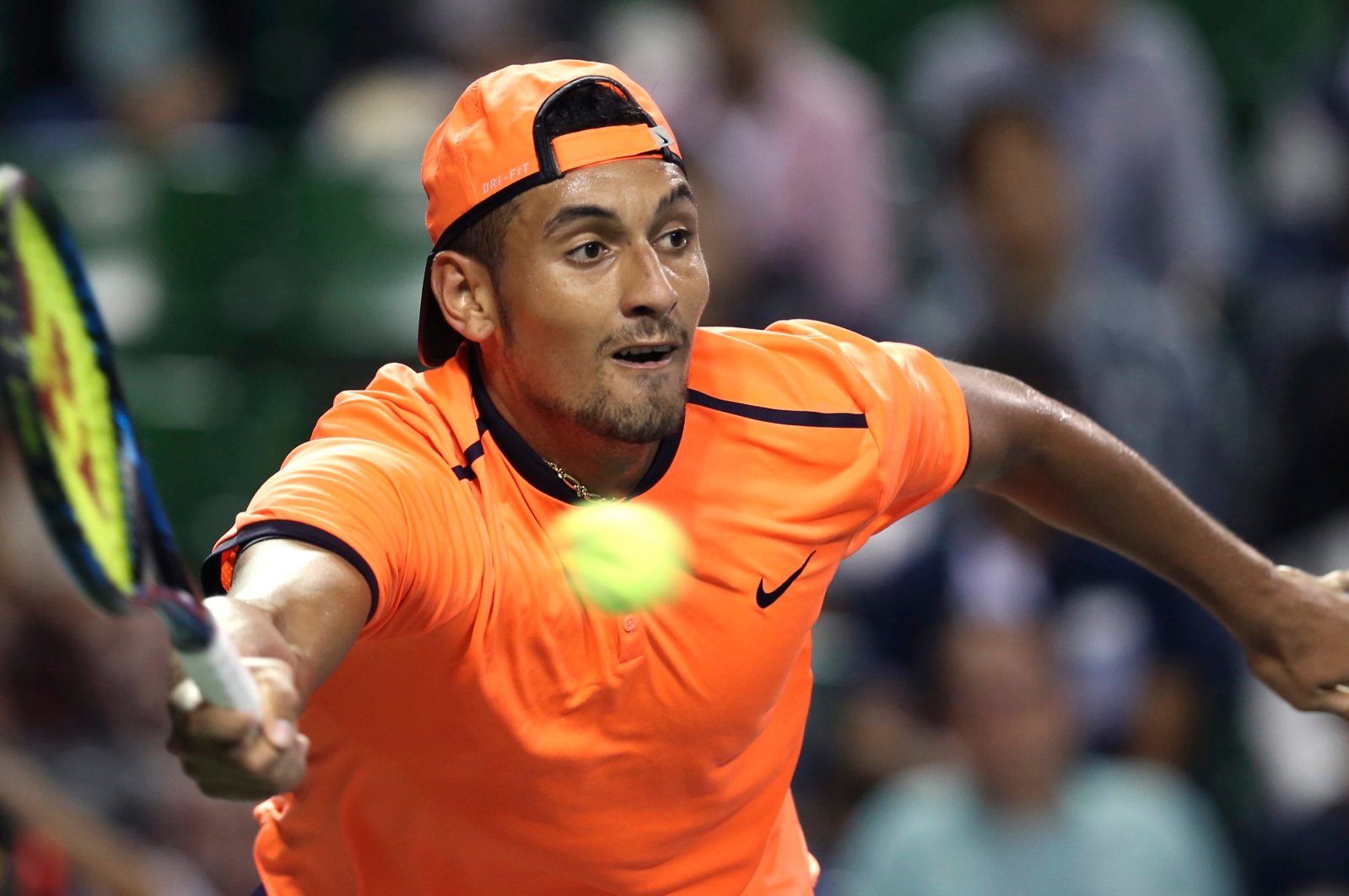 The coronavirus has turned sports on its head and nowhere more so than in tennis, where the often-controversial Nick Kyrgios has been anointed as "St. Nick" for his moral leadership during the pandemic.

Best known for his flamboyant persona and spectacular on-court tantrums, Kyrgios has long been a provocative and polarizing figure as he racked up a string of fines and bans.

But the combustible Australian has shown a different side in recent weeks as he took Novak Djokovic and other top players to task for their "stupidity" and risky behavior.

It followed the world number one's decision to press ahead with an exhibition tournament in the Balkans, where social distancing was minimal. Djokovic, Grigor Dimitrov, Borna Coric and Viktor Troicki all tested positive for COVID-19.

"Don't @ me for anything I've done that has been 'irresponsible' or classified as 'stupidity' – this takes the cake," Kyrgios tweeted.

Kyrgios also lashed "selfish" Alexander Zverev after he was spotted partying despite vowing to self-isolate following Djokovic's Adria Tour, while questioning Dominic Thiem's intellect after the Austrian hit out at his criticism.

The exchanges follow Kyrgios's admirable, and often emotional, efforts to drum up support for victims of the devastating bushfires that ripped through Australia this year, earning him new respect.

Often lamented in the media as a loud mouth and wasted talent, Sydney's Daily Telegraph is now calling 40th-ranked Kyrgios the "voice of reason."

"Crazy events are happening every day in sport but the wackiest of all is Nick Kyrgios becoming a COVID crusader and the clear-thinking conscience of a twisted tennis world," it wrote recently. "St Nick. Moral guardian. Who'd a thunk it?"

Tennis great John Newcombe also praised him for calling out players flouting COVID-19 protocols, but suggested he should do so less publicly.

"I know when we were playing, if you had a problem you took it to the person. You didn't make it public. But it's a different world, I guess," he told reporters.