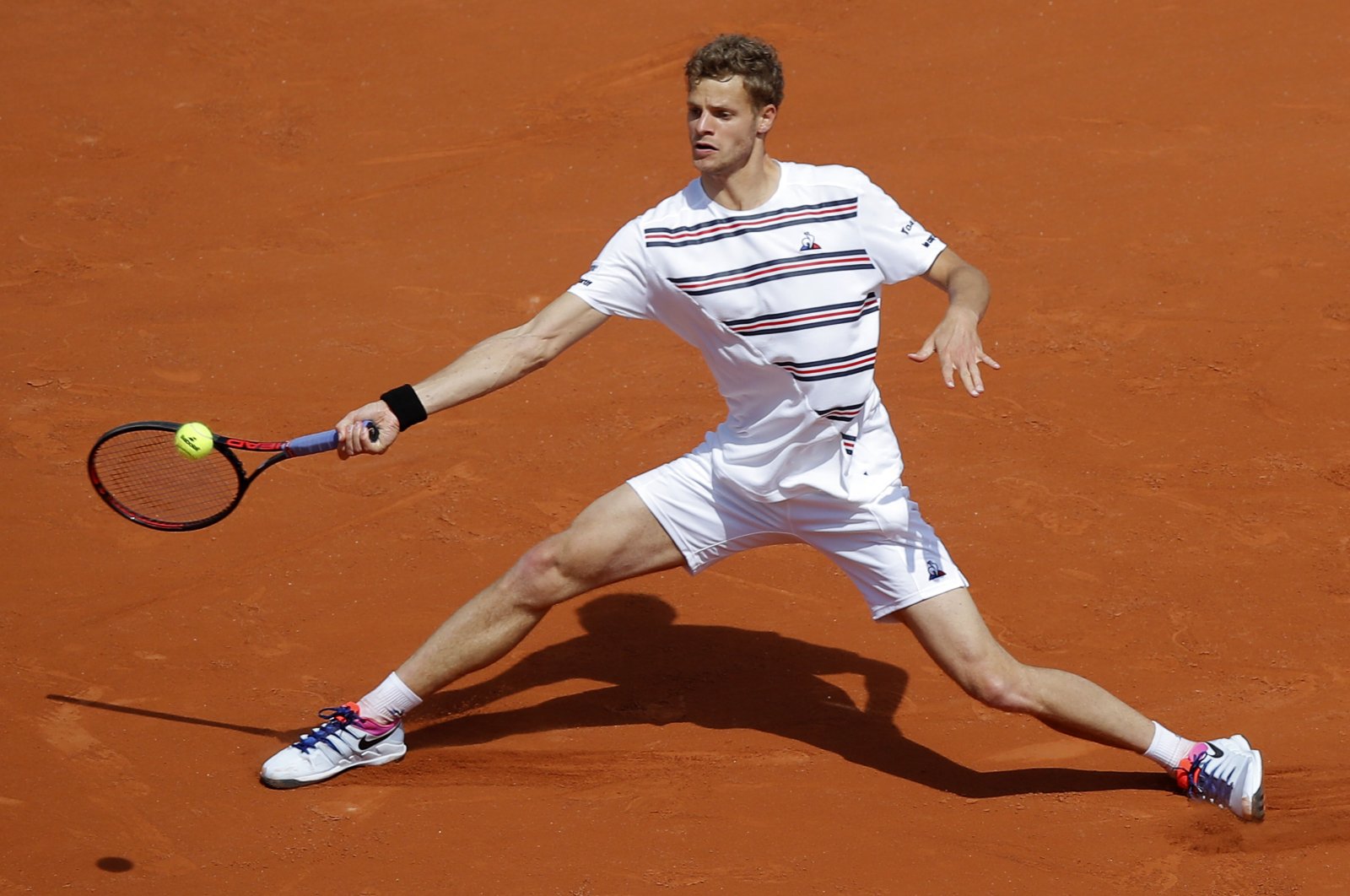 Almost 12 months ago, German qualifier Yannick Hanfmann lost in three sets against mighty Rafael Nadal in the first round of the French Open in Paris but still pocketed some $50,000.

On Thursday, he started playing for the second time in a week at a small eight-player exhibition event in the German town of Hoehr-Grenzhausen, after winning the first to receive 700 euros ($750) and a small appearance fee.

Ranked 143rd in the world, Hanfmann is among those tennis players who feel the full force of the coronavirus-related suspension of play – at least until mid-July but very possibly longer.

While naming his current financial situation "OK," the 28-year-old admits that "if the lockdown continues for the rest of the year I would really have to think things over.”

"The question is how such a year can hurt in the long run. You certainly can't get security for the following years," he said.

The small events in Germany give lower-ranked players an opportunity to play some matches in competition-like conditions while under strict safety and hygiene regulations but Hanfmann says "they can't be a permanent solution" because the earnings aren't sufficient.

Tennis players have no monthly salary and are in a global sport that requires lots of travel and having to pay coaches and other team members from their income.

Hanfmann said that players in the lower area of the top 200 are especially affected.

"I believe that investments into their own career are in danger," Hanfmann said, stating that many players could not afford a coach or physiotherapist any more.

Compatriot Jan-Lennart Struff, who lost to Nadal in the fourth round of the 2019 major in Paris, believes that "many will bite the dust."

The men's and women's tours ATP and WTA, the world governing body ITF and the four grand slams have raised more than $6 million to help some 800 lower-ranked players in the crisis.

But the current problems highlight again the big difference in prize money.

"The drop is just too high. Prize money is structured in such a way that it is an extreme difference whether you are top 80, top 100 – or higher," Hanfmann said.

World ranking leader Novak Djokovic has seemingly suggested that the top 100 players should help the others, with the aim of giving every player ranked from 250 to 700 a sum of $10,000, according to a letter quoted from by French sports paper L'Equipe.

"Many of them are considering quitting tennis because they simply can't survive financially," Djokovic was quoted as saying.

Austrian Dominic Thiem, the finalist from Paris 2019, has appeared not ready to help, for which he has been criticized, including by veteran German Dustin Brown who five years ago famously beat Nadal at Wimbledon.

Brown said he lived in a camper van at the beginning of his career, getting just $117 minus tax in the case of a first-round loss at certain tournaments, and stringing rackets for other players to earn a little more.

"If this would (have) happened then, it would have cost me my career!" Brown tweeted.

Now the 35-year-old is also playing again in Hoehr-Grenzhausen.