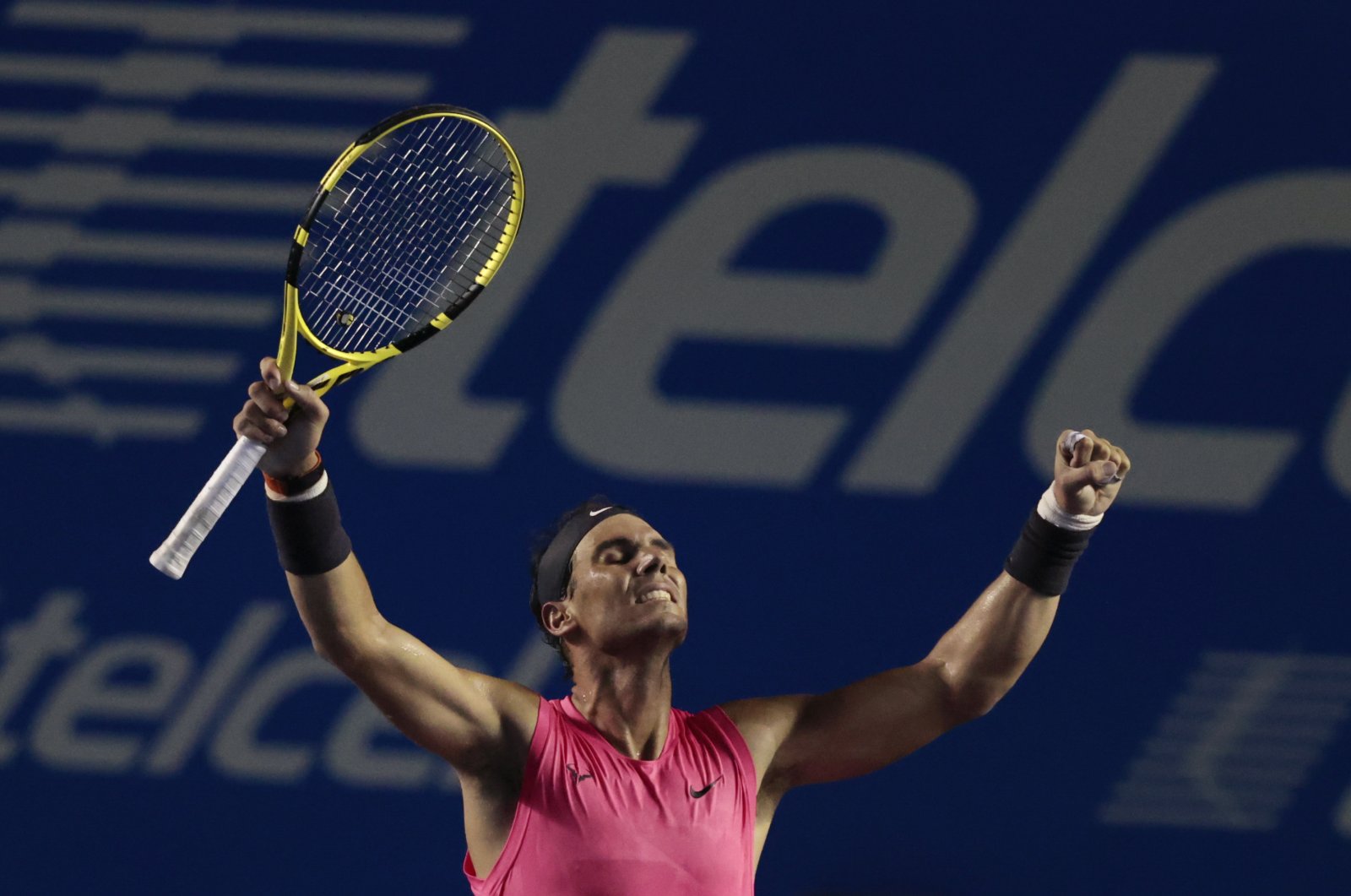 The leading tennis tours of the Association of Tennis Professionals (ATP) and Women's Tennis Association (WTA) will resume in August after a five-month suspension due to the coronavirus pandemic, organizers said Wednesday, while the U.S. Open and French Open grand slams were also confirmed.

The qualifying tournament, which would not have been feasible in the previous two-week plans, will start on Sept. 21, a boost for lower-ranked players who have been especially hit hard by the lack of earning opportunities since tennis was shut down in March.

It also means there is more space between the end of the U.S. Open on Sept. 13 and the French Open main draw.

The U.S. Open will be staged without fans and will not include a qualifying draw.

An FFT statement said it had consulted with the ATP, WTA and International Tennis Federation (ITF) to allow the Roland Garros showpiece the benefit of an extra week.

"We are delighted that consultation with the various international tennis authorities has enabled the 2020 edition of the Roland Garros tournament to be extended to three weeks," French tennis federation president Bernard Giudicelli said.

"In the current context, we are fully aware of the privilege of being able to organize Roland Garros in its usual form. Especially since the holding of qualifications will also participate in financially supporting a category of players and professional players affected by this unprecedented crisis," he said.

While warning that everything was dependent on the COVID-19 crisis continuing to abate in France, the FFT said the tournament would have fans although the number was yet to be decided.

"It will absolutely not be behind closed doors. There is no final decision on the number of spectators, which will be decided on with the public authorities," Giudicelli told reporters Wednesday.

The men's ATP Tour will resume on Aug. 14 with the Citi Open, the ATP 500 event in Washington, D.C., while the first WTA event will be staged in Palermo, Italy from Aug. 3.

The new schedule will be subject to continued assessments relating to health and safety and international travel policies, ATP chairman Andrea Gaudenzi said.

"At every turn, ensuring that the resumption of the Tour takes place in a safe environment will be paramount," he said.

Following the Citi Open, the Cincinnati Masters 1000 will be held at Flushing Meadows, followed by the U.S. Open.

The men's clay-court swing will start on Sept. 8 in Kitzbuhel, Austria, overlapping with the second week of the U.S. Open. Players will then be able to get more time on clay at the Madrid and Italian Opens before Roland Garros.

The WTA announced 20 tournaments, beginning in Palermo, before Cincinnati (played at Flushing Meadows) and the U.S Open before moving to the clay of Madrid and Rome.

After that, the WTA Tour will traverse Europe and the Asia Pacific, including the China Open in Beijing and the season-ending WTA Finals in Shenzhen set for Nov. 9-15.

"For now, the vital energy of spectators in stadiums will be greatly missed, but our broadcast and social media partners are exploring new ways to engage with our fantastic fans," WTA chairman Steve Simon said.

While the tennis season now has some clarity, not all players are supportive, especially of the U.S. Open's decision to go ahead while the virus is still rife in the U.S.

Leading players including world No. 1s Ash Barty and Novak Djokovic had previously expressed doubt about the viability of playing in New York, a coronavirus hotspot, under a strict hygiene regime.

Six-time U.S. Open champion Serena Williams, however, confirmed she was on board to again chase a record 24th grand slam and said she "can't wait to return to New York."

"First and foremost, our decision-making has been guided by the health and well-being of all who will take part in the 2020 US Open," United States Tennis Association President Patrick Galbraith said.

"After educating ourselves through consultations with experts, and following near round-the-clock planning for three months, we are confident that we have a plan that is safe, viable and the right thing to do for our sport," he said.

The ITF said its ITF World Tour, the domain of lower-ranked players, will resume on Aug. 3 for women and Aug. 17 for men.