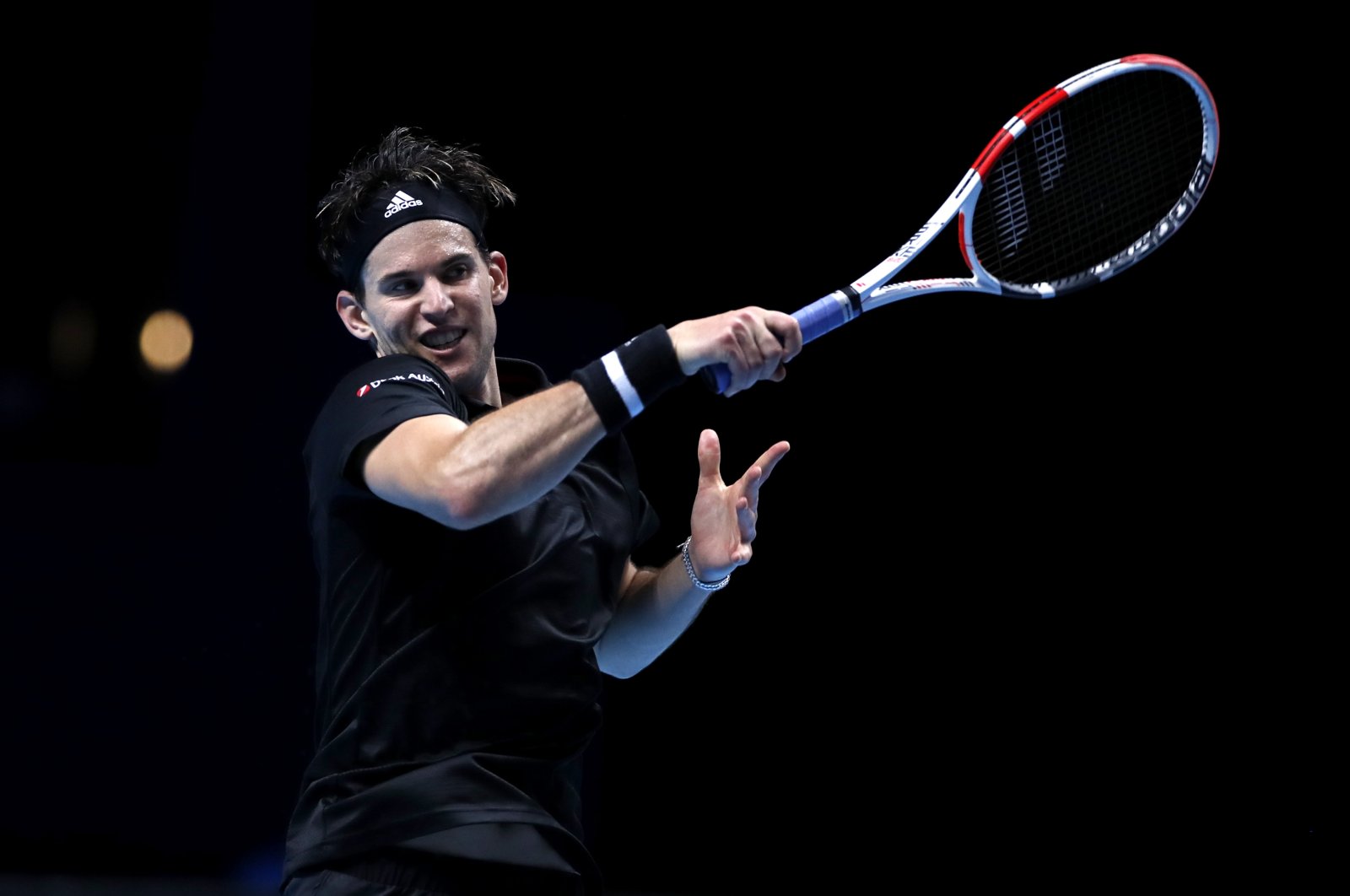 Austria's Dominic Thiem produced a fearless display of attacking tennis to beat Rafael Nadal 7-6 (7), 7-6 (4) in a high-quality duel to book his place in the last four at the ATP Finals Tuesday.

"Definitely one of the better matches I have played so far in my career," this year's U.S. Open champion Thiem said.

Crucially he saved a couple of set points in the first tiebreak before whipping away a forehand to take an opening set in which there was barely a cigarette paper between the two.

Spaniard Nadal, bidding to win the only big title to elude him, engineered the first break of the match at 3-3 in the second set only for Thiem to reply in stunning fashion.

Nadal was on the brink of defeat when he slipped 0-40 behind serving at 4-5 after a wayward smash, but the 20-time Grand Slam champion dug himself out of a hole, saving three match points, one with a deft drop volley that clipped the tape.

Thiem was unshakeable, however, and played the sort of courageous tennis that has become his trademark as he forged his way into a 6-3 lead in the day's second tiebreak.

Nadal clawed one point back, but Thiem finished it off when his opponent dragged a backhand wide, a rare unforced error in an absorbing contest sadly played out in an empty O2 Arena.

"It was very important to get that first set because the winning percentage he has after winning the first set is incredible," Thiem, who claimed a sixth win in 15 matches against Nadal, said. "It's almost impossible to beat him after losing the first set."

Nadal said "small details" decided a superb contest and remains confident he can still win the elusive title, although on Thursday he faces a shootout with Tsitsipas, who survived an ambush by Russian debutant Rublev to win 6-1, 4-6, 7-6(6).

"It's going to be another tough one but playing like this I am confident that I can have my chances in the tournament," Nadal, twice a runner-up in London, said.

The quality of the rallies in the first set would have graced any final and heading into the tiebreak both players had won 34 points, with hardly a free gift in sight.

So it was a surprise to see a couple of errors from both men in the breaker. Nadal served a double-fault and Thiem, after battling back from 2-5 to 5-5, then threw in one of his own.

Nadal netted a routine backhand on his first set point but was powerless as Thiem saved another with a rasping forehand.

Thiem's chance then arrived and he was ruthless, again clubbing a forehand out of the Spaniard's reach.

When Nadal saved the match points in the 10th game it looked like the contest would swing his way but Thiem had other ideas.

Elegant Greek Tsitsipas took the opening set against Rublev in 19 minutes but then got dragged into a dog fight.

The combative Rublev grabbed the second set out of nowhere and was the aggressor for much of the decider, eking out a match point in the deciding set tiebreak only to double-fault.

Tsitsipas, beaten by Thiem on Sunday, took full advantage of his fortune to win the next two points and keep his hopes of advancing to the semifinals in his own hands.