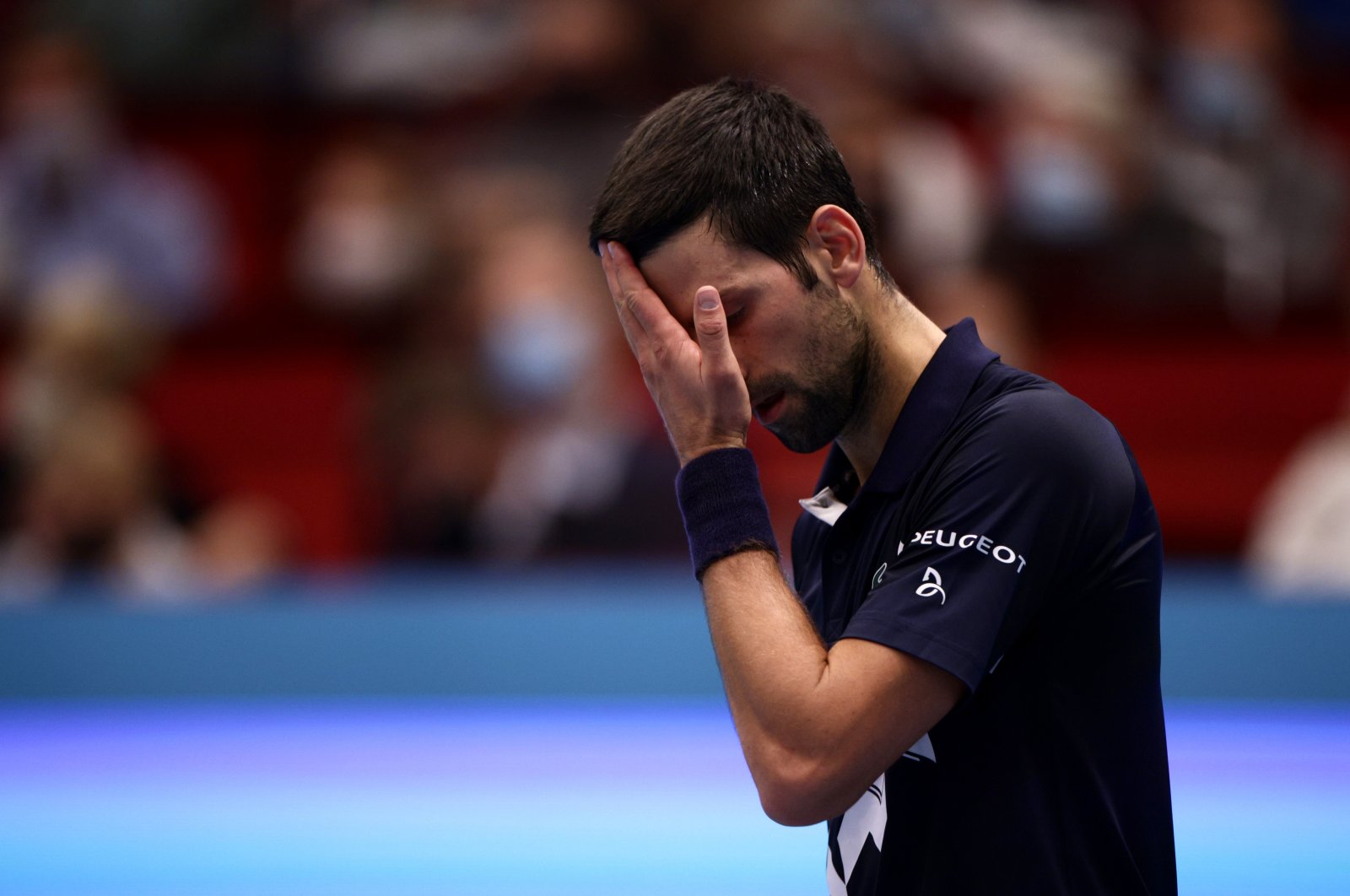 World No. 1 Novak Djokovic and U.S. Open champion Dominic Thiem crashed out of the Vienna Open in the quarterfinals on Friday, with both top seeds beaten in straight sets by Lorenzo Sonego and Andrey Rublev respectively.

Djokovic, who had a 39-2 record this year, failed to convert a single break point in a 6-2 6-1 loss while Sonego broke the Serb five times for the biggest win of his career.

Sonego's first top-10 victory capped a dream week for the 25-year-old, who lost the final qualifier but entered the main draw as a lucky loser.

"For sure it's the best victory of my life," Sonego said in an on-court interview. "I played so, so good today. I like this tournament, I like the conditions here. It's unbelievable."

Djokovic said knowing that he had already secured the year-end No. 1 spot in the rankings affected his performance and the 33-year-old, who will not be defending his Paris Masters crown, is already looking forward to the season-ending ATP Finals.

"I've done what I needed to do and why I came here. I move on completely fine with today's result and looking to the next chapter," Djokovic said. "I'm healthy and looking forward to a strong finish in London."

With neither player dropping serve in the opening set, it was Rublev who managed to swing the momentum his way in the tiebreak with what he described as "two unreal rallies" at 4-3 before early breaks in the second allowed him to seal the tie.

Rublev is seeking a Tour-leading fifth title of the year having won in Doha, Adelaide, Hamburg and, most recently, St. Petersburg earlier this month.

"I came here with the mood that I have nothing to lose," Rublev said. "I already (had) a really great season."

"I came here with zero expectations, just to do my best. To try to fight every match. At the end, I am here in the semifinals."