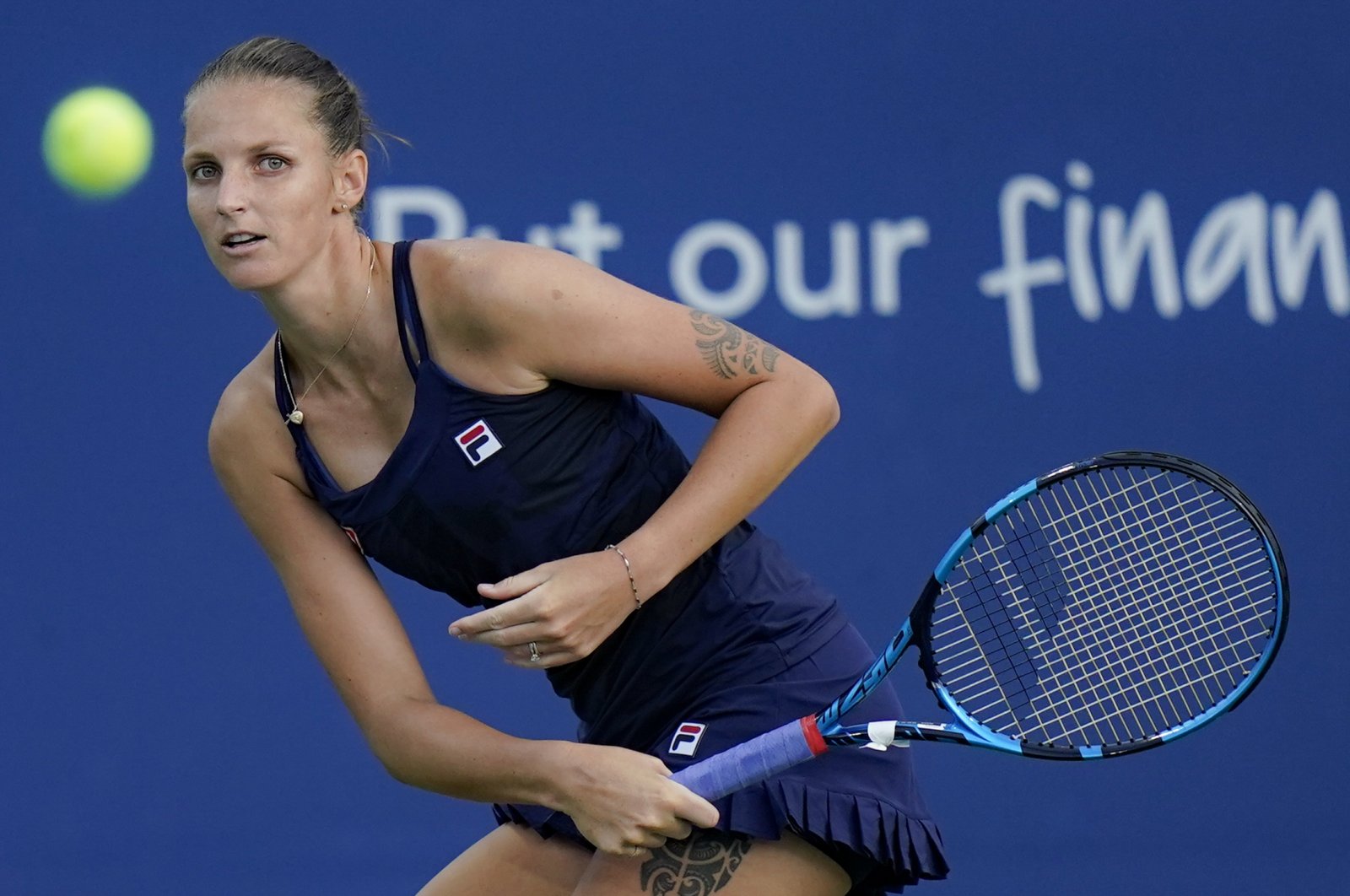 Karolina Pliskova, the top seed at the Western & Southern Open, was stunned by Russian world No. 41 Veronika Kudermetova in the second round Sunday in New York.

Kudermetova clawed her way back from 1-4 down in the opening set to defeat the Czech 7-5, 6-4 and book a place in the third round.

"I just tried to fight every point, to stay focused on every game and I'm really happy about this win," said an elated Kudermetova, after scoring just the second top-five win of her career.

Over on Grandstand court, second seed and reigning Australian Open champion Sofia Kenin followed Pliskova out of the tournament, succumbing to French world No. 60 Alize Cornet 6-1, 7-6 (9-7) after a dramatic second set.

Kenin was trailing 1-6, 2-5 before she saved two match points, rallied back from a double-break down and inched ahead 6-5. In a gripping tiebreak, Cornet saved two set points and finally wrapped up the upset on her fourth match point.

"You know I'm a fighter, I'm always fighting, so it's not new. My God, I can barely breathe," Cornet said after the win.

Stefanos Tsitsipas showed zero signs of rust as he eased past South Africa's Kevin Anderson to reach the third round.

The Greek No. 4 seed, who made back-to-back finals in February before the tour was suspended due to the coronavirus pandemic, was contesting his first official match since March but picked up right where he left off, defeating Anderson 6-1, 6-3 in just 68 minutes.

The 22-year-old is now 14-5 win-loss on the season and will face either John Isner or John Millman in the next round.

Men's No.14 seed Grigor Dimitrov rebounded from a break down in the second set to beat Frenchman Ugo Humbert 6-3, 6-4 in what was his first match back since recovering from the coronavirus.

The Bulgarian tested positive for the virus in June following his participation in Novak Djokovic's Adria Tour and described the experience as one of his "toughest battles" ever.

Dimitrov, who was a semifinalist at the U.S. Open last year, arrived in New York less than two days prior to his match against Humbert and did well to dispatch the 22-year-old in 84 minutes.

"I had no expectation coming into the match," said Dimitrov, a champion in Cincinnati in 2016.

"I arrived like a day and a half ago, I'm so jetlagged right now, it's crazy. There were a lot of obstacles clearly in the last couple of months, I just have to find a way."

Dimitrov is still not back to 100% physically but said he wanted to challenge himself by attempting to compete in New York. He detailed his struggles with the virus and hopes to serve as an example to other players, who may not be taking COVID-19 as seriously as they should be.

"The first week was just tragic, coming out of it," explained the 29-year-old. "I started by just walking. I couldn't really do any exercise, I could not lift weights, I couldn't play tennis. So all I had to do was walk. I started actually crawling in the house, then walking outside, then slowly started to run a little bit each day."

Dimitrov next tackles Hungarian qualifier Marton Fucsovics in the second round.

Russian No. 11 seed Karen Khachanov enjoyed a comfortable 6-4, 6-4 win over the tricky Alexander Bublik, who challenged his opponent to a basketball game of one-on-one after the match.

"I destroyed him there, as well, so, you know, he goes home with 2-0 down," joked Khachanov.

Britain's Dan Evans took out Russian No.10 seed Andrey Rublev 7-5, 3-6, 6-2 to set up a second round against Canada's Milos Raonic.

Australian Open quarter-finalist Ons Jabeur, of Tunisia, survived a tough duel with 17-year-old Canadian Leylah Fernandez, coming through 0-6, 6-4, 6-3 in one hour and 55 minutes. Jabeur, who next faces No. 7 seed and defending champion Madison Keys.