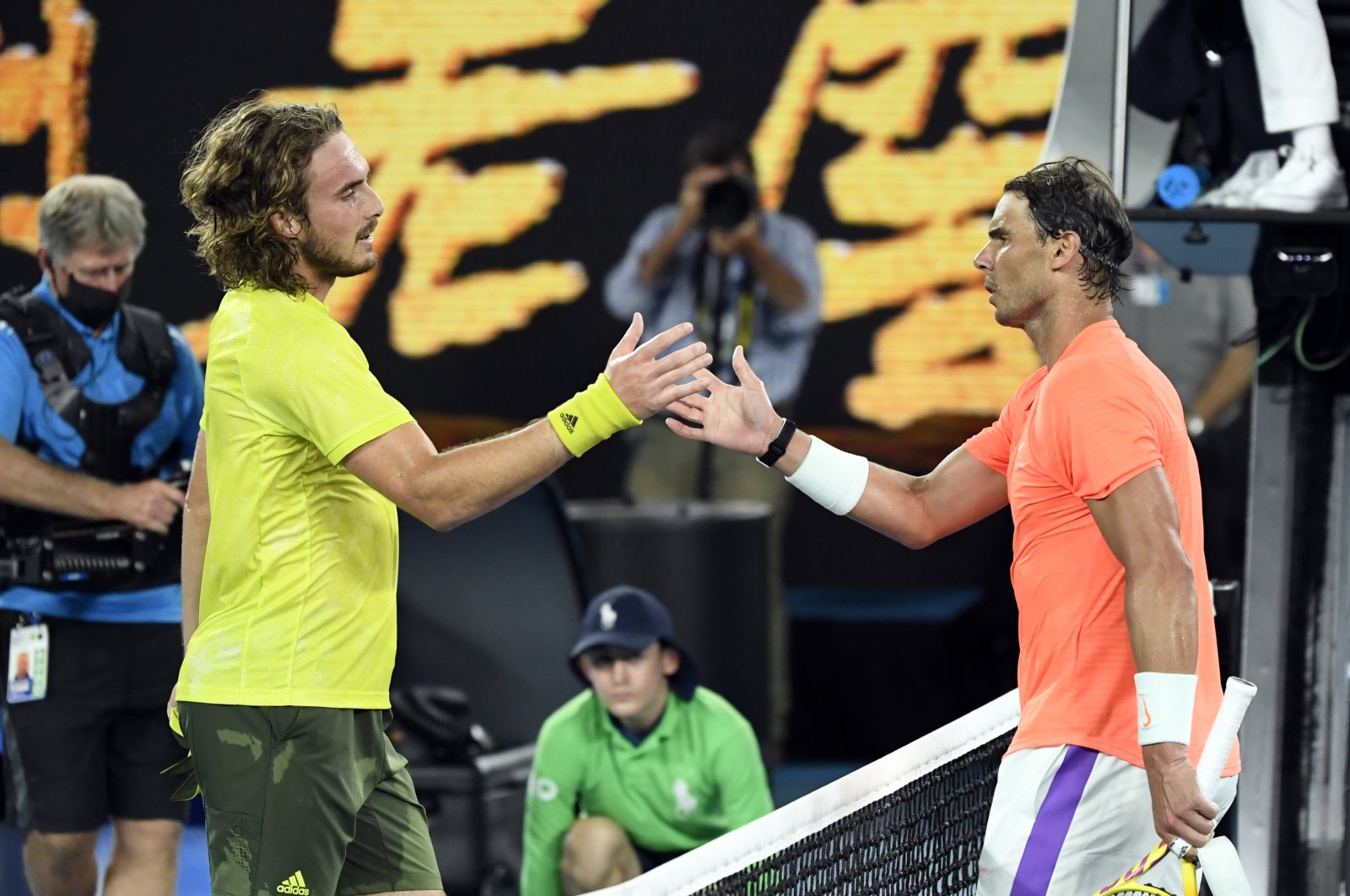 "I don't know what happened after the third set – I fly like little bird, everything was working for me," said Tsitsipas, who hit 49 winners and 17 aces. "The emotions at the end were indescribable, they were something else."

The 22-year-old credited a composed temperament for his turnaround.

"I was able to be consistent with my mood and be calm in the crucial moments," he said.

"I've been trying to keep everything to myself and I'm happy with my attitude I showed on the court."

It was just the second time Nadal had lost when two sets up in a Grand Slam, having previously fallen to Fabio Fognini in the third round of the 2015 U.S. Open.

Nadal, 34, remains tied with Roger Federer on 20 Grand Slam titles, but Novak Djokovic can pull within two if he wins his 18th major trophy at Melbourne Park.

Fifth seed Tsitsipas will now attempt to reach a maiden Grand Slam final when he plays the in-form Daniil Medvedev in the semifinal.

"He's playing very well and is in good shape. I know he is going to give me a difficult time on the court," said Tsitsipas, who has a 1-5 record against the Russian.

"I need to recover and do a nice ice bath."

He beat Nadal for just the second time in eight matches. Djokovic will play the other semifinal against Russian qualifier Aslan Karatsev.

Nadal, sweating profusely in the muggy conditions, was in vintage form until a nerveless Tsitsipas turned the match on its head after snatching the tiebreak in the third set.

The momentum shifted towards Tsitsipas in the fourth set and he finally cracked Nadal's serve to force a deciding set.

Both players served well under pressure in a tense fifth set before Tsitsipas gained the pivotal break in the 11th game and then clinched his memorable victory with a backhand winner down the line.

That drama had appeared unlikely when an aggressive Nadal cruised through the opening two sets, toying with Tsitsipas and moving him around the court.

Tsitsipas, however, hung in there to force a third set tiebreak, where Nadal's loose play ultimately proved fatal.

Nadal was hoping to end a 12-year drought at the Australian Open, the only Slam he has not won multiple times.