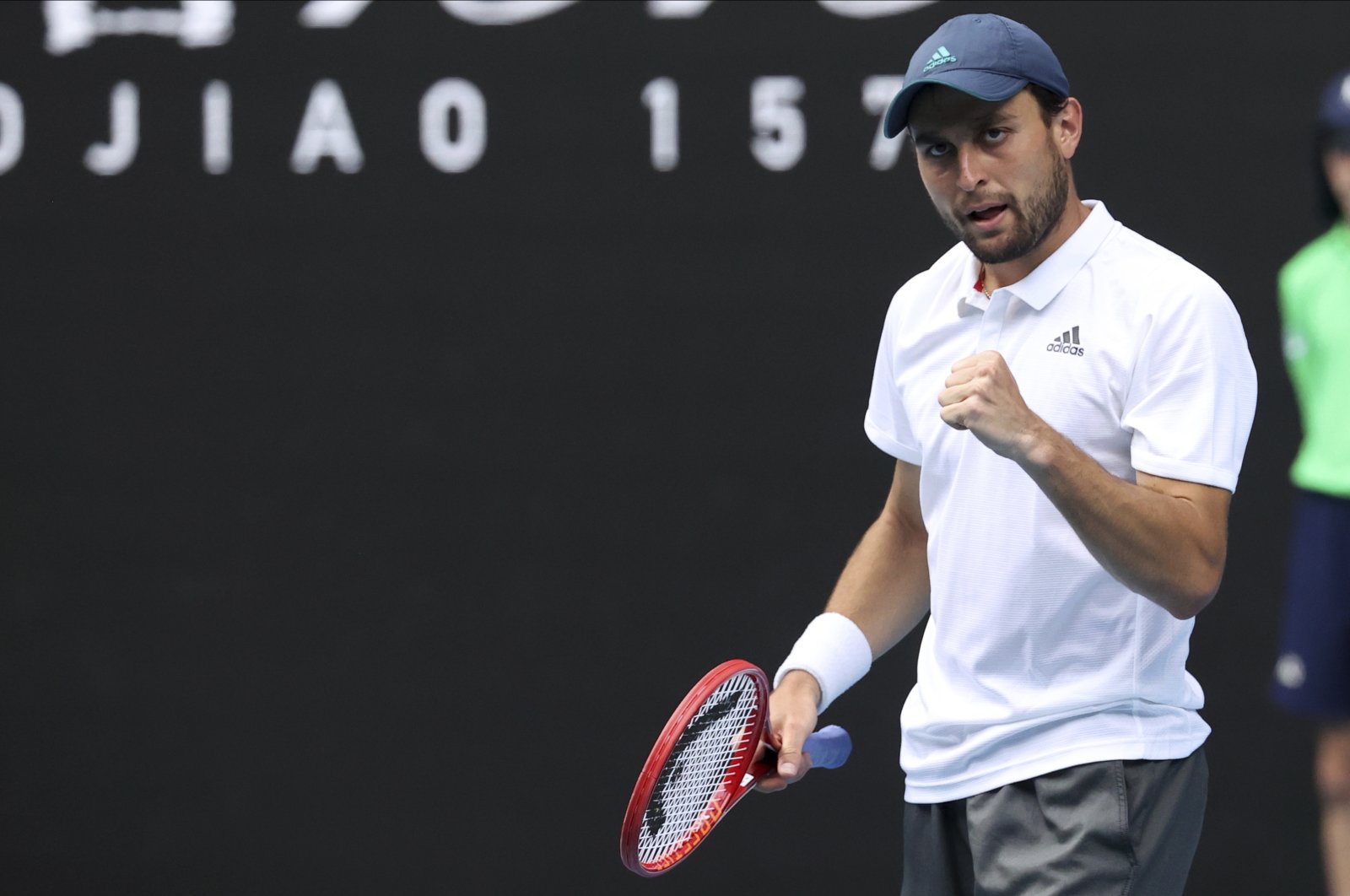 Aslan Karatsev never had managed to make it into the main draw of a Grand Slam tournament. Now he just refuses to leave the Australian Open.

Karatsev, a 27-year-old Russian qualifier who is ranked 114th, became the first man in the professional era to reach the semifinals of his first major tennis tournament by beating the 18th-seeded Grigor Dimitrov 2-6, 6-4, 6-1, 6-2 Tuesday.

That's a pretty good word for what he has managed to do. Karatsev failed in nine previous attempts to go through qualifying rounds to play at a Grand Slam tournament.

Now he's making the most of it, getting past Dimitrov – a three-time major semifinalist – after also eliminating two other seeded players, No. 8 Diego Schwartzman and No. 20 Felix Auger-Aliassime.

Bothered by back spams that developed Monday, Dimitrov was not at his best. He finished the match barely able to serve – and barely able to walk up the stairs as he departed Rod Laver Arena.

Dimitrov jumped out to an early lead with three service breaks in the first set. He then held seven break points in Karatsev's first two service games in the second set, but didn't convert any of them.

That's when Karatsev started to believe he could stretch his already remarkable run even further.

"It was really tough in the beginning for me to hold my nerves," Karatsev said. "It was tricky. I tried to play in the second set, to find a way how to play."

Dimitrov stopped chasing shots in the third set, then was visited by a trainer and took a medical timeout for treatment on a muscle problem around his lower back.

He hadn’t dropped a set in his first four matches here but said he had trouble putting his socks on before the match.

"It started yesterday," Dimitrov said, "out of the blue."

Karatsev will play either eight-time champion Novak Djokovic or Alexander Zverev next. Russians Daniil Medvedev and Andrey Rublev are meeting in a quarterfinal on the other half of the draw on Wednesday, meaning there'll be two Russians in the semifinals at Melbourne Park.

Asked for his thoughts on the possibility of an all-Russian final, Karatsev stuck with what he knows.

"I try not to think about it," he said, adding that he simply is "going from match to match."

For Naomi Osaka, the tournament buzz at the Australian Open spoiled the surprise: She will face Serena Williams next.

Osaka overpowered Hsieh Su-wei 6-2, 6-2 to reach the semifinals, and will meet Williams, who downed No. 2-seeded Simona Halep 6-3, 6-3 on Rod Laver Arena.

"Normally I never look at my draw," Osaka said. "But everyone has told me about my draw here, so I kind of had no choice but to know who my next opponent is. It’s definitely going to be really fun."

Seeded third, Osaka reached 196 kph (122 mph) on her serve against Hsieh. She hit seven aces, lost only two points on her first serve and was never broken en route to her 19th consecutive victory.

Osaka also played excellent defense, such as in the final game, when she raced forward to chase down a drop shot, flicking a backhand cross-court for a winner.

"I couldn’t afford to be lazy with my footwork," Osaka said with a smile. "I didn’t want to play three sets."

"It makes me a bit more calm, knowing that my back was severely against the wall," Osaka said.

Osaka is 4-0 in the Grand Slam quarterfinals, including a victory en route to the Australian Open title in 2019. Against Williams, her record is 2-1, but they haven't played each other since 2019.

"She’s Serena," Osaka said. "I feel really intimidated when I see her on the other side of the court."