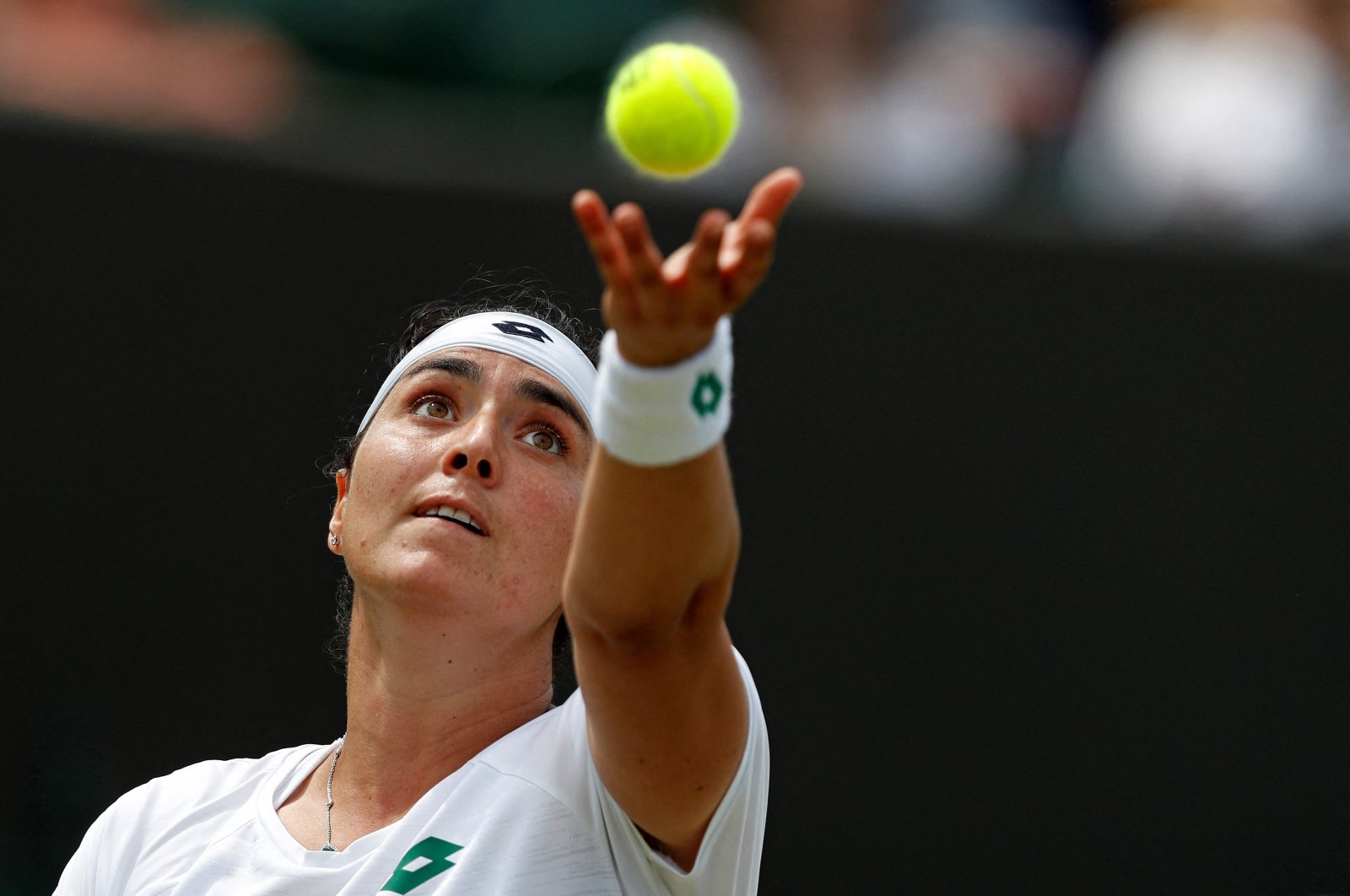 Tunisia’s Ons Jabuer made history on Monday as she became the first Arab woman to reach the Wimbledon quarterfinals after defeating Iga Swiatek 5-7, 6-1, 6-1.

Jabeur lost four games in a row from a position of strength to concede the opening set on Court Two but responded in sensational fashion to outplay last year's French Open champion.

When Swiatek struck a majestic backhand winner down the line to take the opening set it seemed that the Pole was beginning to take charge of a match in which she started nervously.

But Jabeur started the second set like a woman on a mission, breaking to love in the opening game then holding her own serve with a trademark dropshot that had Swiatek slamming her racket into the net tape in frustration.

It was a sign of things to come as Jabeur broke serve again in the next game with a belting forehand winner at the end of a long baseline exchange.

Jabeur then saved three break points, one with an ace, to lead 4-0. Swiatek's serve begun to look vulnerable and on set point down she rolled in a 66 mph (106 kmh) delivery that Jabeur nonchalantly dinked over for a winning dropshot.

There was no stopping 21st seed Jabeur in the decider after a Swiatek double fault gifted her a 3-1 lead.

Serving for the match at 5-1 she showed no nerves, sealing a win with an ace and receiving a warm ovation from the crowd who thoroughly enjoyed watching her multi-dimensional game.

Jabeur, who became the first Arab woman to win a WTA title on the Birmingham grass in the build-up to Wimbledon, faces Belarusian second seed Aryna Sabalenka on Tuesday.

The Tunisian will be looking to post her best Grand Slam run, having reached the Australian Open quarter-finals in 2020.