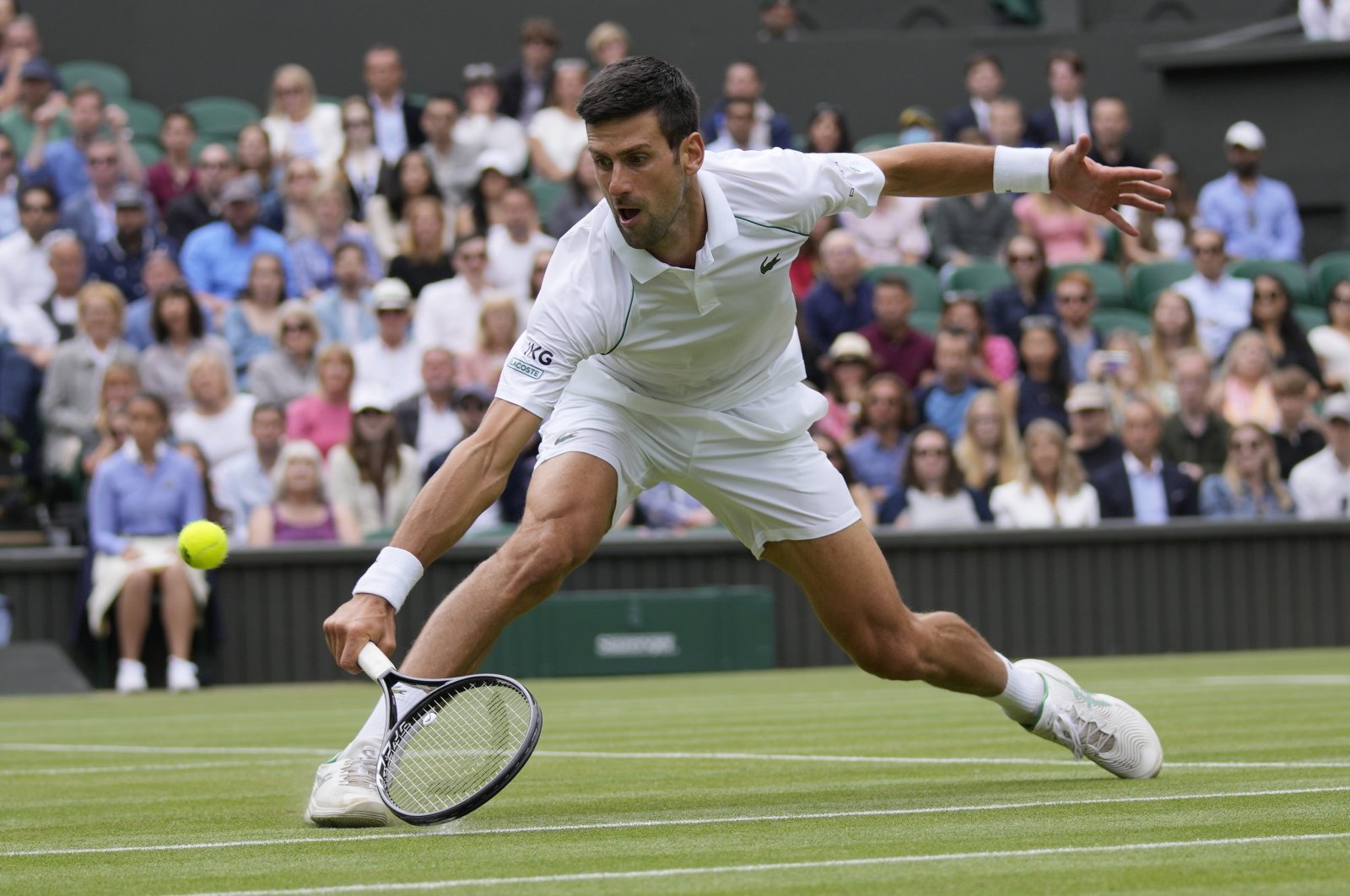 Veteran Novak Djokovic will have a sixth Wimbledon title and record-equalling 20th Grand Slam in mind when he takes the Center Court at the All England Tennis Club for his semifinal match against Denis Shapovalov on Friday.

The world No. 1 will be the overwhelming favorite against Shapovalov, the Canadian player he has already beaten six times out of six.

Victory for the Serb would send him into a Sunday championship match against either Italy's Matteo Berrettini or Poland's Hubert Hurkacz, the man who sent eight-time winner Roger Federer crashing in the quarterfinals.

Djokovic is playing in his 10th semifinal at Wimbledon and 41st at the majors while his progress at the event has comfortably taken his career earnings past the $150 million mark.

None of the other three pretenders have ever got this far at the tournament.

Only Berrettini has tasted the experience of a semifinal at the Grand Slams, at the 2019 U.S. Open.

Apart from dropping the first set of his opener against British wildcard Jack Draper, Djokovic has been untroubled.

"I feel like I've been playing, hitting the ball well throughout the entire tournament, putting myself exactly where I want to be: semifinals," said 34-year-old Djokovic, who can reach his 30th Slam final Friday.

"Not spending too much energy. Now I really have to be consistent from the first to last point in the next match, and hopefully another one on Sunday."

Djokovic has only dropped serve four times at this year's Wimbledon and faced just 15 breakpoints.

Victory on Friday will take him a step closer not only to a sixth Wimbledon title but also to becoming just the third man in history to complete a calendar Grand Slam.

It's a feat so rare that it hasn't been achieved since Rod Laver swept all four majors in the same year for a second time in 1969.

"Sometimes things do look surreal for me but I try to live in the moment and take every opportunity I have on the court," said Djokovic.

In the quarterfinal, the 22-year-old had to mix style and steel to see off Russia's Karen Khachanov in five sets.

On Friday, he will need to have his service game, which has powered 60 aces so far, cranked up to the maximum.

Before this year, Shapovalov had only won one match at Wimbledon while his best Grand Slam performance was a run to the U.S. Open quarterfinals last year.

"Novak is the best player in the world but I think anything is possible," said Shapovalov who has only won two sets against the Serb in his six losses.

Berrettini is the first Italian man in the Wimbledon semifinals since Nicola Pietrangeli in 1960.

Adriano Panatta remains his country's last male champion at a Slam in the 1976 French Open.

Berrettini has a game made for grass, however, and arrived at Wimbledon with the prestigious Queen's Club title under his belt.

The 25-year-old world No. 9 is only playing his third Wimbledon but has stormed into the semifinals on the back of a tournament-leading 79 aces, saving 20 of 25 breakpoints.

"I'm a better player now. I have more experience. I had more matches on my shoulders. Everything that I am achieving, it's great, but it's not something that I didn't expect," said the powerfully-built Italian.

Hurkacz is only the second Polish man to make the last four at Wimbledon after Jerzy Janowicz in 2013.

The 24-year-old's run to the semifinals is impressive as he had won just one match on tour between his surprise Miami Masters title in March and the start of Wimbledon.

That dismal streak included defeat in the first round of the French Open to world No. 154 Botic Van de Zandschulp and first-up losses in the grass-court events at Stuttgart and Halle.

The defeat in Stuttgart was particularly painful as it came at the hands of Dominic Stricker, ranked a lowly 335 at the time.

However, his win on Wednesday was against a far more famous Swiss, eight-time champion Federer.

"Walking off the court realizing that I won against Roger was a dream come true, especially here on grass in Wimbledon," said the world No. 18 who had never previously got beyond the third round of a Slam before this Wimbledon.