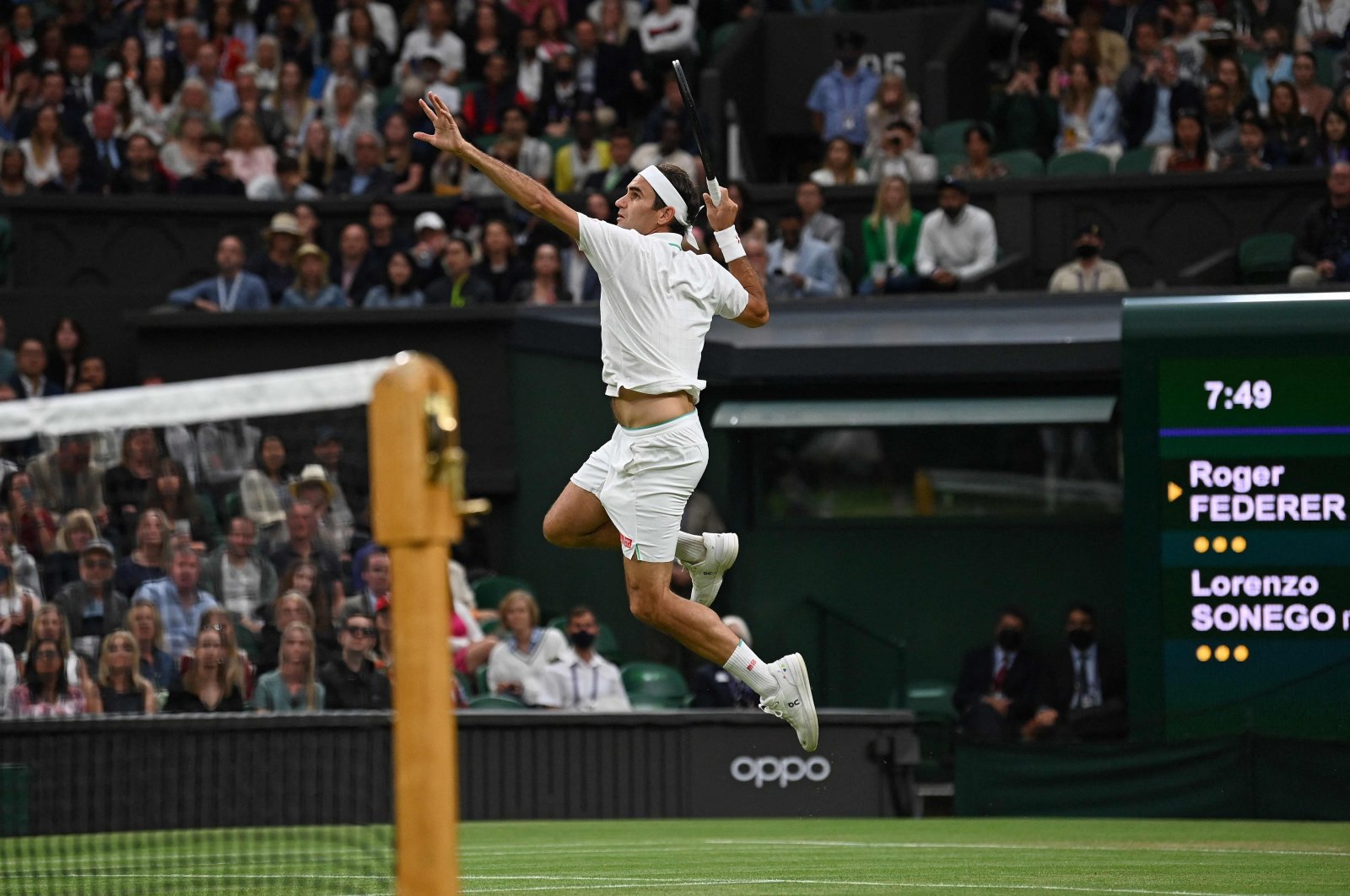 Tennis veterans Roger Federer and Novak Djokovic prepare to make landmark appearances in the Wimbledon quarterfinals on Wednesday as both inch closer to a title showdown.

World No. 1 Djokovic, chasing a sixth title at the All England Club and record-equalling 20th Grand Slam, plays his 50th quarterfinal at the majors.

The Serb tackles Marton Fucsovics, the first Hungarian man to get this far since 1948.

Federer, just five weeks shy of his 40th birthday, is in his 18th Wimbledon quarterfinal and 58th at the majors.

He faces either second seed Daniil Medvedev or Hubert Hurkacz with their last-16 tie still to be decided due to Monday's rain.

Having already become just the third man to win all four Slams more than once by lifting his second French Open last month, Djokovic now has another record in his sights.

As a result, the 34-year-old is already being hailed as the greatest player of all time, surpassing even Federer and the absent Rafael Nadal.

"I feel privileged and honored of course and very happy to be in this position to make history in the sport," said Djokovic.

"At the same time, I need to go about my everyday routines and everyday life on the tour pretty much the same way that I feel it has reaped a lot of success for me."

'Left in the tank'

Djokovic enjoys a 2-0 head-to-head record over 29-year-old Fucsovics who has made the last-eight of a Slam for the first time.

Fucsovics knocked out fifth seed Andrey Rublev in the fourth round in five sets after the Russian had swept their previous four matches in a nine-month spell.

Worryingly for the Hungarian, Djokovic has only faced nine break points through four rounds at the tournament.

Federer, chasing a ninth Wimbledon title, boasts a 3-0 advantage over Medvedev and won his only meeting against Poland's 18th-ranked Hurkacz.

"We'll see how much more I got left in the tank," said 39-year-old Federer, the oldest man to make the quarterfinals in the Open Era.

He struggled in his opener against Adrian Mannarino who had to retire injured at two sets each.

"I felt like now I've had some good progress. I'm taking the ball earlier. Obviously, I've gotten used to the conditions, gotten used to the balls, the court speed," said Federer whose comfortable last-16 win against Lorenzo Sonego was the 105th of his Wimbledon career.

Should Federer reach the semifinals, he will face either Italian seventh seed Matteo Berrettini or Felix Auger-Aliassime, the 16th-seeded Canadian.

Berrettini, the Queen's Club winner, has emerged as a champion-in-waiting should Djokovic or Federer falter.

He has fired a tournament-leading 67 aces and dropped serve just twice.

Berrettini reached his maiden Slam quarterfinal at the French Open last month where he lost to Djokovic.

Auger-Aliassime, 20, is in the last-eight of a Slam for the first time after knocking out German fourth seed Alexander Zverev in five sets.

The two are close friends while their respective girlfriends are cousins.

Auger-Aliassime is dating Nina Ghaibi while Berrettini is romantically involved with Australian player Ajla Tomljanovic who reached the women's quarterfinals.

Berrettini defeated his friend in the final of the Stuttgart grass-court final in 2019.

"Both our girlfriends are cousins, so it just happens that we spend a lot of time together," said Auger-Aliassime.

Wednesday will see two Canadian men in the last-eight of a Slam for the first time with Denis Shapovalov taking on Russia's Karen Khachanov.

Shapovalov, a quarterfinalist at the U.S. Open last year, holds a 1-0 career edge over Khachanov, who made the French Open last-eight in 2019, following a win at the 2019 Davis Cup.

Left-handed Shapovalov followed up his win over two-time champion Andy Murray with a straight-sets victory over 2019 semifinalist Roberto Bautista Agut.

Khachanov has hit with Shapovalov – and even admits he's a fan of the Canadian's venture into rap music with French player Corentin Moutet.

"I was sitting with my wife Veronika watching (Moutet playing in Mallorca on the eve of Wimbledon), and I told her, You know that he's a rapper, you know?

"She said, Oh, really? I said, Yeah, he has a remix with Denis. We were listening to that. It was a fun one."