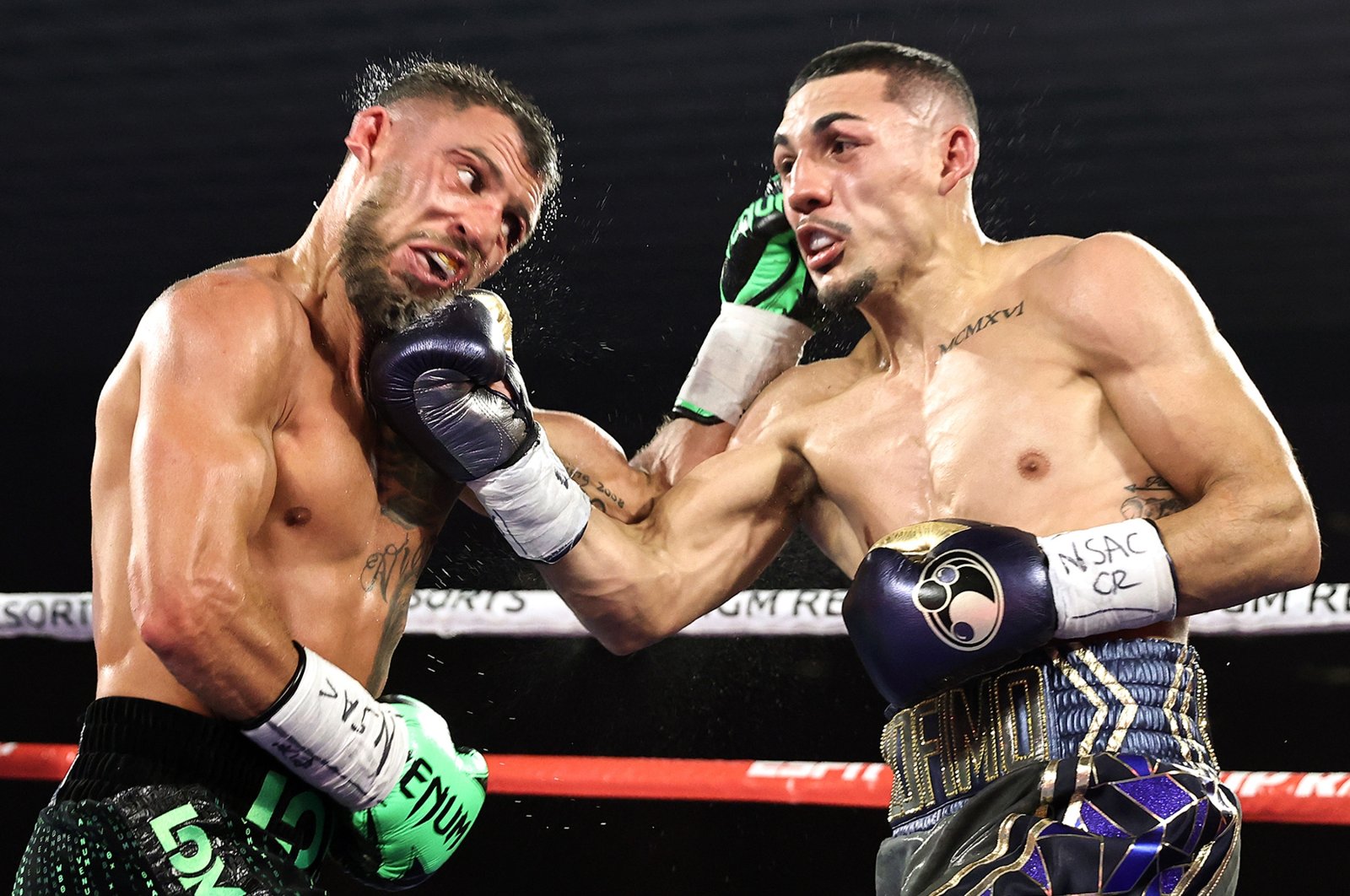 Lopez defended his 135-pound IBF lightweight title and seized the WBC, WBO and WBA belts from Ukraine's Lomachenko who suffered his first loss in six years.

Lopez, 16-0 with 12 knockouts, became the lightweight king in a fight that appeared to be closer than the lopsided judges' scorecards indicated at the MGM Grand Hotel and Casino.

In the biggest fight of his career, Lopez, of the United States, dominated the first half before Lomachenko came storming back in the later rounds to set the stage for a thrilling final round.

At 23, Lopez is the youngest fighter to become a four-belt undisputed champion. He did it in an empty MGM arena where spectators were banned because of the coronavirus pandemic.

Lopez received a nasty cut over the right eye from an accidental head-butt in the final round but was able to continue.

Lomachenko, defending for the fourth time the title he took from Venezuelan Jorge Linares in 2018, bristled at the decision and immediately left the ring after the scores were announced.

"I think I won the fight," said Lomachenko. "But I am not going to argue it now.

"In the first half of the fight, he won more rounds. In the second half, I took it over. I don't agree with the scorecards. "

Lomachenko is an unusually slow starter, and that was the case once again on Saturday. He didn't start landing meaningful combinations until the seventh or eighth round which left him with a huge hole to climb out of.

Lomachenko dropped to 14-2 with 10 knockouts. He was coming off a unanimous decision victory over English southpaw Luke Campbell last August in London.

Lopez, a Brooklyn native, was making the first defense of his IBF title he captured by stopping Ghana's Richard Commey in the second round last December at Madison Square Garden. He has not lost since his last amateur bout at the 2016 Rio Olympics.

Lopez represented Honduras in the Rio Games when he failed to make the America team.