Tiger Woods' legendary career may be over after car crash 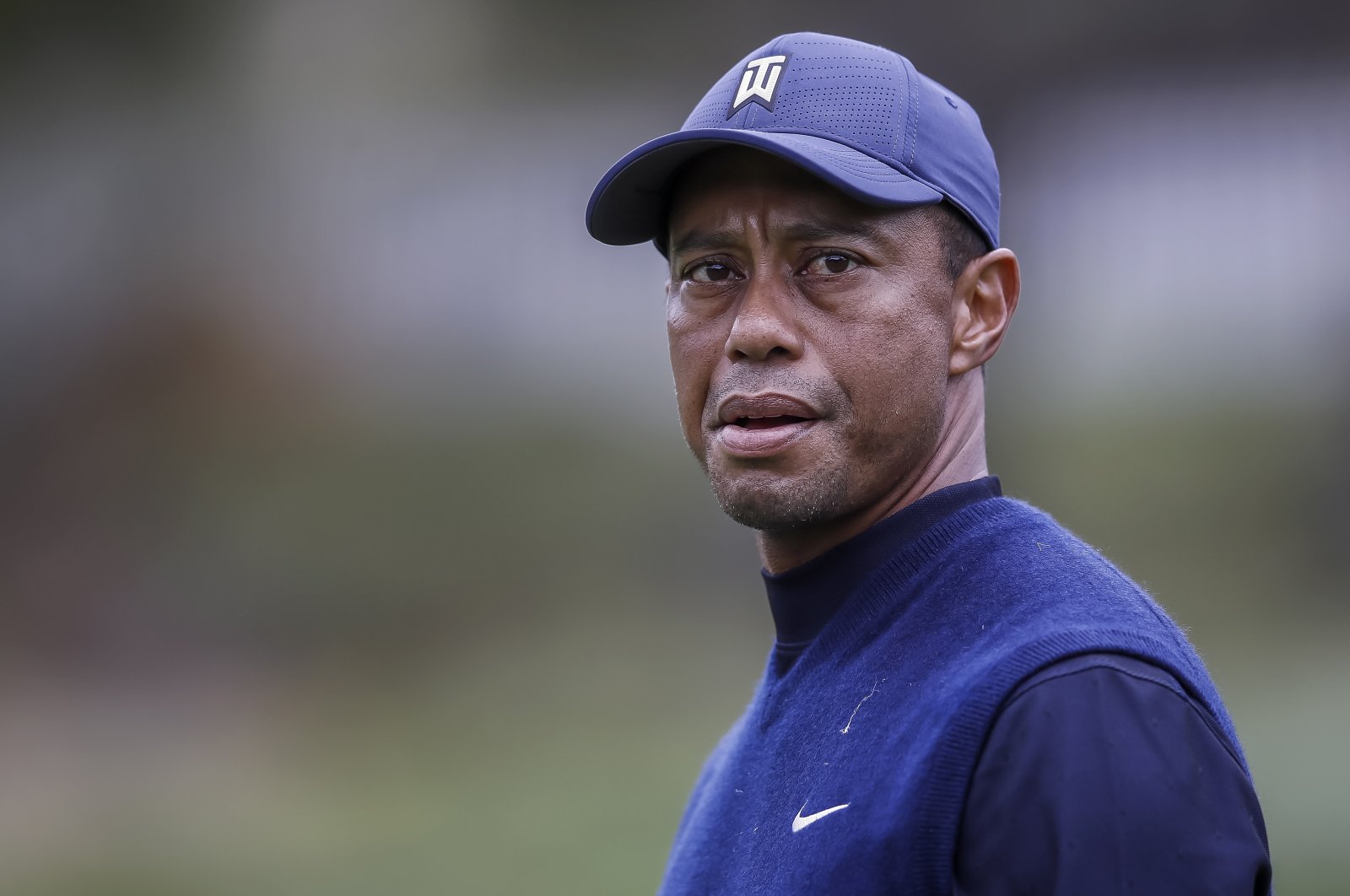 Tiger Woods on the 18th green during the third round of the Zozo Championship PGA Tour golf tournament at the Sherwood Country Club in Thousand Oaks, California, Oct. 24, 2020. (EPA Photo)
by Agencies Feb 24, 2021 2:26 pm
RECOMMENDED

Golf champion Tiger Woods was hospitalized in Los Angeles on Tuesday with severe leg injuries suffered when his car careened off a road and rolled down a hillside, requiring rescue crews to pry him from the crash wreckage, authorities said.

The injuries were not believed to be life-threatening, Los Angeles County Sheriff Alex Villanueva told a news conference, adding Woods was conscious and "able to communicate" when rescue personnel arrived, reported Reuters.

However, his amazing golf career, from a 2-year-old prodigy to his epic comeback 2019 Masters victory, maybe in jeopardy.

The injuries could mean the end of a groundbreaking career that has seen Woods win 15 major titles, three shy of the all-time record set by Jack Nicklaus, and 82 U.S. PGA crowns, level with Sam Snead for the all-time mark.

Woods has faced plenty of prior troubles off the course, including multiple back and knee surgeries, the 2009 revelation of multiple affairs that led to an emotional public apology and divorce from wife Elin Nordegren plus a 2017 reckless driving incident.

Woods was recovering from 2017 back surgery when he was arrested for driving under the influence of alcohol or drugs, his mug shot drawing worldwide attention. He said he had not realized how prescription drugs he was taking might interact and later pleaded guilty to reckless driving.

In the 1990s, Woods put himself alongside pal and NBA star Michael Jordan as two of the world's most iconic sports stars and richest endorsement pitchmen, his fame going beyond golf lovers or sports fans.

Woods thrilled audiences with his skill as well as a winning charm and personality, global audiences inviting him into their homes through television every week, while at the same time keeping private details about his life.

Woods was the first black winner of the Masters in 1997, hugging his father Earl after his historic victory in course record fashion.

In 2019, Woods would come off the same green at Augusta National after winning his first major title since 2008 and hug his children, Sam and Charlie, in a bookend moment to signal a completed return from back surgery Woods hoped would allow him a normal life. It also gave him another chance at golfing glory.

Woods, who spent a record 683 weeks as world number one, is 50th in this week's world rankings, according to Agence France-Presse (AFP).

At age two, Woods charmed on a TV show with his putting skill. The child prodigy was a three-time U.S. Amateur winner before turning pro in 1996 with endorsement deals and a message: "Hello world."

Woods won the Las Vegas Invitational in October 1996 to secure his place on the PGA Tour and six months later delivered a 12-stroke victory for the ages at 21 at Augusta National for a green jacket and the start of "Tiger-mania" interest that overwhelmed anything golf had ever seen.

Woods had brought a youthful excitement and fitness emphasis unseen among golfers, delivering imaginative shotmaking and a big-driving game that put him among the greatest champions the sport had ever known.

He pulled off one of golf's greatest achievements in 2000 and early 2001 with the "Tiger Slam" – winning four consecutive majors.

Woods won the 2000 U.S. Open at Pebble Beach by 15 strokes, the biggest major blowout in history, then captured the Open Championship at St. Andrews to complete the career Grand Slam. He edged Bob May in a playoff at the 2000 PGA and captured the 2001 Masters to own all four major titles at once, an unprecedented feat.

Woods won the 2008 U.S. Open at Torrey Pines on a broken leg, downing Rocco Mediate in an 18-hole playoff, and won six 2019 titles but lost a major for the first time when leading after 54 holes at the 2009 PGA Championship.

Three months later, after a low-speed crash near his home, details of extra-marital affairs by Woods became public, leading to an apology and divorce and a golf layoff until the 2010 Masters, where he shared fourth and began to rebuild his career.

Woods wouldn't win again before 2012 at Bay Hill. He won three titles in 2012 and five in 2013, but back pain began limiting him and it would take four operations and five years before Woods won again at the 2018 Tour Championship, setting the stage for his 2019 Masters victory.

With his most recent triumph at the 2019 Zozo Championship in Japan, Woods matched the late Snead for the U.S. PGA all-time win record.

After serving as a playing captain for the triumphant 2019 U.S. team at the Presidents Cup in Australia, Woods shared ninth at Torrey Pines, his best 2020 finish.

In last year's majors, Woods was 37th at the PGA Championship, missed the cut at U.S. Open and shared 38th at the Masters last November in his most recent tour outing.