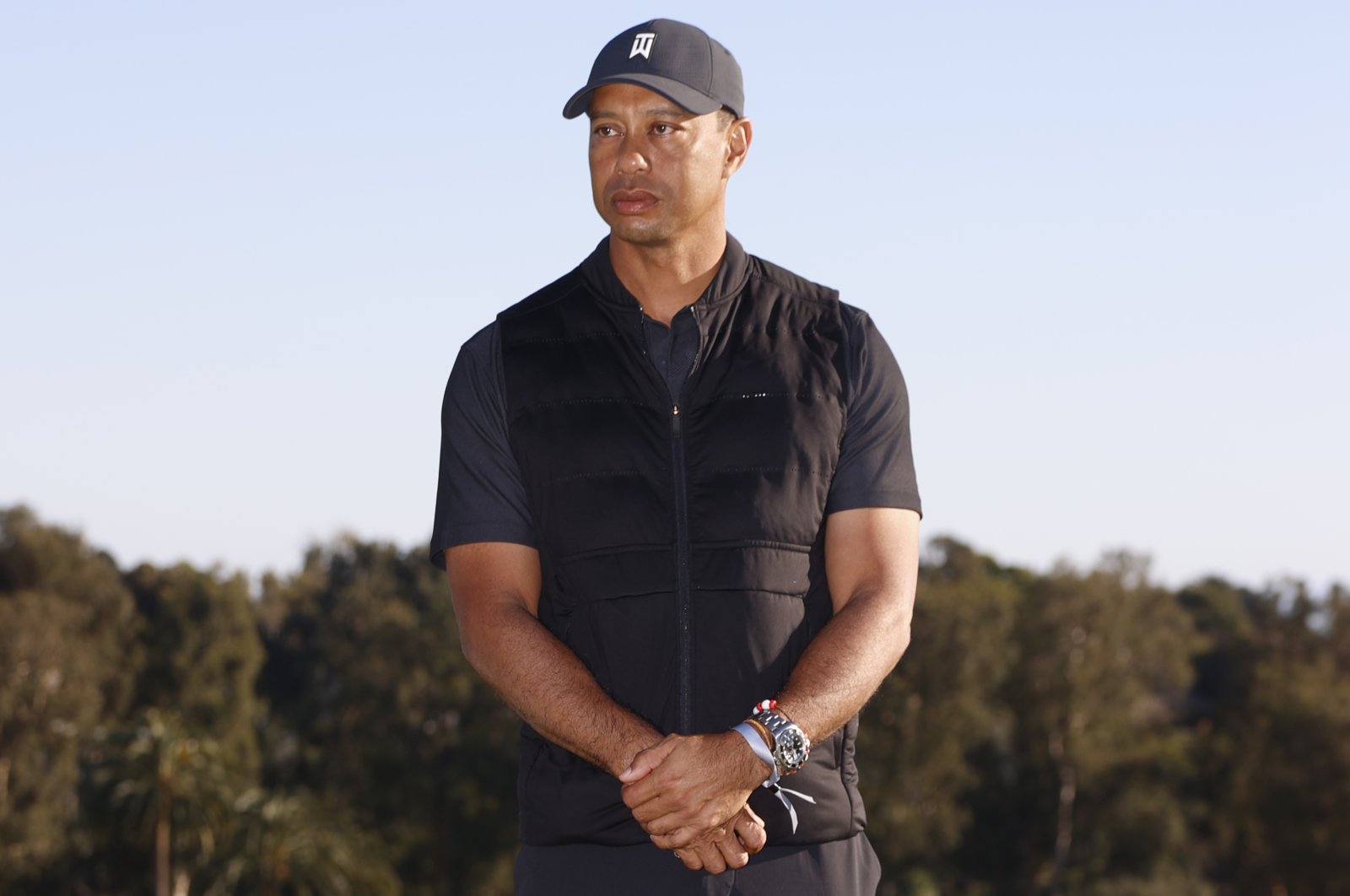 Tiger Woods at the trophy ceremony on the practice green after the final round of the Genesis Invitational golf tournament at Riviera Country Club, Los Angeles, California, Feb. 21, 2021. (AP Photo)
by ASSOCIATED PRESS Feb 22, 2021 2:31 pm
RECOMMENDED

With the Masters just six-plus weeks away, Tiger Woods said Sunday that he isn't certain he will be ready to play in the event, the year's first major championship.

Woods, who underwent a fifth back surgery on Dec. 23, said in a CBS interview during the Genesis Invitational that he could not commit to playing a tournament before the Masters and that even the event itself, April 8-11, remains uncertain.

He originally expected to take 10-12 weeks for recovery, which would have him back by mid-March.

Asked specifically about the Masters, he offered "God, I hope so. But I've got to get there first. I don't have much wiggle room left. I've got only one back."

Woods, 45, said he hasn't practiced much – "I have looked at my putter ..." adding, "the plan right now is to get through tomorrow and start progressing."

Woods won his fifth Masters in 2019, bringing him within one of the record held by Jack Nicklaus. That was his 15th major title, four more than any golfer except Nicklaus, who won 18.

He has won three tour events since then, bringing his PGA Tour victory total to 82, tying Sam Snead atop the all-time list. But at the 2020 Masters, won by Dustin Johnson in November, Woods tied for 38th in what was his most recent official event.

"I'm feeling fine, a little stiff," Woods said. "I've got one more MRI scheduled, and then I can start doing more activities. I'm still in the gym doing rehab activities before gravitating towards more."