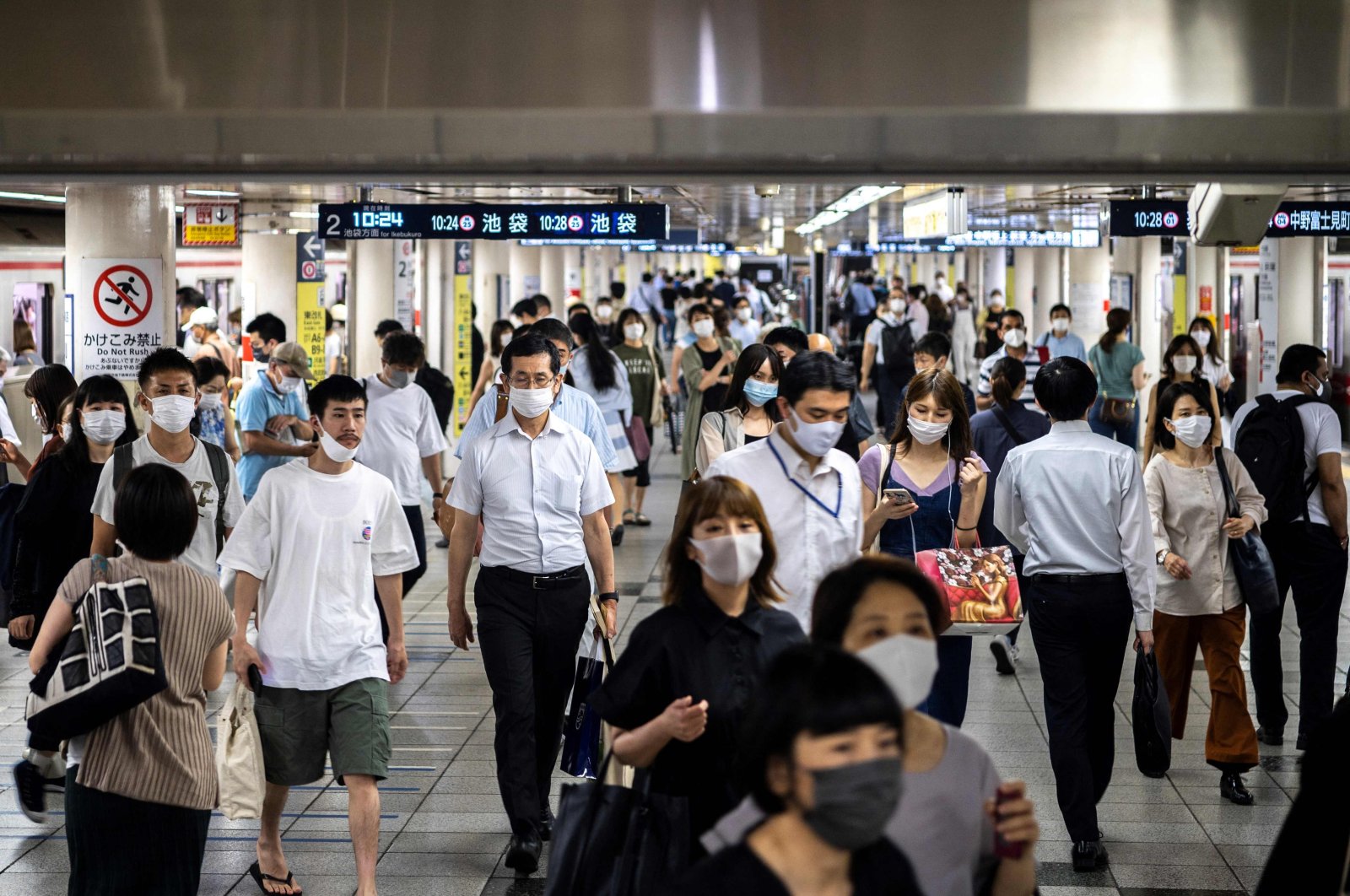 Local media reported that the authorities have asked hospitals to prepare more beds for patients as the Delta variant drives the surge.

The rise in cases threatens to further erode support for Prime Minister Yoshihide Suga, whose ratings have slid to their lowest level since he took office last September, in large part because of his haphazard handling of the pandemic.

It also spells trouble for the Olympics, as many Japanese fear the influx of athletes and officials for the event could add to the surge. About 31% in a survey by the Nikkei daily on Monday said the Games should be canceled or postponed again.

"Refrain from going out unnecessarily and I want you to watch the Olympics and Paralympics on TV," said Suga addressing the citizens after a meeting of ministers overseeing the coronavirus response convened.

"As we have seen a decline in the flow of the people, there is no such option," said Suga, when asked whether there is an option to cancel the Olympics.

Japan has avoided the devastating outbreaks suffered by other nations such as India, Indonesia and the United States, but the fifth wave of the pandemic fuelled by the Delta variant is piling pressure on Tokyo's hospitals.

As Delta has spread, the number of severe COVID-19 cases in the city over the last month roughly doubled to 78 as of Monday, government data showed. Coronavirus hospitalizations have also jumped at a similar clip, reaching 2,717.

By Sunday, only 20.8% of the Japanese capital's 12,635 COVID-19 patients had been able to obtain hospital treatment, the data showed. A government advisory panel says that if the ratio falls below the threshold of 25%, a state of emergency should be triggered.

In anticipation of the surge and considering the tough hospital situation, Tokyo has already declared a fourth state of emergency this month to run until after the Olympics.

"It's the Delta variant," said Kenji Shibuya, a former director of the Institute for Population Health at King's College London, explaining the recent surge.

Shibuya added it was impossible to quantify to what extent the Olympics contributed to the increase but blamed the global sports showpiece as "one of the major driving forces."

"The government has sent signals that people are supposed to stay home at the same time they celebrate the Games. It's a totally inconsistent message," said Shibuya, who is now running the vaccine rollout in a town in northern Japan.

Doctors have said that because the rollout has started with the elderly, most people affected now were in their 40s and 50s and many recovered. Tokyo most recently recorded one death on July 19, a sharp drop from the Jan. 31 peak of 38 deaths.

The city aims to boost the number of beds to 6,406 by early next month from 5,967 now, broadcaster TBS said.

Hospitals should look at pushing back planned surgery and scaling down other treatments, the broadcaster said, citing a notice to medical institutions from city authorities.

Health experts had warned that seasonal factors, increased mobility, and the spread of variants would lead to a rebound in COVID-19 cases this summer.

Only 36% of the population has received at least one dose, a Reuters vaccination tracker shows.

The inoculations have recently ebbed amid logistical snags after having picked up steam last month from a sluggish start. Nearly two-thirds of respondents to the Nikkei survey said the campaign was not going well.

Voter support for Suga slid nine points to 34%, its lowest since he took office last September, the survey showed.

Suga's term as ruling Liberal Democratic Party (LDP) president expires in September and his LDP-led coalition faces an election for parliament's powerful lower house, which must be held by November.

About a third in the survey wanted the Games postponed again or canceled, while more than half said Japan's border steps for incoming Olympics athletes and officials were "inappropriate."

Despite tight quarantine rules for the Games, 155 cases have emerged involving athletes and others.

A strict "playbook" of rules to avoid contagion requires frequent virus testing, restricted movement and masks worn in most situations.