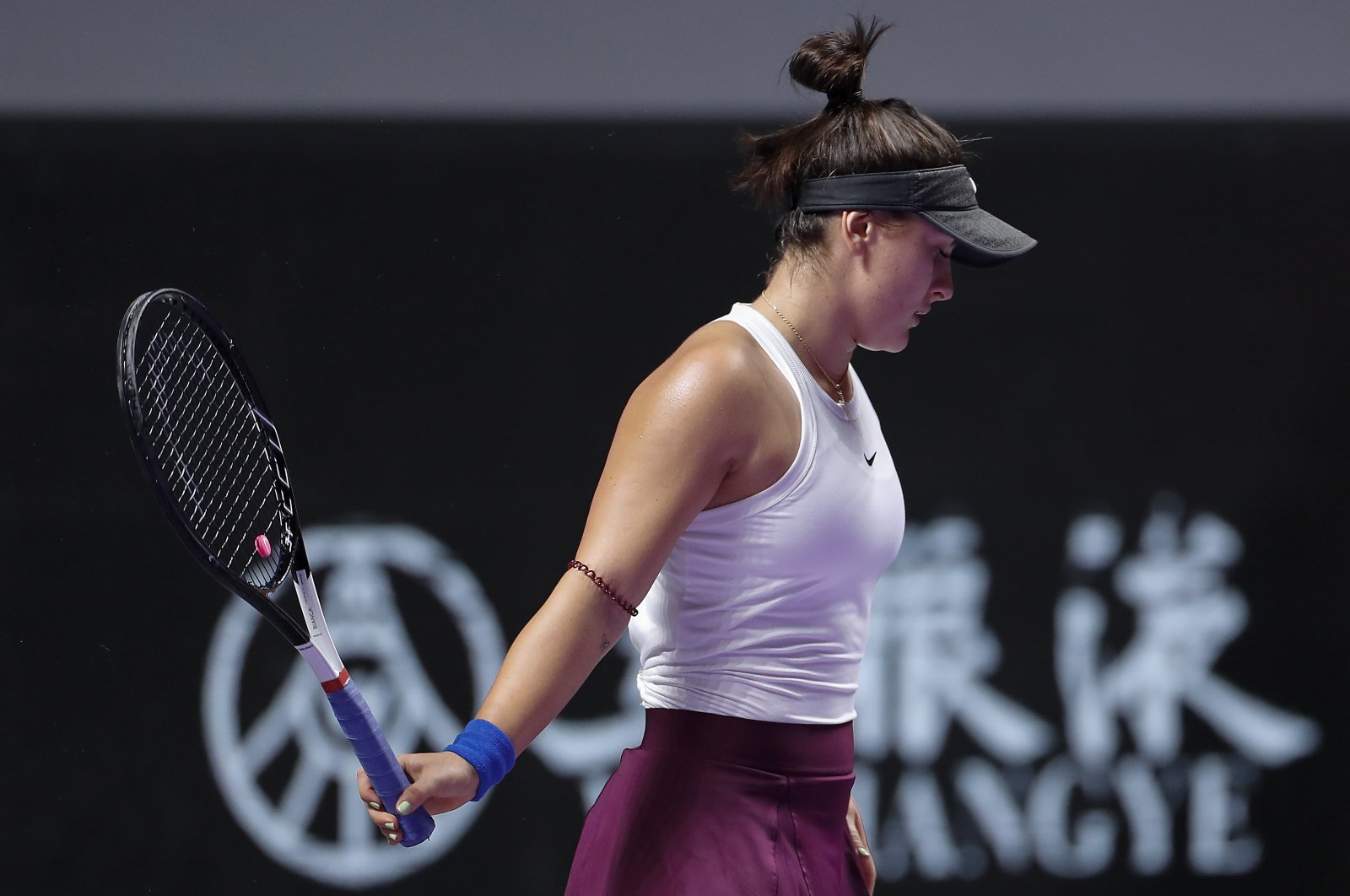 All remaining tournaments of ATP and WTA tennis tours, as well as Diamond League athletics event in China was canceled following Beijing's ban on international sporting events due to the COVID-19 pandemic

All top-level tennis and the Diamond League athletic events were wiped off China's 2020 sporting calendar on Friday, following a government edict aimed at controlling the coronavirus which could also spell doom for Formula One's Chinese Grand Prix and the country's biggest golf tournament.

The WTA Finals in Shenzhen and the Shanghai Masters were prime among the tennis tournaments to fall as the sport, which is struggling to restart in the face of the pandemic, suffered another major blow.

Shanghai's Diamond League athletics and Masters snooker have also gone, promoters said, just over two weeks after China's General Administration of Sport said most international events this year would be canceled to prevent a resurgence of COVID-19.

The cancellations come despite the return of domestic sports in China, with football's Chinese Super League starting on Saturday and fans allowed to attend China Basketball Association games from this weekend.

Women's Tennis Association chief Steve Simon said he was "extremely disappointed" that the women's tennis tour, which has bet heavily on the China market, has had to scrap seven tournaments including the showpiece WTA Finals.

"We are extremely disappointed that our world-class events in China will not take place this year," Simon said in a statement.

"We do however respect the decision that has been made (by Chinese authorities) and are eager to return to China as soon as possible next season."

Also among the canceled WTA tournaments is October's Wuhan Open, which promised to be hugely symbolic as the city was at the center of the coronavirus outbreak when it emerged late last year.

The men's Association of Tennis Professionals said it too was canceling its 2020 China swing, including the prestigious Shanghai Masters and China Open – a men's and women's event – in Beijing.

"We respect the Chinese government's decision to do what's best for the country in response to the unprecedented global situation," said Andrea Gaudenzi, ATP chairman.

"It's with a heavy heart that we announce ATP tournaments will not be played in China this year."

The globe-trotting tennis season has been at a standstill since mid-March due to the virus outbreak worldwide, and it is not finding it easy to resume.

This week, organizers canceled an ATP tournament in Washington, D.C., that would have marked the restart of the men's tennis season next month.

The Cincinnati Open and U.S. Open are still scheduled to take place back-to-back in New York from Aug. 20, despite leading figures in men's tennis casting doubts over the hardcourt Grand Slam.

World number one Novak Djokovic earlier this month said he was undecided over whether to travel to compete in the US Open.

The women's WTA tour is scheduled to restart on Aug. 3 in Palermo, Italy, the first event on the revised 2020 calendar.

Following China's announcement earlier this month, all international sports events penciled in for the country are in grave doubt.

State-owned Juss, which is also responsible for staging Formula One in the city, made no mention of the grand prix – originally scheduled for April – but that too now looks unlikely.

The star-studded, $10.25 million WGC-HSBC Champions golf, slated to start on Oct. 31 in Shanghai, is another international event that looks in peril.

China was hit hard by the coronavirus when it emerged in Wuhan but mass lockdowns have been lifted and the official number of cases has slowed to a trickle.