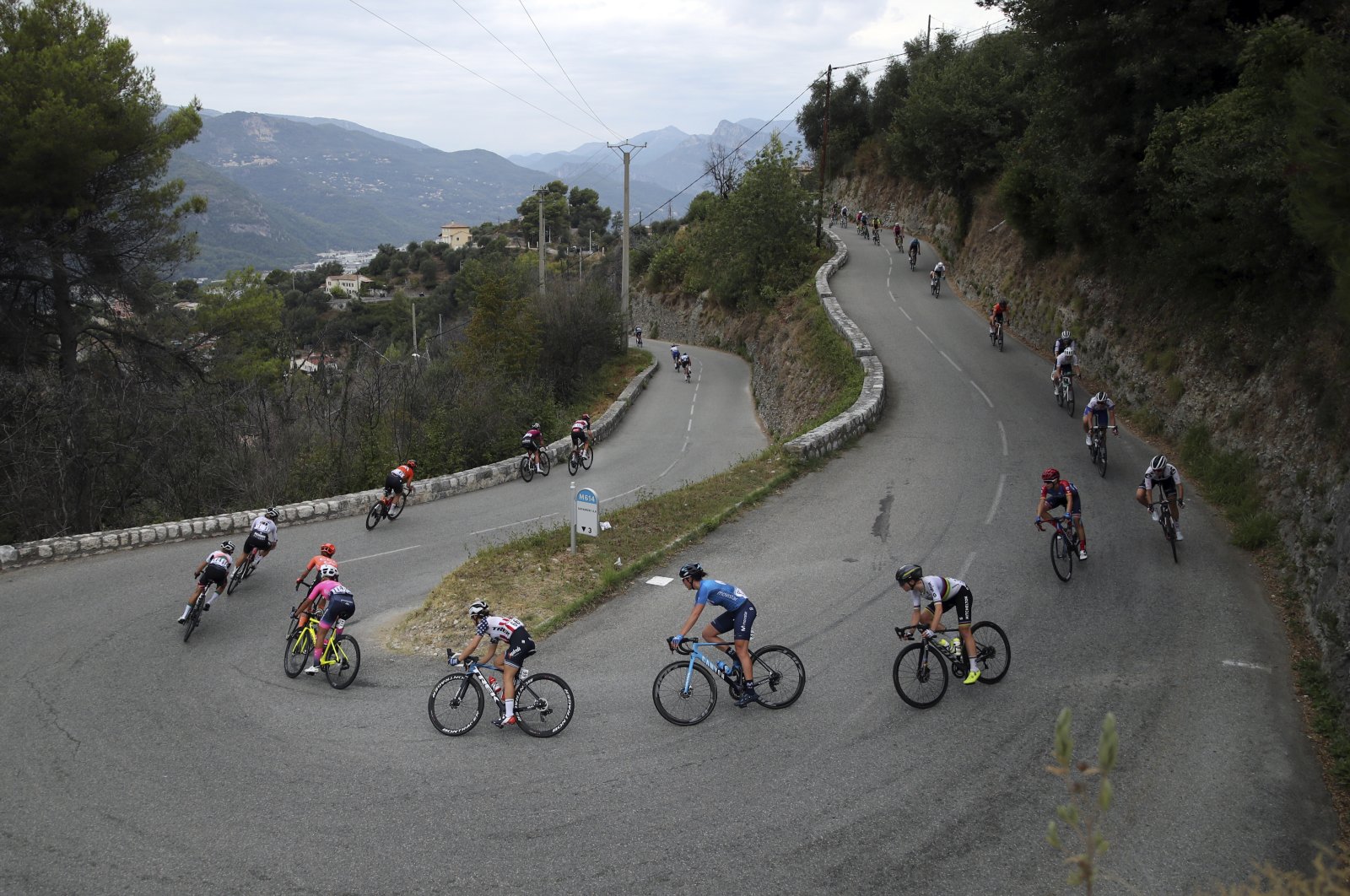 Organizers have made it harder for Tour de France teams to reach the finish line in Paris by deciding they will be expelled from the race if two or more of their members, including staff, test positive for COVID-19 within a week.

The move was announced Saturday just a few hours before the start of the three-week race's opening stage in the city of Nice in the French Riviera. It overruled a decision from cycling's governing body, the Union Cycliste Internationale (UCI), that had eased the Tour's exclusion rules.

Under the UCI protocol announced Friday, it would have been up to organizers to decide whether to throw a team out after two positive tests, with staff members not counted.

There are 22 squads of eight riders competing at the Tour, but a total of 30 members per team when staff are included.

“From two positive cases in a group of 30, there is a real risk of elimination of a team,” Tour director Christian Prudhomme told France Info radio.

The UCI's revised protocol had excluded staff members from the calculations following complaints from teams who feared their riders would be unfairly excluded from the race.

This week, four staff members of the Belgian team Lotto-Soudal were sent home after “non-negative” coronavirus tests. The team said a mechanic and a member of the rider support staff returned “one positive and one suspicious result.” Both left the race bubble along with their roommates.

In case of a positive result during the race, the UCI has urged organizers to “do everything possible” to perform a retest and a blood analysis before the next stage. The measure is aimed at avoiding false positive tests that could rule out healthy riders.

Tour organizers have set up a mobile coronavirus lab that can produce results in two hours and handle 50 tests a day on race days.

However, Prudhomme said he can’t guarantee a rider will be given the additional tests before he is removed from the race following an initial positive result.

“If it's in the evening, we will adapt so it can be done. But if we have a positive in the morning, he obviously won't be on the starting line if we don't have time for the follow-up test," Prudhomme said.