Trump returns to boxing commentary for Holyfield vs. Belfort on 9/11 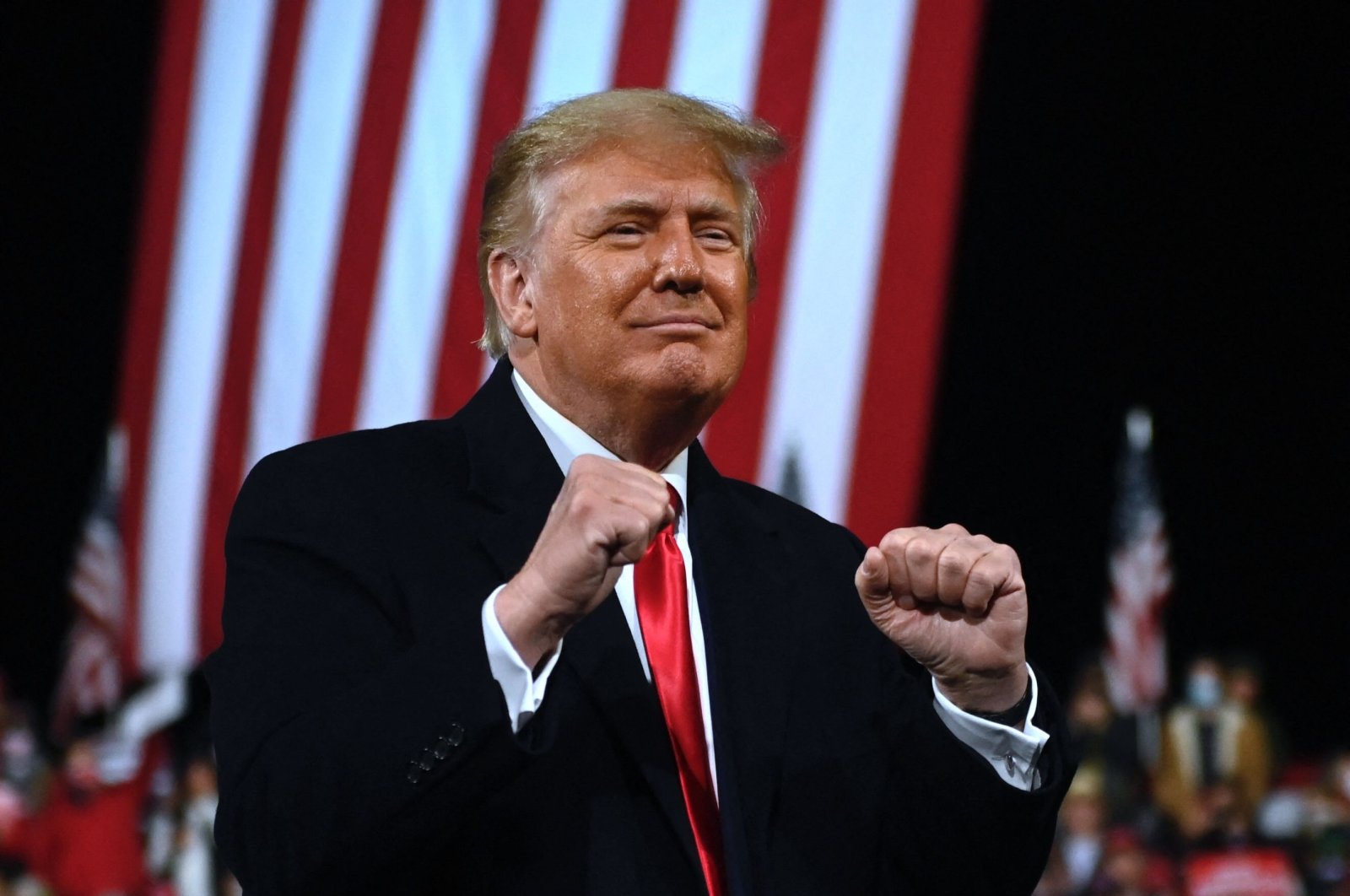 Then-U.S. President Donald Trump holds up his fists at the end of a rally to support Republican Senate candidates at Valdosta Regional Airport in Valdosta, Georgia, U.S., Dec. 05, 2020. (AFP Photo)
by Agencies Sep 09, 2021 10:30 am
RECOMMENDED

Trump will be joined by his son, Donald Jr., in Hollywood, Florida, for the alternate feed for the four-bout card, which will be available on pay-per-view on FITE.TV.

According to FITE.TV, the pay-per-view will be $49.99 and will be available through mobile and Smart TV apps.

"I love great fighters and great fights. I look forward to seeing both this Saturday night and sharing my thoughts ringside. You won’t want to miss this special event,” the former president said in a press release.

The card was originally going to be staged in Los Angeles and headlined by Oscar de la Hoya's return to the ring to face Vitor Belfort, a former UFC champion, but de la Hoya had to drop out after he was hospitalized with COVID-19.

Holyfield stepped in as a late replacement, which led to more changes. The card was moved to the Hard Rock Hotel and Casino in Florida after the California State Athletic Commission refused to approve the fight due to Holyfield’s age.

Holyfield hasn't fought since 2011, but he had signed to fight Kevin McBride earlier this year -- with a possible future fight against his old nemesis Mike Tyson on the horizon.

After the proposed McBride fight failed to materialize, Holyfield posted on Instagram in August that he'd been "training hard for months."

"I promise my fans I will step back in the ring at least one more time before I lay my gloves to rest for good," he said.

The former cruiserweight and heavyweight champion turns 59 in October and has not fought since 2011. His fight with Belfort is slated to be eight two-minute rounds. Trump has a long history with boxing after hosting and promoting several fight cards over the years, most taking place at the casino he owned in Atlantic City, New Jersey.