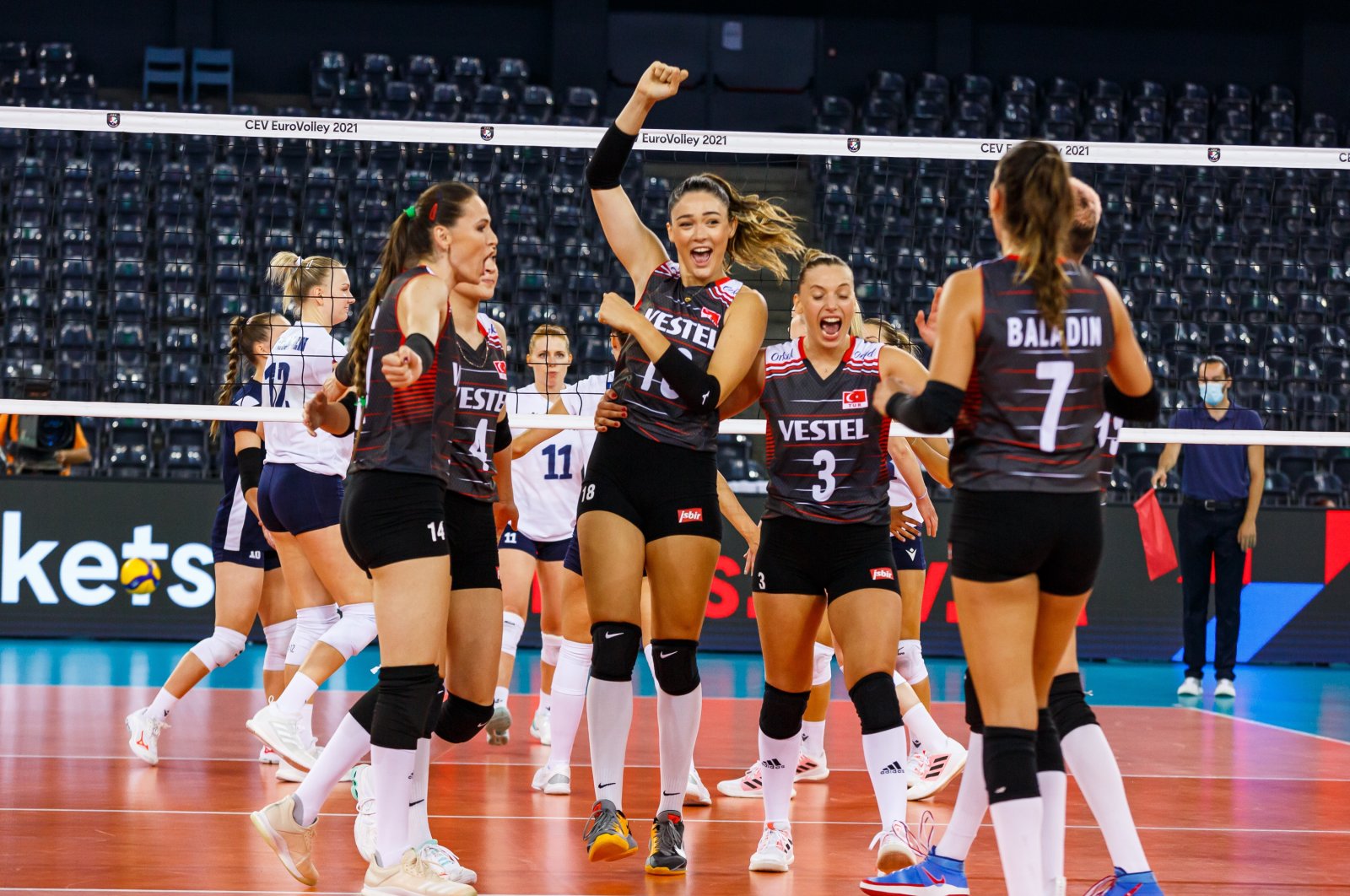 The Turkish women's national volleyball team made it four out of four beating Finland in the 2021 CEV Women's European Volleyball Championship Monday.

Star player Ebrar Karakurt led Turkey from the front with 16 points and 13 attacks. She was followed by Zehra Güneş and Tuğba Şenoğlu, with nine points each.

Finland had made a surprisingly good start on the first set and led by a few points, but eventually lost its rhythm as Turkey regained the favorite status in impressive fashion.

Turkey's setter was in impressive form, setting up play for Karakurt and Güneş, who dominated the offense.

Finland was unable to respond to Turkey’s attacks and the first set was easily claimed by the Turks.

In the second set, Turkey’s defense made a fantastic display, leading the game with six blocks.

In the attack, Finland hit the point of no return, having no chance to turn the game around.

After several incredible spikes by Turkey, the second set came to a closure with 25-12 on the scoreboard.

The third set continued in the same fashion, with team Turkey displaying the most entertaining volleyball so far, reported the EuroVolley official website.

Some fantastic job on the attack and several great rallies transformed the third set into a spectacle. Turkey won and maintained its impeccable record of four wins out of four games.

Turkey will play its last group game against the Netherlands on Tuesday.

Twenty-four teams are competing in four groups. The top four teams in each group will advance at the end of the group stage.

The Round of 16 and quarterfinals will be played in Bulgaria and Serbia, and the semifinals and final will be hosted by Serbia.

The group stages are scheduled to end on Thursday, and the three-day Round of 16 is set to start Saturday.

Quarterfinals and semifinals games will be played on Aug. 31 and Sept. 3, while the final and the third-place match will be held on Sept. 4.