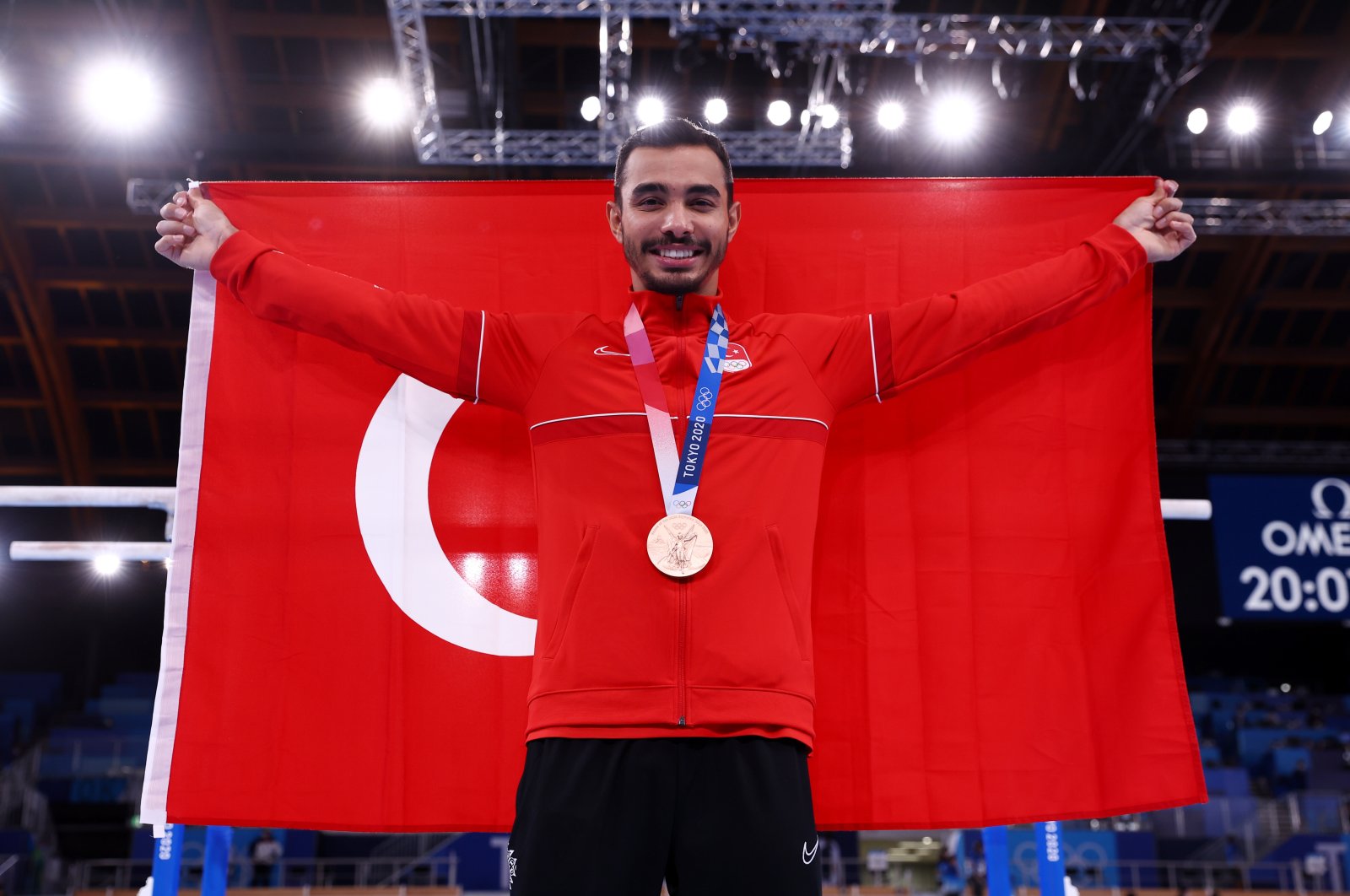 Arıcan took Turkey's first-ever medal in gymnastics with a bronze at Tokyo 2020 on Wednesday.

The two-time Olympian has already taken part in the United Nations Development Programme's social media campaigns on mine clearance.

He said his sport is a bit like clearing landmines when it comes to the concentration, dedication and balance required.

"Gymnastics is a very difficult discipline that requires the utmost concentration, dedication, balance and orientation. It takes years to learn how to do a move, and you only have seconds to demonstrate your years of work," the 28-year-old told Reuters outside the Olympic Village in Tokyo.

"There is no room for error. On the other hand, there are occupations where your first error is your last one. I always think about those who dedicate their lives to demining operations. They are so similar in terms of need for perfection, yet so different."

Arıcan was drawn to the issue out of his own interest, and not because of any personal loss or family issue, according to an official at Turkey's Olympic committee.

There were at least 5,554 casualties from mines or explosive remnants of war in 2019, with civilians accounting for 80% of those, according to the International Campaign to Ban Landmines.

Children represented more than 40% of all civilian casualties.

Arıcan, who struck gold on the parallel bars at this year's European Championships shortly after testing positive for COVID-19, also uses a metal water bottle to draw attention to the use of plastics and global warming.

In Tokyo, he ended with the bronze in the men's parallel bars. Turkey has won six medals so far at the Olympics, with Mete Gazoz taking gold in men's individual archery.