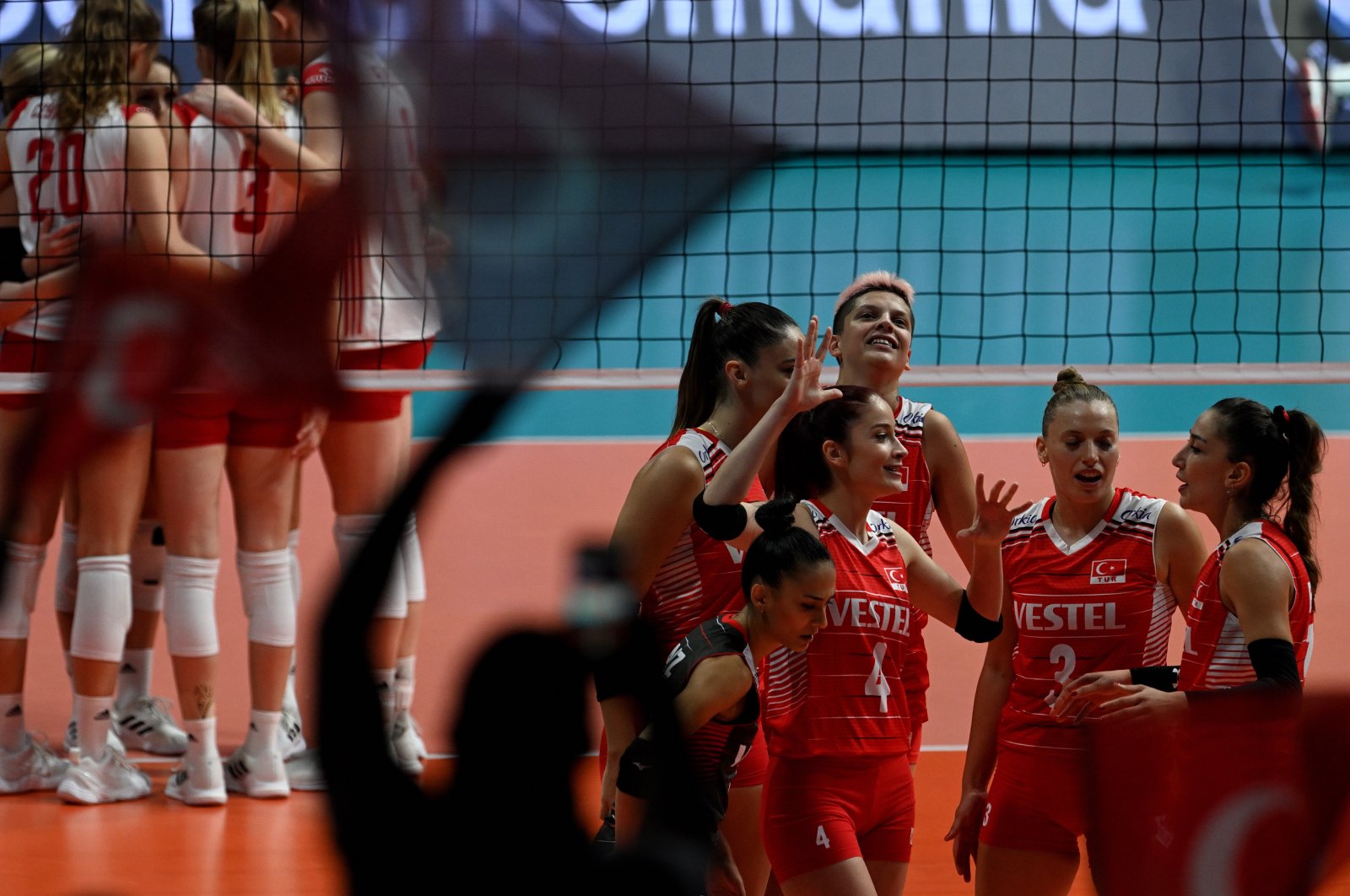 Turkey made a slow start to the match. It failed missed several critical blocks and fell behind 14-11 in the opening set.

The Turks eventually found their rhythm as Ebrar Karakurt went on a scoring spree. It gave her side a commanding lead and Poland was forced to take a technical timeout with the score at 18-15.

Turkey, however, continued to dominate the set, winning it 25-18. It hit a total of five aces in the first set.

The second set saw the national team maintain its dominance as it went 4-0 up. A brilliant show by wing spiker Tuğba Şenoğlu helped Turkey push the lead to 10 (18-8), before clinching the second set 25-14.

Poland put in some serious effort, forcing a much balanced third set. But it was too little, too late as the dominant Turkish team won 25-23, claiming the match 3-0 and reaching the semifinal.

For Turkey, Karakurt was once again the outstanding performer with 20 points and a total of 18 attacks. She was followed by Eda Erdem Düdar with 12 points and nine attacks. Turkey finished with 10 aces.

Poland, on the other hand, was led by Magdalena Stysiak with 14 points from the same number of attacks.

“I would like to thank all of our supporters. It was really amazing to play in front of them. The key to today’s win was our aggression. At the start of the tournament, our goal was to get a medal. Now we’re going to Belgrade hungry for gold,” Turkey's outside spiker Hande Baladin told the CEV official website.

Turkey's Italian coach Giovanni Guidetti said: “It was a difficult match for us. Poland played well but my players had courage and aggression. They are very, very tired. But they never give up."

"The atmosphere in Plovdiv was just incredible. I know it’s not far away from Istanbul, but still, it was amazing. But do you know what the greatest thing is? The fans in Turkey watched the match in the parks, in a big stadium ... I saw this before only for football. That's why I'm very proud because my team gave a great night to the Turkish fans," he added.

The Sultans of the Nets have now won all seven matches at this year's European championship. They will face the winner of the semifinal between Serbia-France on Sept. 3.