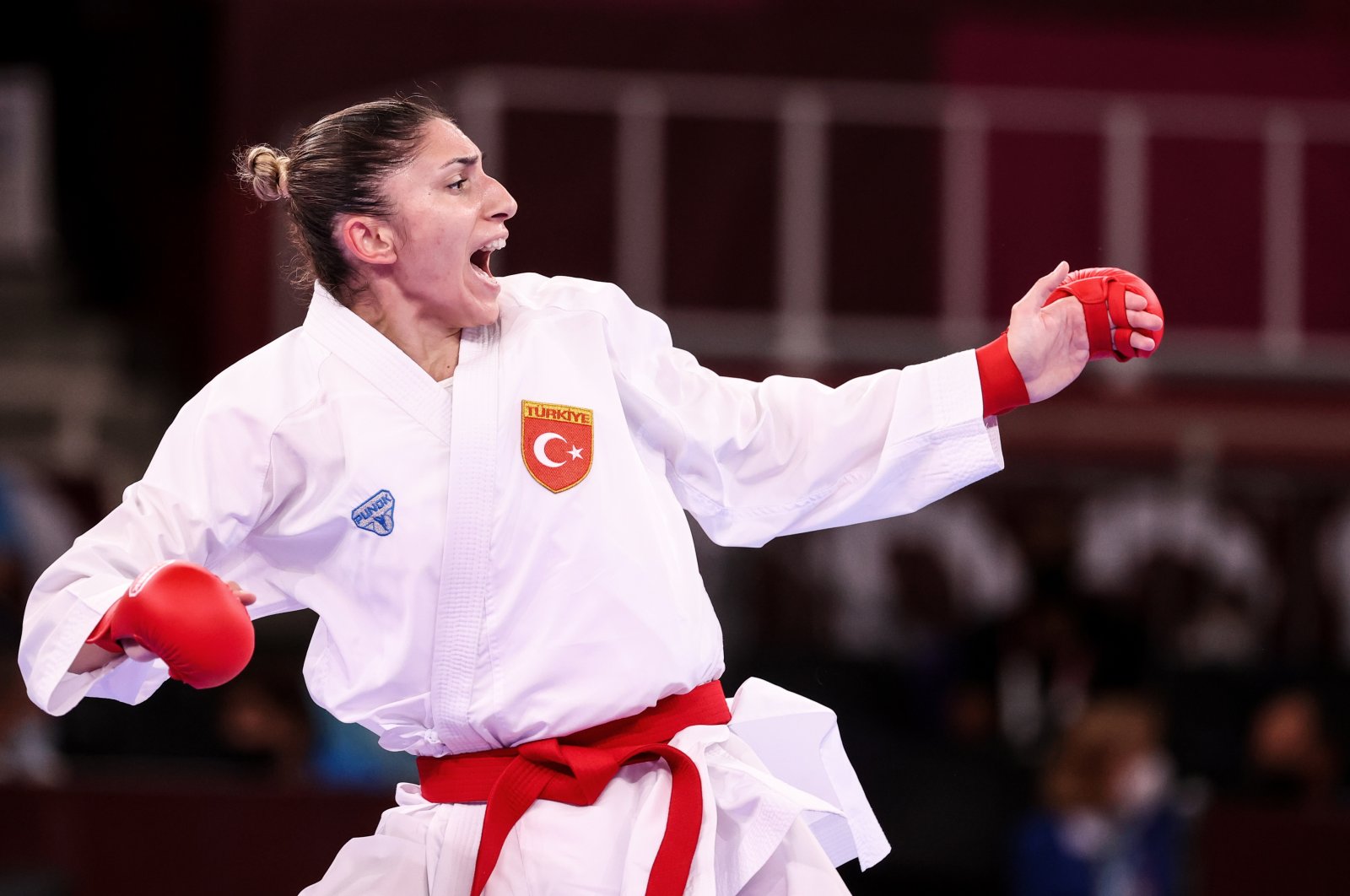 In Pool A, Çoban made a flying start to the competition. She defeated Japan’s Mayumi Someya 4-0 in the first match at Tokyo’s Nippon Budokan.

Çoban continued her impressive form in the second match as she beat Venezuela’s Claudymar Garces Sequera 6-2. With the win, the Turkish karateka wen top of Pool A with four points.

However, she lost the third match 2-0 against France’s Leila Heurtaul.

In the fourth and the last group stages match, Çoban drew 2-2 with China’s Yin Xiaoyan but only lost due to giving away the last point.

Despite the losses, Merve finished the pool in second place with four points and a better average, qualifying for the semifinal.

Karate is making its debut at the Tokyo 2020 Olympics.

Turkish wrestler Taha Akgül, in the meantime, clinched another bronze medal in the men’s freestyle 125-kilogram category at the Tokyo Olympics.

Akgül, 30, beat his Mongolian opponent Lkhagvagerel Munkhtur 5-0 to claim the second Olympic medal of his career, following his gold at the Rio 2016 Games.

Turkey's Ali Sofuoğlu, in the meantime, beat South Korea's Heejun Park to win the bronze medal in the men’s kata category in karate.

Sofuoğlu's bronze was Turkey's 100th medal at the Olympic Games to date.