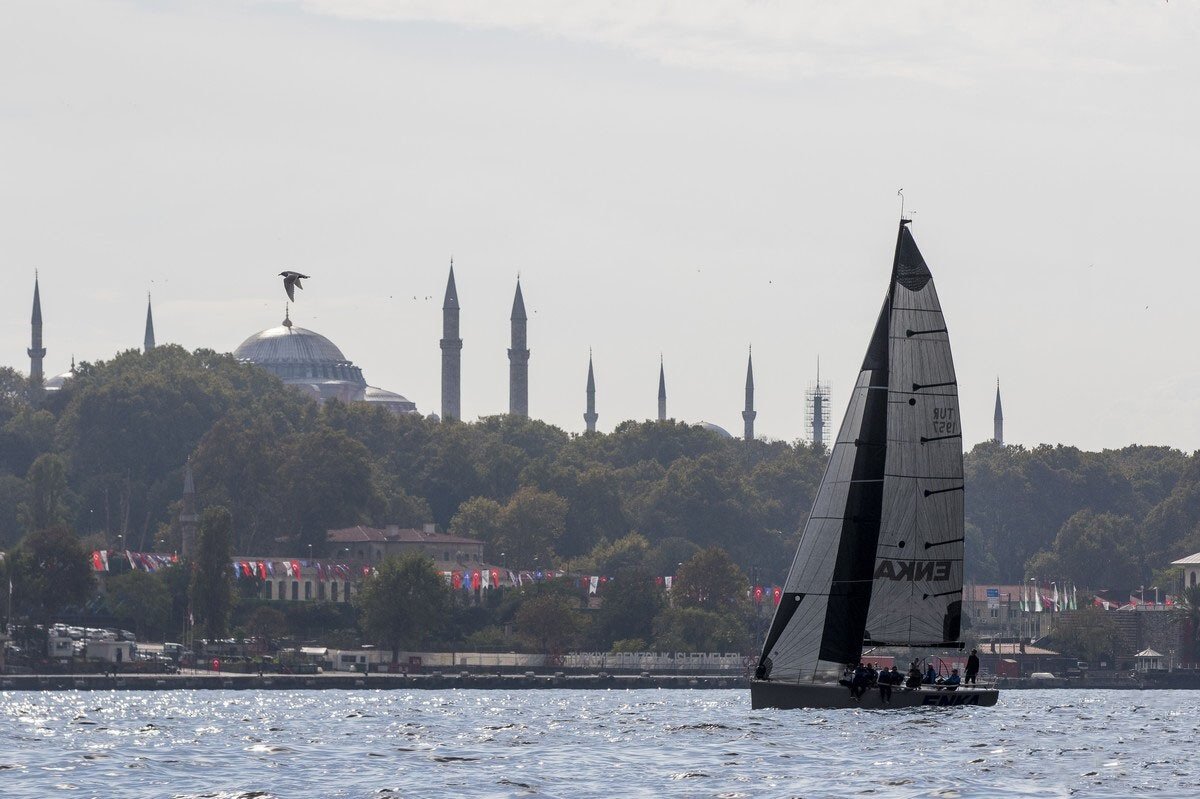 The Istanbul leg of Turkey’s 2nd Presidential International Yacht Races will begin near the Dolmabahçe Palace, in the city’s Beşiktaş district, on Friday.

This year, participants from all around the world will sail the Bosporus and compete for the Cumhuriyet Cup, celebrating the 98th Republic Day of Turkey on Oct. 29.

The course for the Cumhuriyet Cup will take sailors north from Dolmabahçe toward Ortaköy, then move southward to Galataport Gate, change course north toward Beykoz, before finally moving south toward the finish at Ataköy Marina on the European side.

It will be followed by a race for the Mavi Vatan Cup on Saturday. The course will see participants sail off the coast of Yeşilköy on the European side, take them east toward the islands in the Marmara Sea, before moving westward and finishing at Ataköy Marina.

The first stage of the race – a 110-nautical mile race – was held between June 25 and June 27 in the southwestern province of Muğla. Participants set off from the Marmaris Castle, moving southward to the Greek Symi and Kos Islands before finishing in Bodrum.

Turkuvaz Media Group and its member publications, including Sabah, Daily Sabah, A Spor, A Para, Inbusiness and Şamdan Plus, are the official media partners for the event.