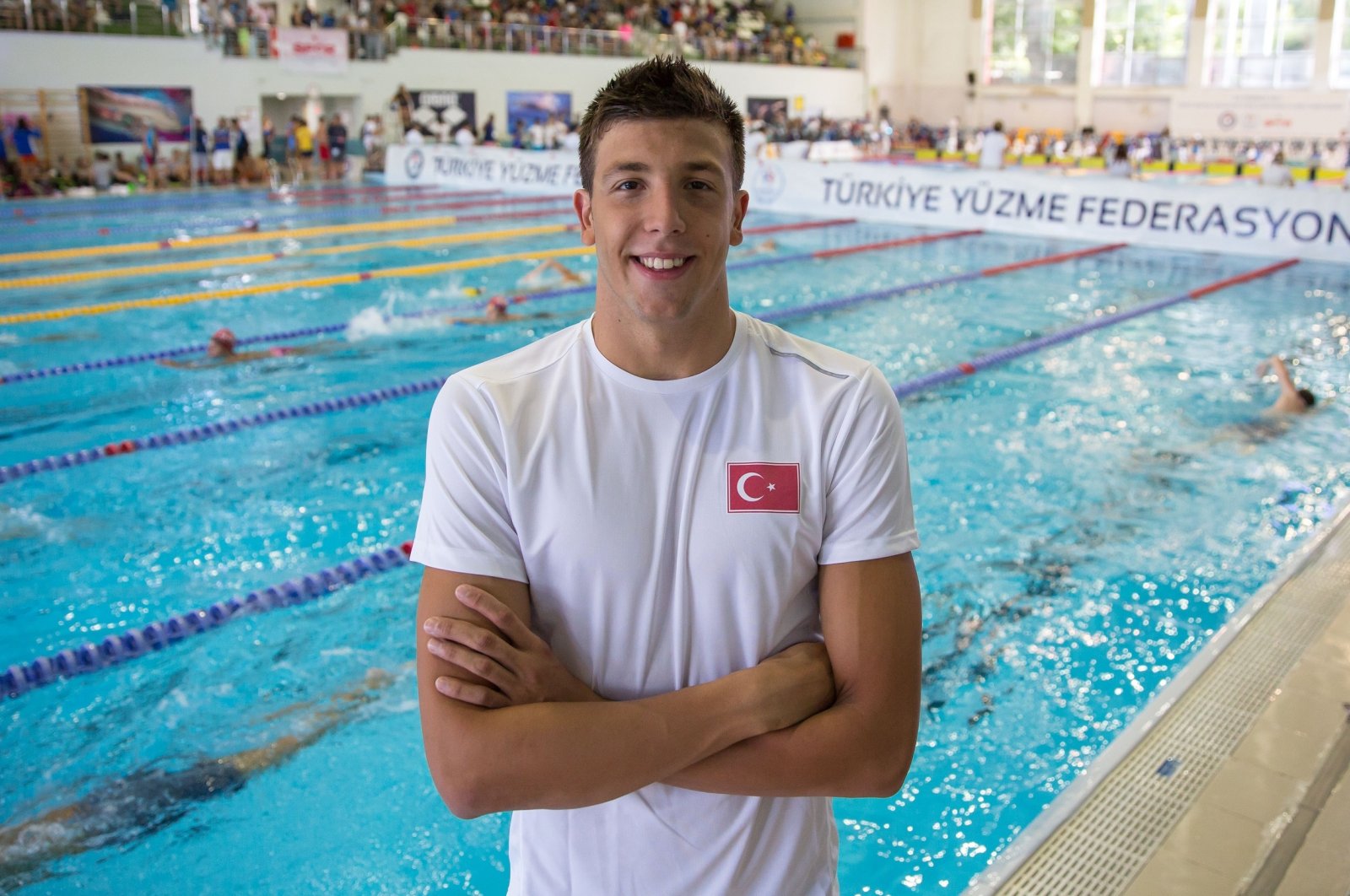 Turkish swimmer Emre Sakcı made history Thursday, breaking his own and the European record in the men's 50-meter breaststroke.

"Turkish swimmer @Sakcıemree (Emre Sakci) won in the 50M Breaststroke, setting a new European record of 25.29 seconds that was only 0.04 seconds away from breaking the world record (25.25)!," the International Swimming League (ISL) said on Instagram, covering the competition in Budapest, Hungary.

Turkey's Youth and Sports Minister Mehmet Muharrem Kasapoğlu congratulated Sakcı on setting a new record and wished him success in the future.

In his victory, Sakcı also commemorated the victims of last week's earthquake in western Izmir province.

Before Thursday's contest in Hungary, Sakcı wrote "Izmir" on his chest in honor of the quake victims.

After winning the breaststroke, Sakcı made a heart-shaped hand gesture over the word Izmir on his chest to show his solidarity and support.

Last week's deadly earthquake in Izmir saw buildings reduced to rubble. There were many emotional scenes in the days that followed as rescue workers pulled out survivors.

The death toll from the magnitude 6.6 earthquake rose to 114 as of Wednesday and over 1,000 people were injured.