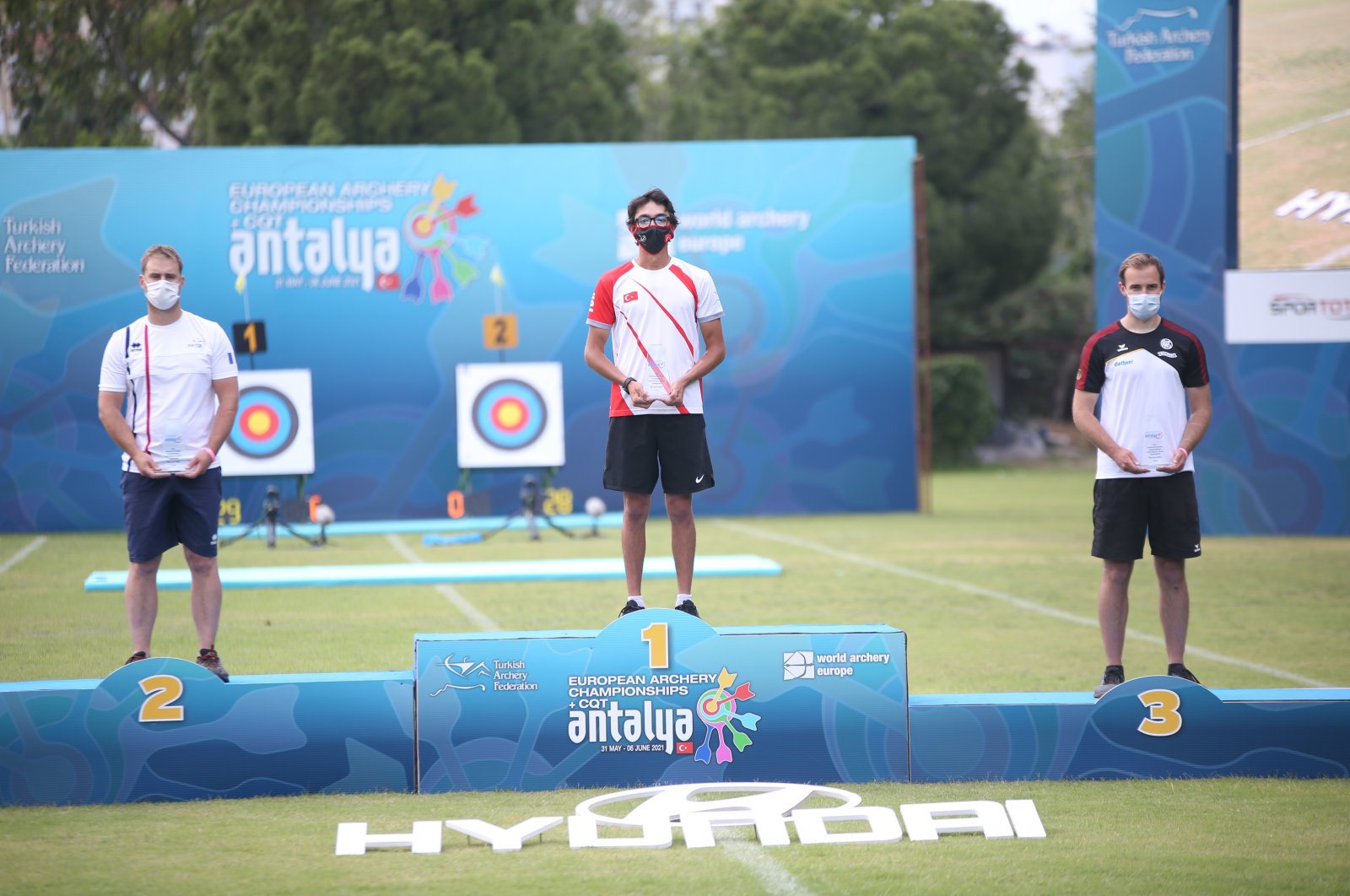 Turkey's Mete Gazoz won the gold medal at the European Archery Championships in Antalya on Friday, qualifying him for the Tokyo Olympic Games.

Gazoz defeated his French opponent Jean-Charles Valladont 6-0 in the final of the tournament, in which 279 athletes from 40 countries participated.

The Turkish archer told Anadolu Agency that he is proud to have qualified and that he will represent Turkey in the best way possible at the Olympics.

Earlier, Yasemin Ecem Anagöoz also qualified for the Turkish Olympic team. She won the silver medal after losing to her French rival Lisa Barbelin in the European Archery Championship final.

In a statement, the Turkish Archery Federation congratulated the two athletes on qualifying for the Olympics. “We congratulate the entire technical team and athletes who contributed,” the federation said.