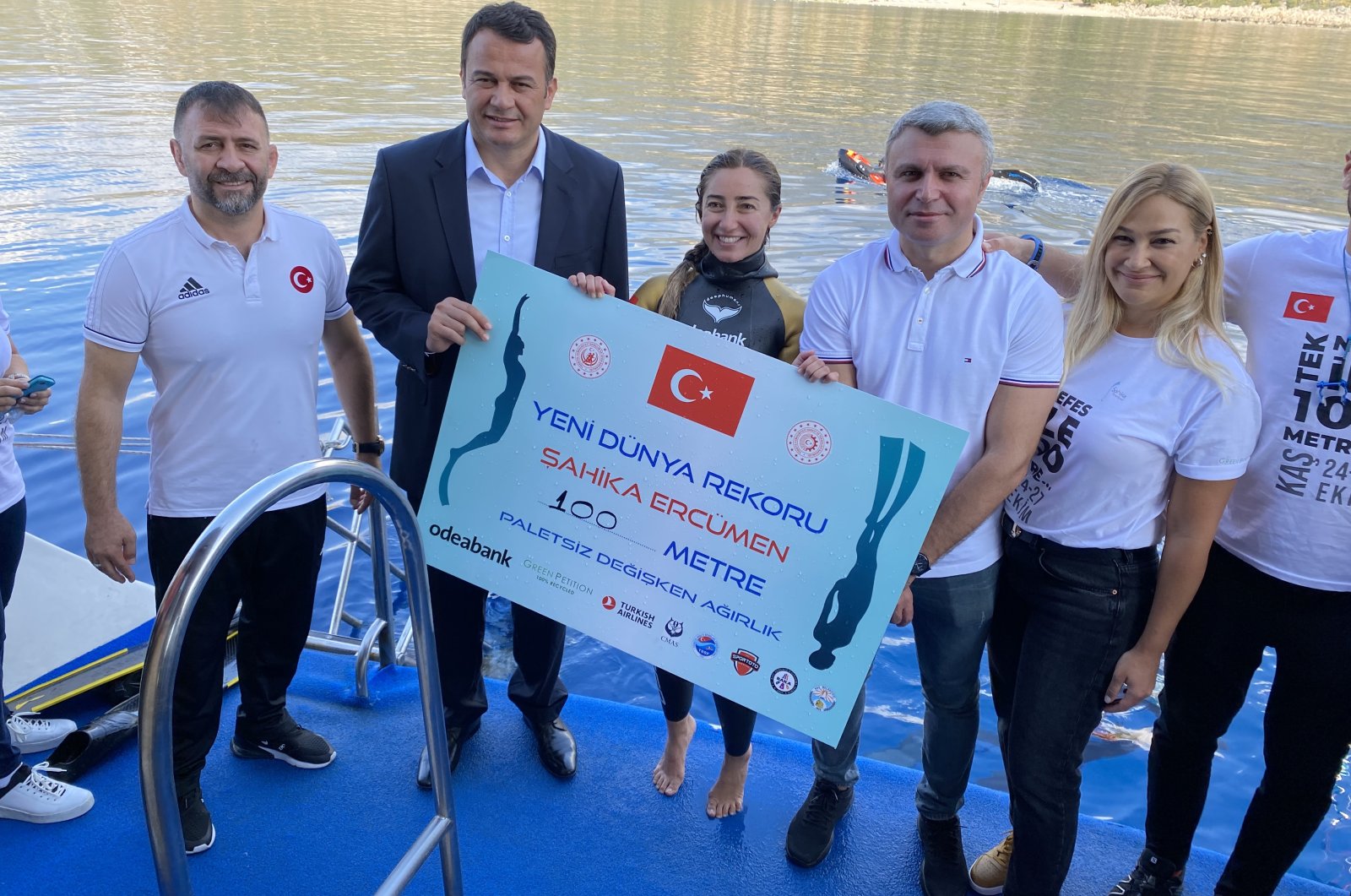 Ercümen attempted the 100-meter dive to celebrate the 98th Republic Day of Turkey on Nov. 29.

The multiple world-record-holding freediver descended to the record depth in 2 minutes 53 seconds, without any oxygen or diving fins.

The record-breaking dive took place at the Inceboğaz district of Kaş.

After setting a new world record, Ercümen said: "I want to use this record to draw attention to issues like climate change, global warming and gender equality, as well.”

Ahead of Tuesday's record, she dived with women diagnosed with breast cancer to draw attention to breast cancer for the Pi Women's Cancer Society in Antalya.

They unfurled a banner reading "Our Strength Is Greater Than Cancer."

She bagged three medals and broke five Turkish records in the 2021 Vertical Blue freediving competition at Dean’s Blue Hole in the Bahamas.