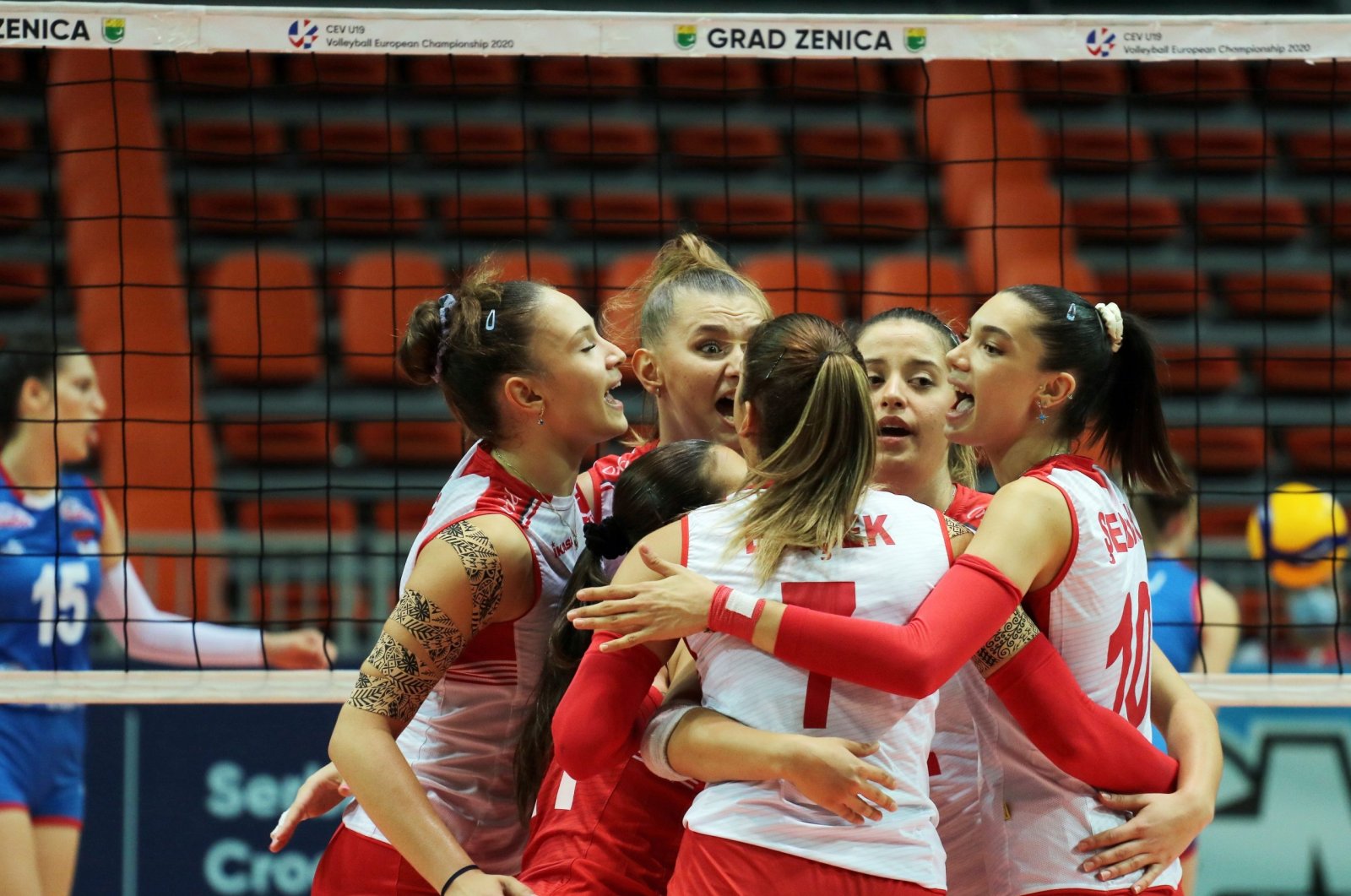 With no major achievements in Turkish sports in months as the pandemic brought a halt to many international competitions, a volleyball team has made Turkey proud again by winning a European tournament. The U19 women's volleyball national team also had the opportunity to bring glory to the country on a day when it marked the anniversary of a historic victory for independence.

The "Sultans of the Net" left their mark in a dramatic final marked with comebacks and last-minute turns to win the CEV U19 European Championship 2020 Women in Zenica, Bosnia-Herzegovina on Sunday. The team edged Serbia 3-2 in a match that started with the 25-17 supremacy of the Turkish side. Serbia closed the gap in the second set with a score of 25-16. The Turkish team was two points behind Serbia in the third set and dominated the fourth set with 25-16 before sealing the final set with a score of 15-8. The victory came eight years after the U19 team of Turkey was crowned champions of the Women's Junior European Volleyball Championship held in Ankara, again defeating Serbia. Turkey came back from a 1-2 deficit to claim the title, with their outside hitter Ipar Özay Kurt, the 17-year-old star of Turkey's Fenerbahçe, receiving the prize for the Most Valuable Player of the competition. Earlier, Lila Şengün and Gülce Güçtekin of Turkey were chosen as Best Setter and Best Libero of the tournament respectively. The tournament's only defeat for the Turkish team was to France during the Pool II matches played in Croatia earlier.

“This is a great victory and it represents a truly special achievement for our national team and for the whole of Turkey as well," Şahin Catma, head coach of Turkey, was quoted by the tournament's website.

“In general, we can be happy with what we have achieved at this tournament – a silver medal as well as qualification for the next edition of the World Championship. However, we believed that we could seize the gold medal. Congratulations to Turkey on winning the title, and to our girls, the staff of the national team, and to the Volleyball Federation of Serbia on securing yet another medal. These girls have made history," Milan Grsic, head coach of Serbia, said.