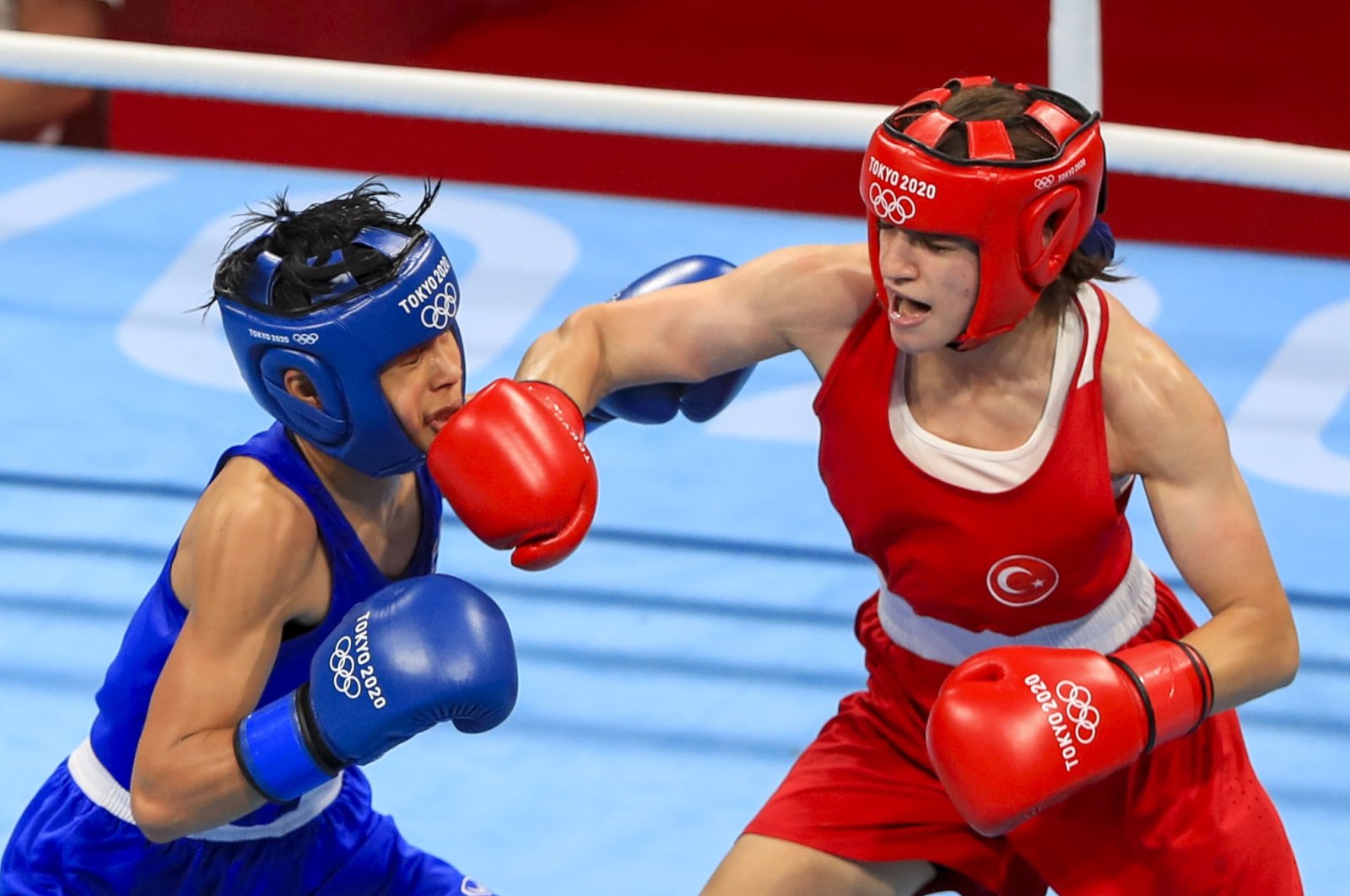 Turkish boxer Buse Naz Çakıroğlu confirmed another Tokyo 2020 Olympics medal for her country after reaching the semifinal in the women’s 51-kilogram event Sunday.

The 25-year-old Turkish boxer made a flying start to the bout, clinching full points from four out of the five referees.

Çakıroğlu maintained her dominance in the second and the third rounds to win full points from all five referees and secure a place in the semifinals.

In the semifinal on Aug. 4, Çakıroğlu will meet Chinese Taipei’s 2019 World Champion Hsiao-Wen Huang, who beat Serbia’s Nina Radovanovic 5-0 in the quarterfinal.

With the win, Çakıroğlu became the second Turkish woman boxer at Tokyo 2020 Olympics to secure a medal. Earlier Friday, Busenaz Sürmeneli secured her place in the 69-kilogram semifinal.

Youth and Sports Minister Mehmet Muharrem Kasapoğlu, who followed Çakıroğlu’s match from the stands, congratulated the boxer after the win.

Speaking to the media after the match, Çakıroğlu said she was anxiously following the devastating forest fires that have ravaged Turkey.

"We’re a little upset because of that. Winning this medal has become a national matter for me. We’re here for our country and we’ll win it. "

“I want to keep the celebrations low-key. As a nation, we’re fighting (enemies) both at home and abroad which is unfortunate. Returning with some good results will hopefully bring some joy to people back home," she said.

“This was a very important, historic success. I want to win an Olympics medal in my first Games. I became very determined after losing the World Championship final. God willing, I’ll win the gold medal,” said Çakıroğlu.