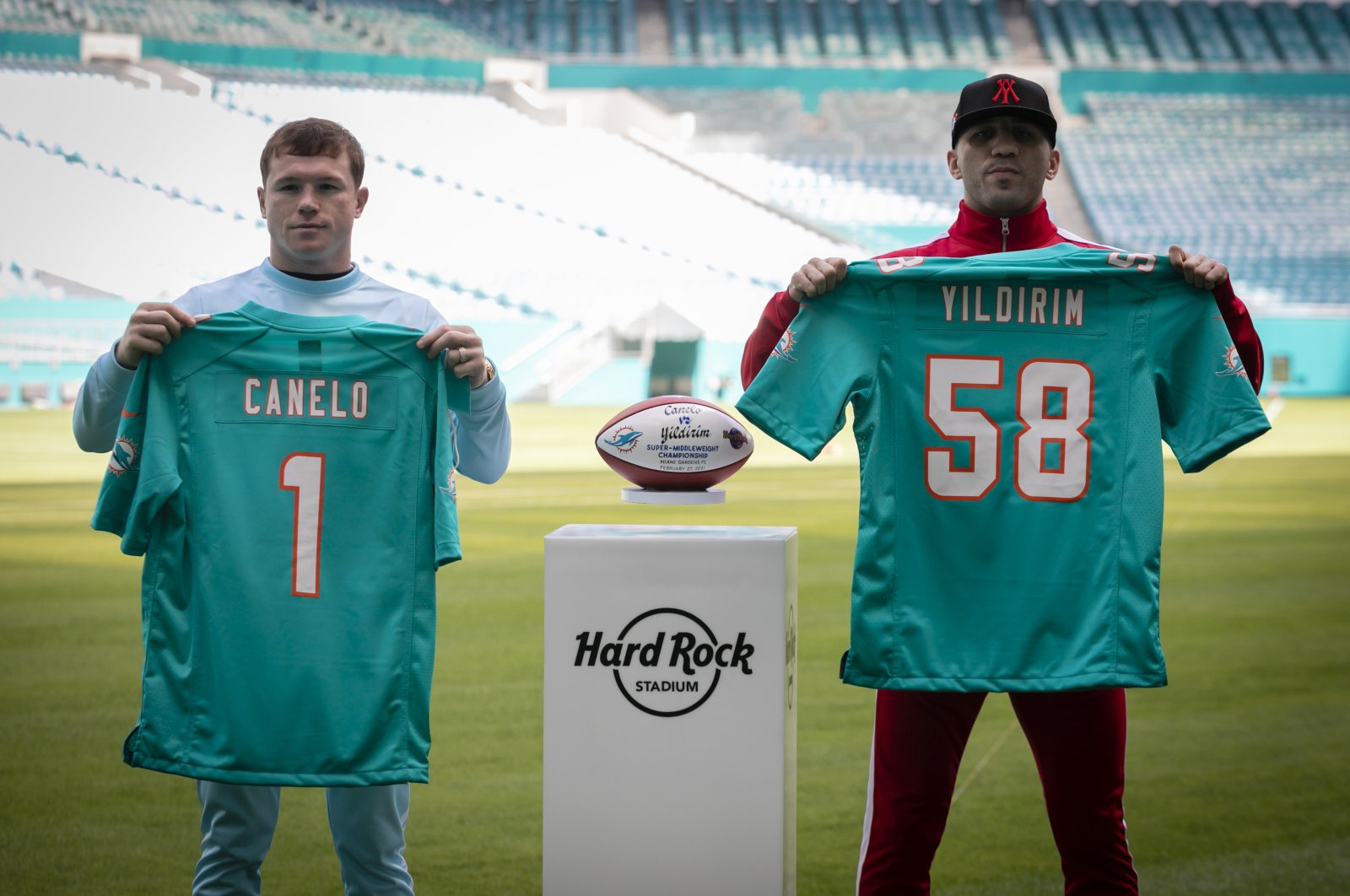 Turkish boxer Avni Yıldırım and Mexico’s Saul "Canelo" Alvarez, one of boxing’s most popular fighters, met the press at Miami’s Hard Rock Stadium on Monday, ahead of their fight this weekend.

The 12-round super middleweight bout will be held at the same venue later Saturday, Feb. 27.

The Mexican fighter will defend his super middleweight championship against the 29-year-old Turk, in the first boxing event in the Hard Rock Stadium’s 34-year history.

"It is an honor for me fighting in such an important stadium," Alvarez said while visiting the venue. "Without question, it is great motivation."

"Yıldırım is a good boxer, and I know we will put on an exciting fight," Canelo had said in an earlier press release, according to sports broadcaster, DAZN.

"I'm very glad that we are able to bring this event to Miami, a short distance from where my hero, Muhammad Ali, trained. February 27 will be a great night for the sport."

Yıldırım, on the other hand, said: "I am honored as a mandatory to fight again for the big green belt – thank you to everyone who is involved,"

"I always give my all – and everybody should be ready to see a war. I am coming to make my country proud – I am representing the whole of Turkey."

Canelo has so far been in 57 fights, winning 54, including 36 knockouts. He has suffered only two defeats and one ended in a tie.

Yıldırım, in comparison, has stepped into the ring 23 times. He has won 21 fights and lost only two.