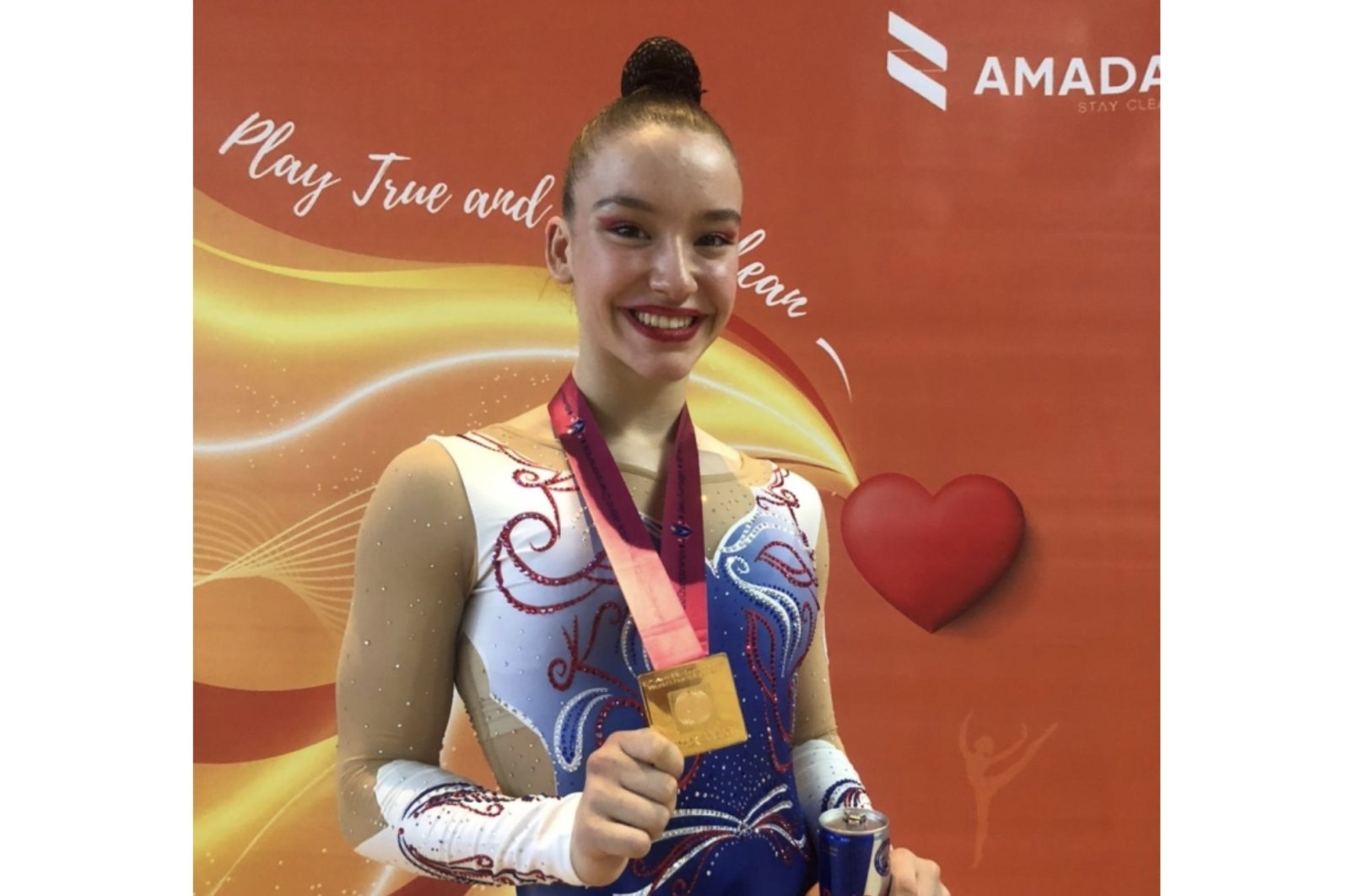 Turkish gymnast Ayşe Begüm Onbaşı posing with her gold medal won at the 16th FIG Aerobic Gymnastics World Championships in Baku, Azerbaijan, May 28, 2021. (Photo by RedBull via AA)
by Daily Sabah with AA May 28, 2021 10:23 pm

The 19-year-old athlete scored 21,850 to take first place in the Individual Women's final.

Meanwhile, the team of Onbaşı, Emir Erışık and Erkut Ergin came eighth with 20,983 points at the trio final.

Onbaşı, who is the first Turkish athlete to win the world championship at senior-level aerobic gymnastics, said: “We have shown the power of Turkish women. Thank you again for your support of Turkish sports and the Gymnastics Federation.”