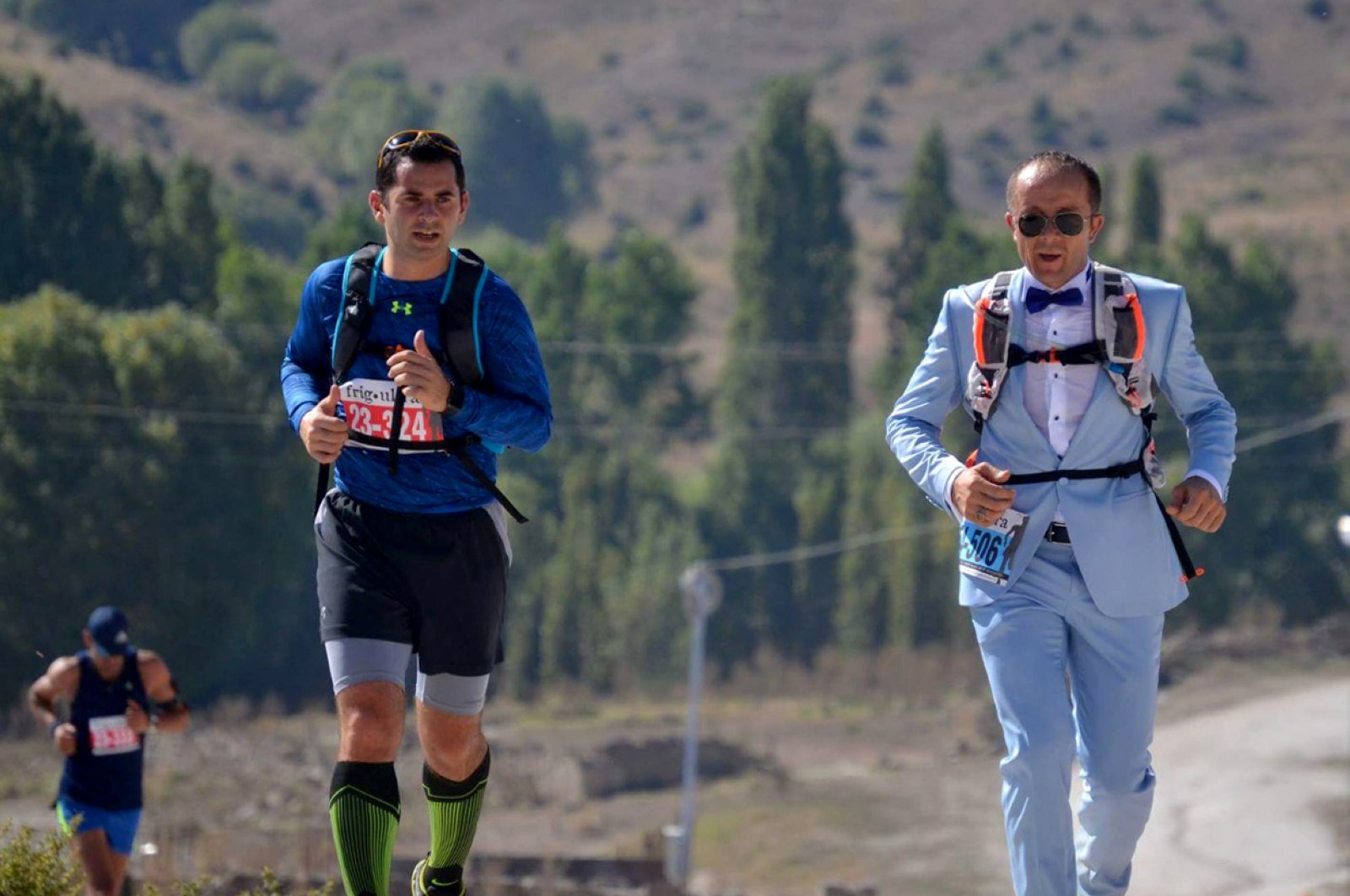 From Abu Dhabi to southern Africa, Bilal Gül continues running to raise awareness for a number of charity initiatives with his distinctive elegant style

Like other runners, appliance repairman Bilal Gül has been running for many years to raise awareness for a number of charity initiatives. What makes him distinct in these runs is his attire: He performs them while wearing a suit.

“I started running around 10 years ago because my wife accused me of putting on weight," Gül recounted. "I was barely able to run 3 kilometers when I started, however, because of my smoking and being out of shape. Then again, those first 3-kilometer runs were harder than the 100-kilometer ones I do today.”

The father of two who lives in Istanbul said that unlike other runners who perhaps wear the logo of the project they are supporting, he prefers to garner attention his own way.

“I realized that I could run in suits when I ran for cancer patients in Sapanca. Then I ran 42 kilometers in Çanakkale for our martyrs. People who saw me commented that: 'It looks like the waiters are running, too.' In another race in the Kaz Mountains, an old woman asked if I was a civil servant,” Gül recalled, adding that another time he was confused as an intelligence operative in a race organized by a Greek-Turkish-Bulgarian cooperation organization.

“I ran along with 600 other runners toward Greece. That's when I got trailed by a Greek military officer who thought I was some kind of secret agent as I was running with my suit, sunglasses and earphones,” he laughed.

After learning that some of his friends had been affected by cystic fibrosis, Gül said he was moved enough to join a 250-kilometer-long marathon in the Kalahari Desert in 2017. Recalling the many organizers and professional athletes who told him that it would be impossible to run in a suit in Africa, Gül said he completed the marathon nevertheless.

“You are running seven days a week under 49-degree heat. You sleep in the desert. You have a 17-kilogram load to carry. If that's not enough, they give you just 1.5 liters of water for every 10 kilometers. By the second day, however, my detractors started to become convinced that I could complete the task."

Gül said there could be no restrictions on clothes when engaging in sports. “I run with a suit on, sure, but I wear sneakers too because formal shoes strain my feet,” he said.

Gül stressed that his wife’s attitude is what first drove him to up his performance: “She told me she was sure I would give it all up after a couple of months. Then I started to increase my distances, going from 10 kilometers, to eventually completing a 281-kilometer marathon,” he said.

So far, in addition to various marathons in Turkey, Gül has plowed through the Kalahari and Abu Dhabi desert marathons, all the while bringing attention to the causes he cares about. He is also planning to attend the Antarctic Ice Marathon and Death Valley Marathon in the U.S., eventually aiming to join Mauritania's famous 1,040-kilometer-long marathon.