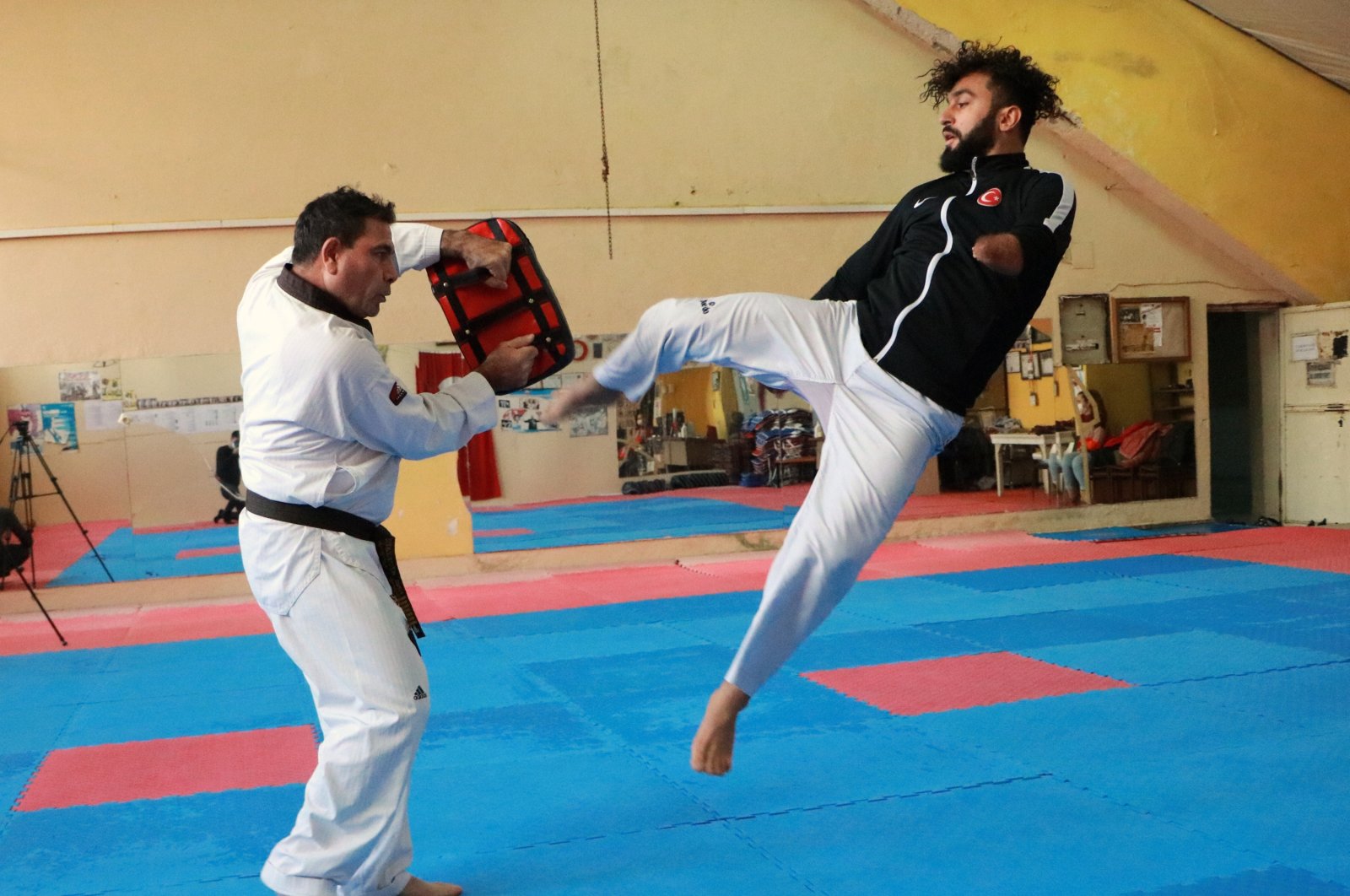 Fatih Çelik, the captain of the Turkish national para taekwondo team, has come a long way since he took up the sport as a “hobby.” He marked the International Day of Disabled Persons on Dec. 3 by training for the 2021 Tokyo Olympics and advises everyone with a disability to get involved in a sport.

“You don’t have any other obstacle than your mind. Every brother and sister can take up sports and succeed if they overcome their state of mind (that they couldn’t do it),” he said.

Çelik will lead the team of Turkey’s first para taekwondo players to compete in the Olympics. The 28-year-old spends his days following a strict training regimen in the southern province of Adana, where he works as a physical education teacher and also serves as a goalkeeper for the province’s amputee football team. He is a six-time gold winner in competitions in Turkey and also boasts a silver medal in international competitions.

Like many others who took up the sport in Turkey, Çelik decided to try out for taekwondo after watching martial arts films, especially those by Jackie Chan and Bruce Lee.

“I was impressed by how they did all those moves and thought I can do it too. I was only missing an arm,” he told Demirören News Agency (DHA) on Thursday.

“It was simply a hobby but in time, I set bigger goals. Yet, I’d never dream of representing my country in the Olympics one day. I never gave up and now look forward to having our flag raised at the medal ceremony,” he said.

Born as an amputee, Çelik said he definitely had disadvantages but “there was no obstacle that I couldn’t overcome.” He once tried on a prosthetic arm but decided to remove it when he felt it restricted his movement.

“I have many disabled friends. Some took up sports and others went into arts. Some shut themselves into thinking they can’t do anything in life. But sports make you productive and free. Every disabled person can set his or her goals in life and can achieve them gradually,” he said.