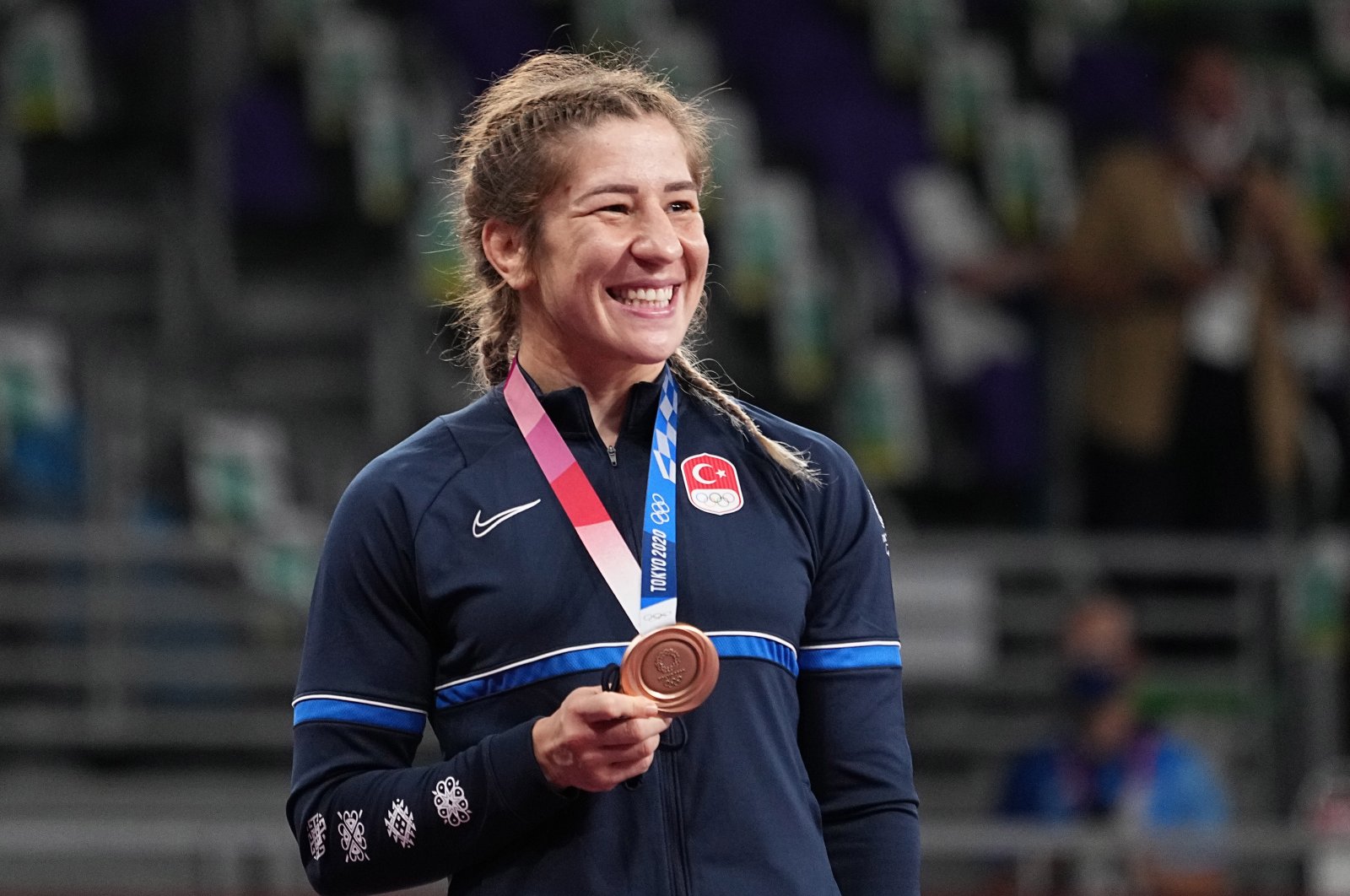 Bronze medalist Yasemin Adar of Turkey poses on the podium during the medal ceremony for the Women's Freestyle 76kg Wrestling final of the Tokyo 2020 Olympic Games at the Makuhari Messe convention centre in Chiba, Japan, 02 August 2021. (EPA Photo)
by DAILY SABAH
Aug 02, 2021 3:37 pm

Kayaalp clinched bronze in the Greco-Roman 130-kilogram event and was later joined by Adar, who took third place in the women’s 76-kilogram category.

Kayaalp, however, shared the medal with Sergei Semenov of the Russian Olympic Committee (ROC).

At Tokyo’s Makuhari Messe Hall, Kayaalap made a strong show against Iran’s Mirzazadeh, securing a 7-0 lead in the first half.

Despite being more defensive in the second half, he easily won 7-2.

This is Kayaalap’s third Olympic medal. He won bronze in the London 2012 Games and won silver in Rio 2016.

Despite all his efforts, the coveted Olympic gold remained elusive for the four-time world and 10-time European champion.

Earlier on Sunday, Kayaalap had lost the semifinal 2-0 to old foe Lopez, who had also snatched the Olympics gold from the Turkish wrestler four years ago in Rio.

Adar, in the meantime, beat Kazakhstan’s Aiperi Medet Kyzy for the bronze medal after edging out Tunisia's Zaineb Sghaier in the repechage match.