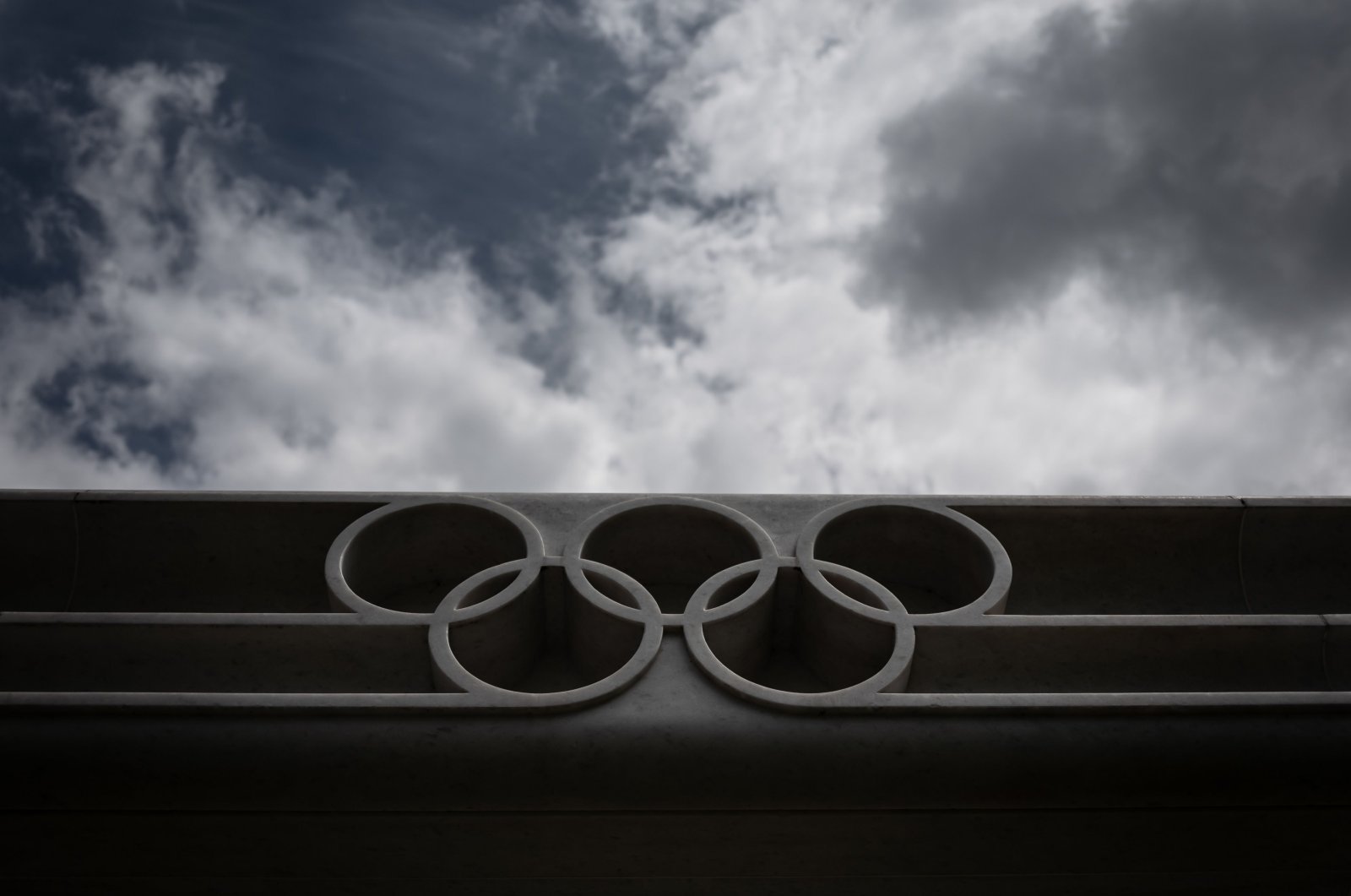 The Olympic rings logo at the entrance of the headquarters of the International Olympic Committee (IOC) in Lausanne, Switzerland, June 8, 2020. (AFP Photo)
by French Press Agency - AFP Jun 12, 2020 10:14 am
RECOMMENDED

Two-thirds of Tokyo 2020's corporate sponsors are undecided on whether to continue supporting the Olympic Games now the event has been pushed to 2021, according to a new survey.

In the poll published late Thursday by Japanese public broadcaster NHK, 65% of the sponsors surveyed said they had not made up their minds about whether to extend their financial backing for another year.

According to NHK, some companies voiced concerns that their promotional activities around the games could be curtailed due to crowd-reduction measures imposed against the coronavirus.

They were also worried the games could be scrapped altogether, with several senior Olympic officials saying the Tokyo Olympics must take place next year or not at all.

Many also said they had not decided whether to extend their sponsorship because they had not yet opened negotiations with the organizers – suggesting they may be open to persuasion.

More than two-thirds (68%) of respondents said the coronavirus had taken a toll on their own financial situation, as Olympic organizers face having to fund the unprecedented postponement of the games.

Tokyo 2020 organizers have refused to put a price tag on the additional costs of postponing the games by one year, but the International Olympic Committee (IOC) has set aside $800 million.

According to the latest budget, the games were due to cost $12.6 billion, shared between the organizing committee, the government of Japan and Tokyo city.

Tokyo 2020 "Gold" sponsors include such Japanese household names as Canon, NEC and Asahi Breweries, while car giant Toyota is a worldwide Olympic sponsor.

According to the latest version of the Tokyo 2020 budget, local sponsorship was due to bring in $3.3 billion, more than half the projected revenues of $5.9 billion.

Since the postponement, officials have been stressing the need to slim down the games, both in terms of costs and organization.

Tokyo 2020 Chief Executive Toshiro Muto has said there are 200 proposals on the table for simplifying the Olympics but has refused to give further details.

For its survey, NHK surveyed 78 Olympic and Paralympic sponsors, receiving responses from 57.