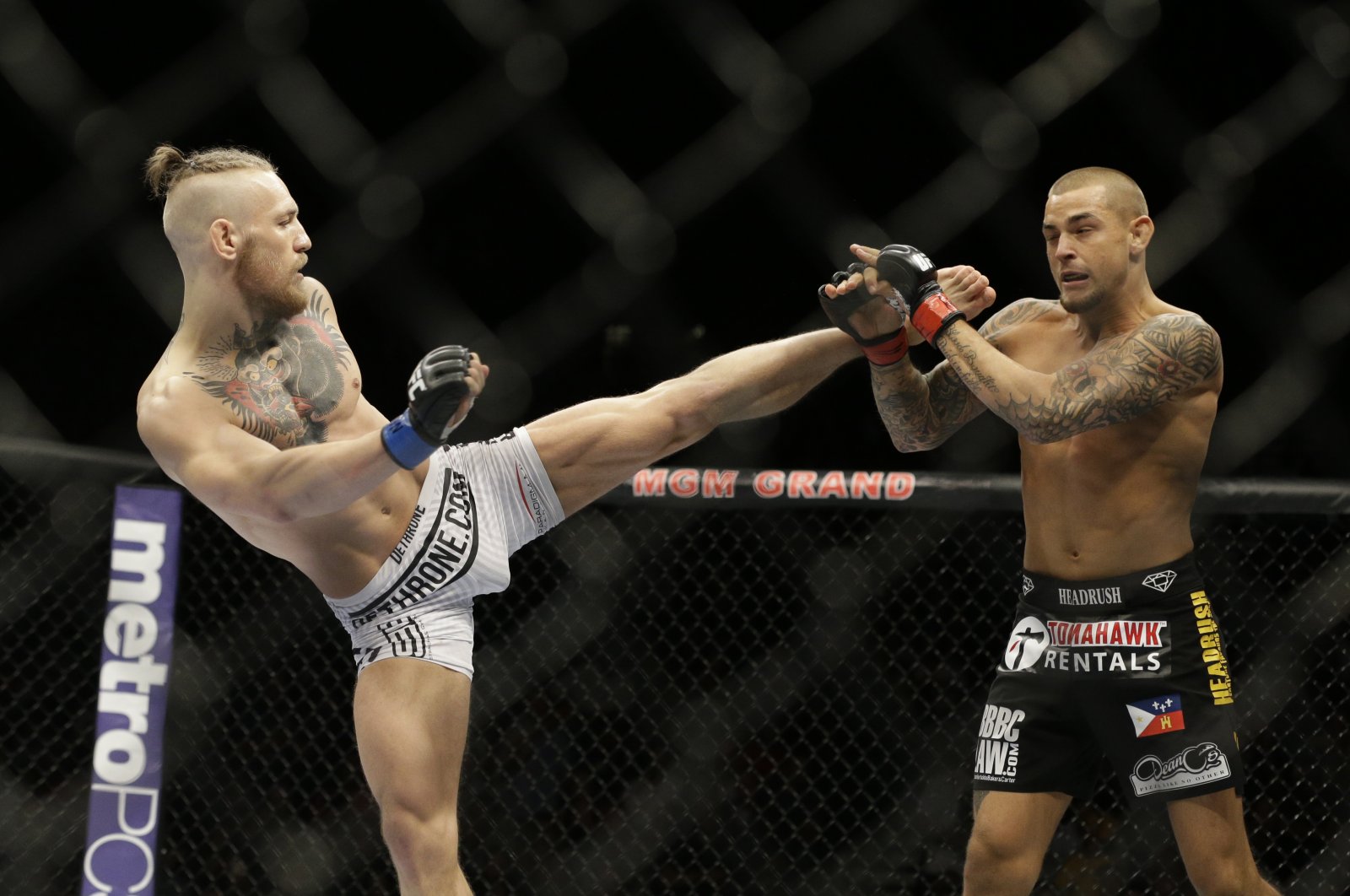 Conor McGregor (L) kicks Dustin Poirier during their mixed martial arts bout in Las Vegas, Nevada, Sept. 27, 2014. McGregor returns from a year-long layoff for a rematch against Poirier in the promotions' first pay-per-view of the year, at UFC 257 on Jan. 24 in Abu Dhabi. (AP Photo)
by ASSOCIATED PRESS Jan 22, 2021 4:47 pm
RECOMMENDED

Weekend in European football: Leaders, contenders back in action

Conor McGregor has been sued in Ireland by a woman who accused the mixed martial arts star of assaulting her.

The civil actions – one for assault and the other for personal injury – were filed this week in Ireland's High Court and named McGregor and another man as defendants.

The 32-year-old McGregor returns from a year-long layoff for a rematch against Dustin Poirier at UFC 257 on Sunday in Abu Dhabi. Irish laws strictly limit public disclosure of allegations, but the New York Times reported that the woman said she was raped by McGregor in a hotel room in 2018.

A spokesperson for McGregor said the Irish police had investigated and declined to bring criminal charges. "After an exhaustive investigation conducted by the Gardai which, in addition to interviews of the plaintiff, included: interviewing numerous sources, obtaining witnesses' statements, examining closed-circuit footage and the cooperation of Conor McGregor, these allegations were categorically rejected,” spokesperson Karen J. Kessler said in a statement.

"The plaintiff knows the facts contradict the assertions in this lawsuit," the statement continued. "Mr. McGregor will dispute any claims and is confident that justice will prevail."

Dave Coleman, the woman's attorney, declined to comment other than to say that "this matter is before the High Court in Dublin."

McGregor has had legal problems in the past. In 2019, he was fined by a Dublin court for punching a man in a pub. Earlier that year, he faced charges for smashing a fan's phone outside a hotel in Miami Beach. In 2018, the Irishman pleaded guilty to disorderly conduct after he threw a hand truck at a bus containing UFC fighters at the Barclays Center in New York.

Weekend in European football: Leaders, contenders back in action