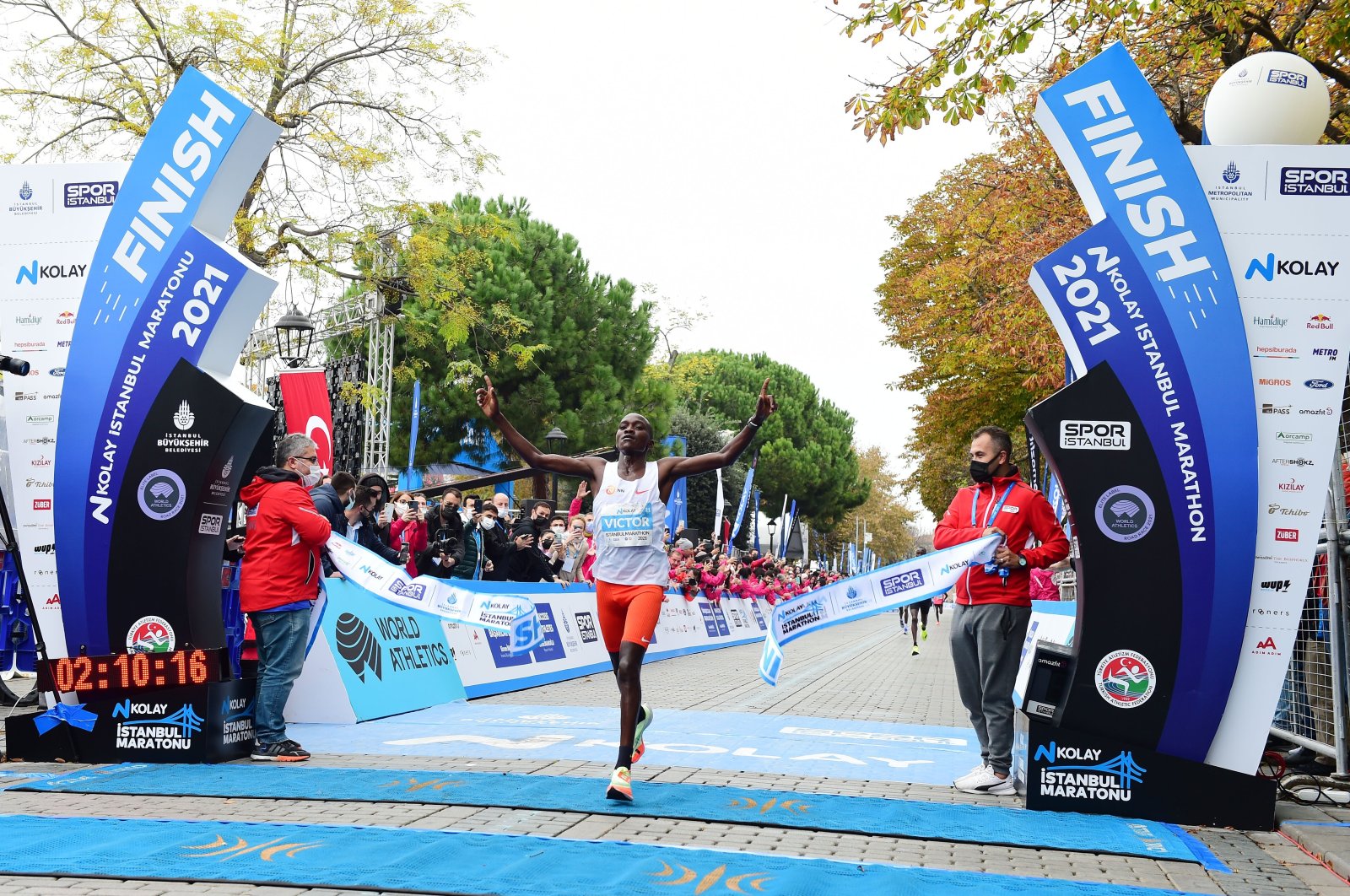 In the women's race, Jerotich came first with a timing of 2 hours, 24 minutes and 15 seconds.

Her compatriot Jackline Chepngeno finished second six seconds behind the leader. She was followed by Ayantu Abdi from Ethiopia 24 seconds later.

The world's only intercontinental marathon was held in three categories: the 42,195 meters (138,435 feet) run for professional athletes, as well as the 15-kilometer (9.3 miles) and the 8-kilometer runs open to the public.

The idea of running from Asia to Europe, first proposed by the daily Tercuman in 1973, was realized in 1979 upon the initiative of a group of German tourists.

The Istanbul Marathon, which is included in the "Gold Label Road Races" of the World Athletics Association (IAAF), is among the most popular marathons in the world.

The race kicked off at 9 a.m. local time (6 a.m. GMT) in the Altunizade neighborhood of Üsküdar district on the Asian side of the Turkish metropolis and ended at Sultanahmet Square, on the European side.