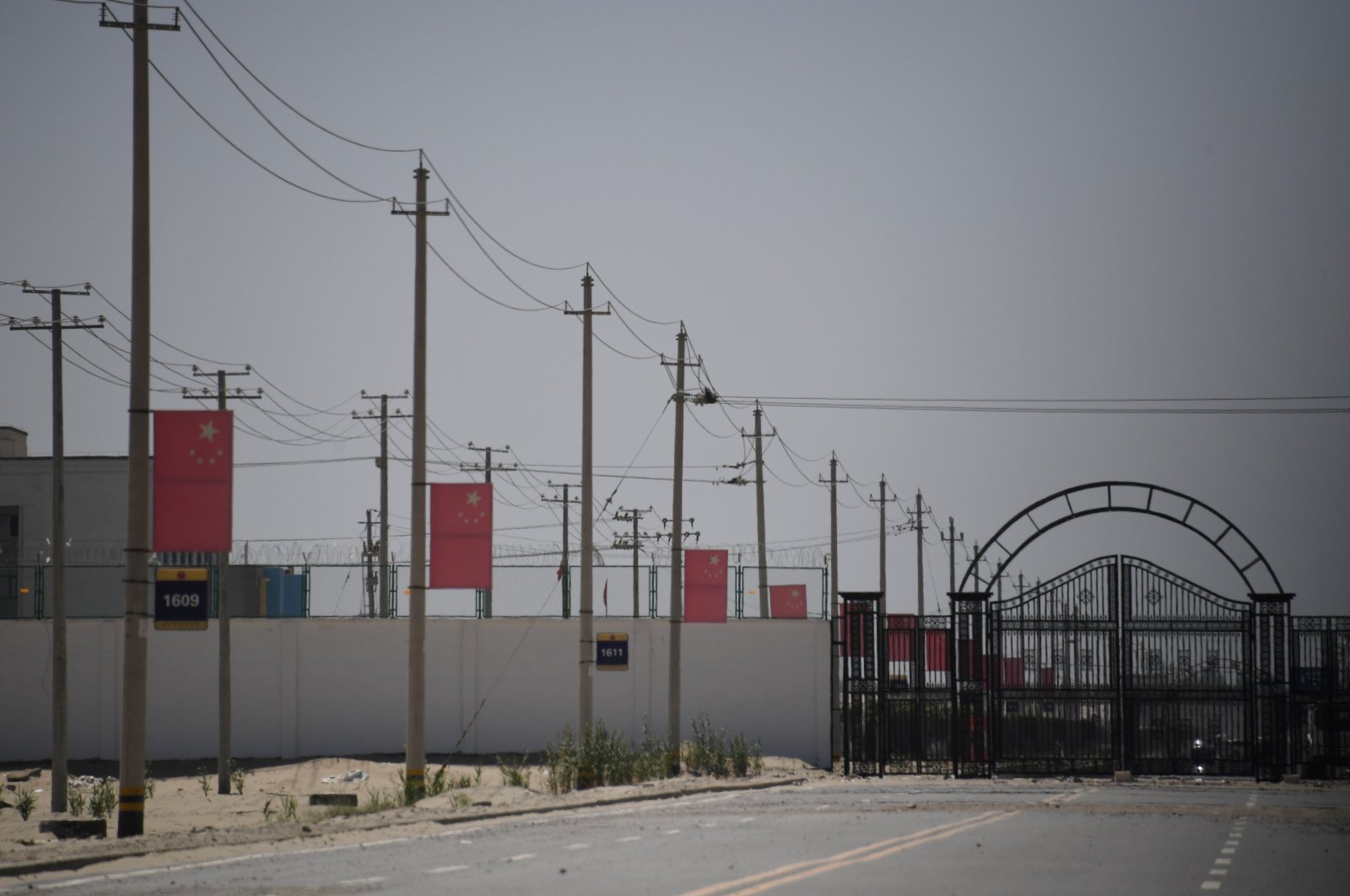 Chinese flags are seen on a road leading to a facility believed to be a reeducation camp where mostly Muslim ethnic minorities are detained, on the outskirts of Hotan in China's northwestern Xinjiang region, May 31, 2019. (AFP Photo)
by Agencies Oct 07, 2020 10:57 am
RECOMMENDED

British Foreign Secretary Dominic Raab suggested the United Kingdom may boycott the Olympics for the first time over China's treatment of the Uighur Muslims, a report said Tuesday.

Beijing is to host the 2022 Winter Olympics with rumblings of a boycott and calls to move the games because of alleged human rights violations.

"Generally speaking, my instinct is to separate sport from diplomacy and politics, but there comes a point when it is not possible," Raab told the foreign affairs select committee.

It is "clear that there is evidence of serious and egregious human rights violations," he added.

"I would say let's gather the evidence, work with our international partners and consider in the round what further action we need to take," Raab said.

Since 2017, more than a million Muslims, mostly Uighurs, have been swept up into vast internment camps where they are subjected to reeducation programs intended to force them to assimilate into the dominant Han Chinese culture.

The Chinese government has portrayed its activities in Xinjiang as part of a campaign against a violent separatist movement and rejects criticism of what it considers an internal manner. It calls the camps vocational training centers and denies allegations that they are practicing modern-day slavery.

Last month, a coalition of dozens of human rights groups urged the International Olympic Committee (IOC) to “reverse its mistake in awarding Beijing the honor of hosting the Winter Olympic Games in 2022.”