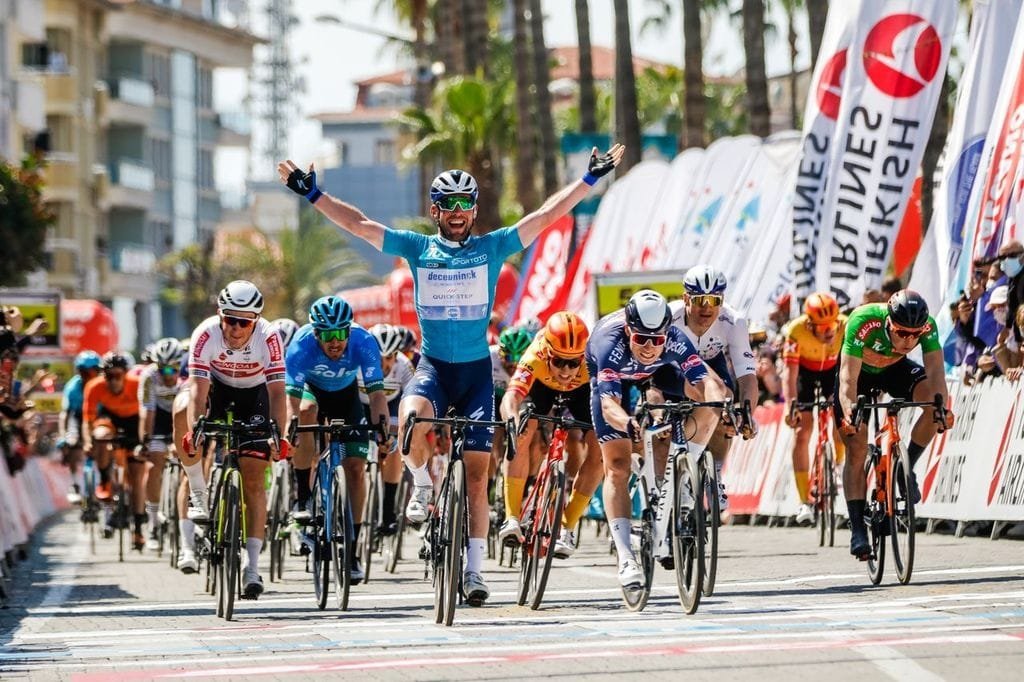 Deceuninck-Quick Step's British sprinter Mark Cavendish picked up a second straight stage win in the 56th Presidential Cycling Tour of Turkey when he took the sprint in the southern province of Alanya Tuesday.

With the win, the rider also tightened his grip on the overall lead with the bonus seconds for winning the stage.

The previous day, the 35-year-old rider won for the first time since 2018 when he took the second stage sprint.

He had to wait barely 24 hours for his next victory.

Cavendish and one of his old sprint rivals, 38-year-old German Andre Greipel of Israel Start Up Nation, opened the sprint, shoulder to shoulder.

Belgian Jasper Philipsen of Alpecin-Fenix and Pole Stanislaw Aniolkowski of Bingoal-Pauwels overtook Greipel but could not catch Cavendish.

Philipsen was second in the same time and is 8 seconds behind the Manxman in the overall standings.

Wednesday's relatively flat stage four will take the riders on the 184.4-kilometer stage from Alanya to Kemer.