US sports grapple with prospect of fan-free future 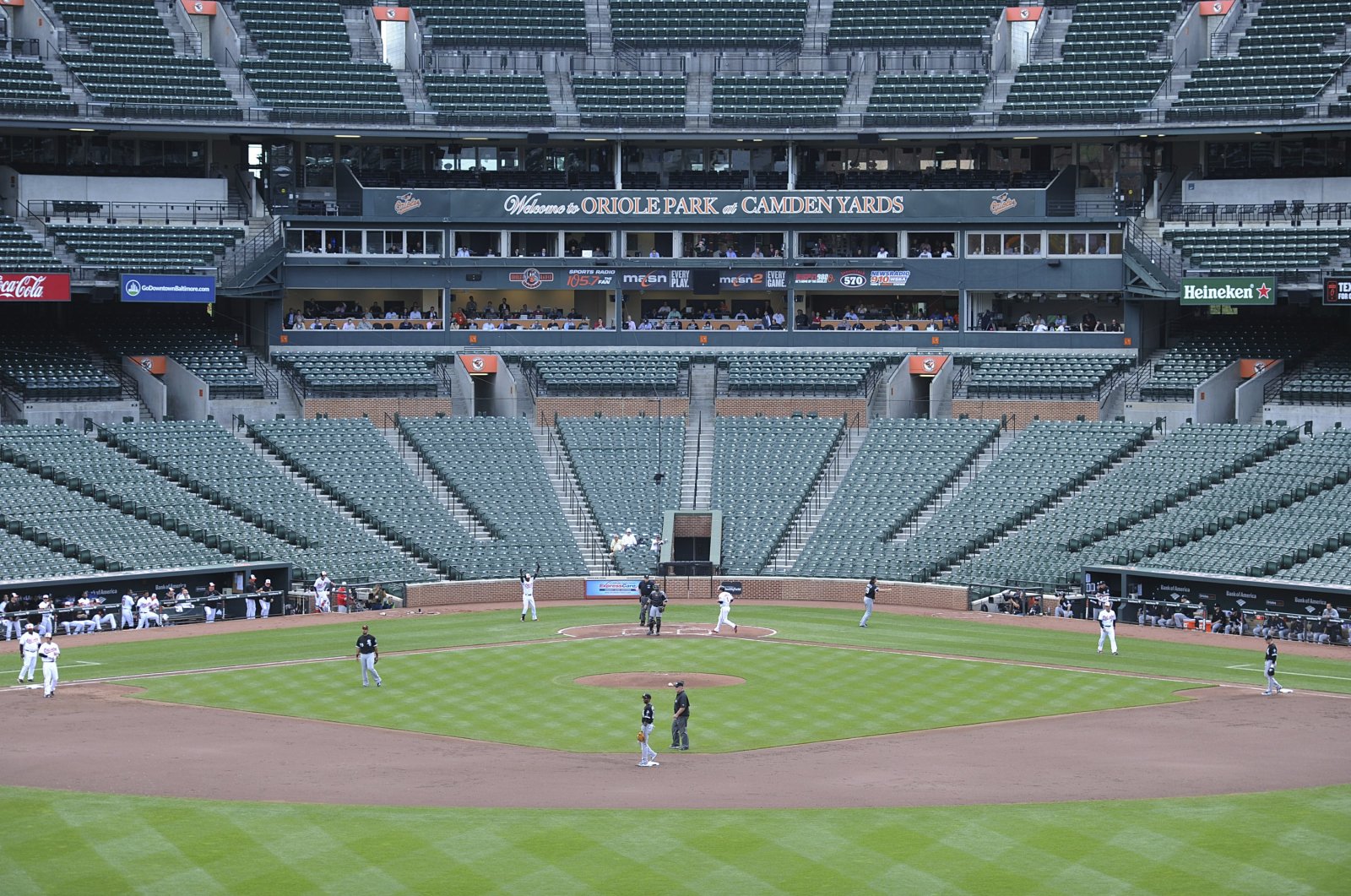 U.S. sports leaders trying to decide whether to bar fans from venues to avoid further fueling the coronavirus outbreak. (AP Photo)
by French Press Agency - AFP May 08, 2020 11:47 am

Even if sporting events were to resume despite the looming coronavirus pandemic, sports organizations across the U.S. try to adapt to a new reality as fans are unlikely to return to the venues any time soon

American professional sports leagues plotting their path back from the coronavirus shutdown are preparing for a future played out behind closed doors or to sparsely populated arenas, scenarios that analysts say are likely to carry a heavy financial burden and could lead to profound changes.

Although plans to resume action have yet to be finalized, Major League Baseball and the National Hockey League are reportedly mulling proposals that include playing games in empty stadiums or in clusters of large, confined fan-free zones.

Basketball and ice hockey, which were both approaching the business end of their respective seasons before the leagues shut down in March, are likely to enjoy a television ratings bonanza if and when competition resumes.

"The NBA and the NHL were about to conclude their season and to go into the postseason, which is the more lucrative period for them primarily because of the television contracts," said Andrew Zimbalist, a professor of Economics at Smith College in Northampton, Massachusetts.

"And if they were to resume and play their postseason, they would get very good television ratings and that would be a positive for them."

But given their economic model, do all the championships have a financial interest in playing without spectators?

Of the four major leagues, the NHL has the most to lose in any future played behind closed doors, Zimbalist said. "It wouldn't work very well for the NHL because they get most of their revenues from arenas," he said.

In the case of smaller leagues, the equation could be even more problematic, Zimbalist warned.

According to 2018 figures, Major League Soccer derives only 11% of its revenue from television broadcasting contracts, with the rest coming mainly from stadium revenues in the form of tickets, concessions and advertising.

"MLS is in a bigger trouble than anybody because their television contract is diminutive, and they depend overwhelmingly on stadium revenues," Zimbalist said. "So they'll definitely be in big trouble."

As leagues prepare for a future without fans, specialist firms are already working to create solutions that will mask swathes of empty seats. For Mark Williams, of the architectural firm HKS, the constraint is also an opportunity to innovate.

"How can we supplement the game action on the pitch and not see a bunch of empty seats?" he asked, adding that he has already been contacted by several major players in sports.

Williams points to SoFi Stadium in Los Angeles, the newly constructed multi-billion-dollar arena due to open this year that will be home to the Los Angeles Rams and Los Angeles Chargers NFL teams.

The futuristic arena is packed with technology, including a giant double-sided hanging screen that surrounds the entire field and could be used to dress the empty stadium.

"Maybe we can use that technology so that even though the seats are empty, (we can) connect to the fans that are tuning into the game electronically," Williams said.

He said the innovations under consideration have accelerated a trend that was already under way, namely the rise of technology in sport and the conquest of large audiences who rarely go to games.

"Pre-COVID, we've been very aggressive on trying to create a virtual environment that equates our physical environment," Williams said.

While the short-term points to arenas without spectators, leagues and championships also have an eye on a future where fans are allowed back into stadiums while respecting social distancing rules.

Williams believes that scenario will probably require an additional layer of temperature checks at entry points in the same way that security checkpoints became standard after 9/11. Once inside, social distancing rules will mean that two out of three seats could be empty, he predicted.

"Does it make sense economically to even do that? That's one big concern," he said.

A more fundamental problem may even be persuading fans, many of whom fear contagion, to consider returning to stadiums.

That reluctance may be exacerbated by financial hardship. Zimbalist noted that fans struck by the economic crisis will have less money to spend.

Fans may only feel fully confident about returning to arenas when a coronavirus vaccine is developed and available.

Williams therefore does not rule out the possibility that certain arenas or stadiums could be reinvented with a longer-term perspective in mind, with fewer and more expensive seats. "It could get to that level," he said.

Others doubt whether the pandemic will lead to lasting changes in the look and feel of sports stadiums.

"I don't see the overall aspect long-term of these venues altering their designs overly significant," said Ryan Sickman of the Gensler architectural firm, which has collaborated in the construction or layout in many arenas.

"We're recommending to people: let's plan for the worst, but let's make sure we don't overreact," Sickman said.

"Imagine a World Cup where fans aren't cheering and hugging each other after a winning goal. I don't see that happening. We will return to that normalcy because we as humans demand it. We desire it."