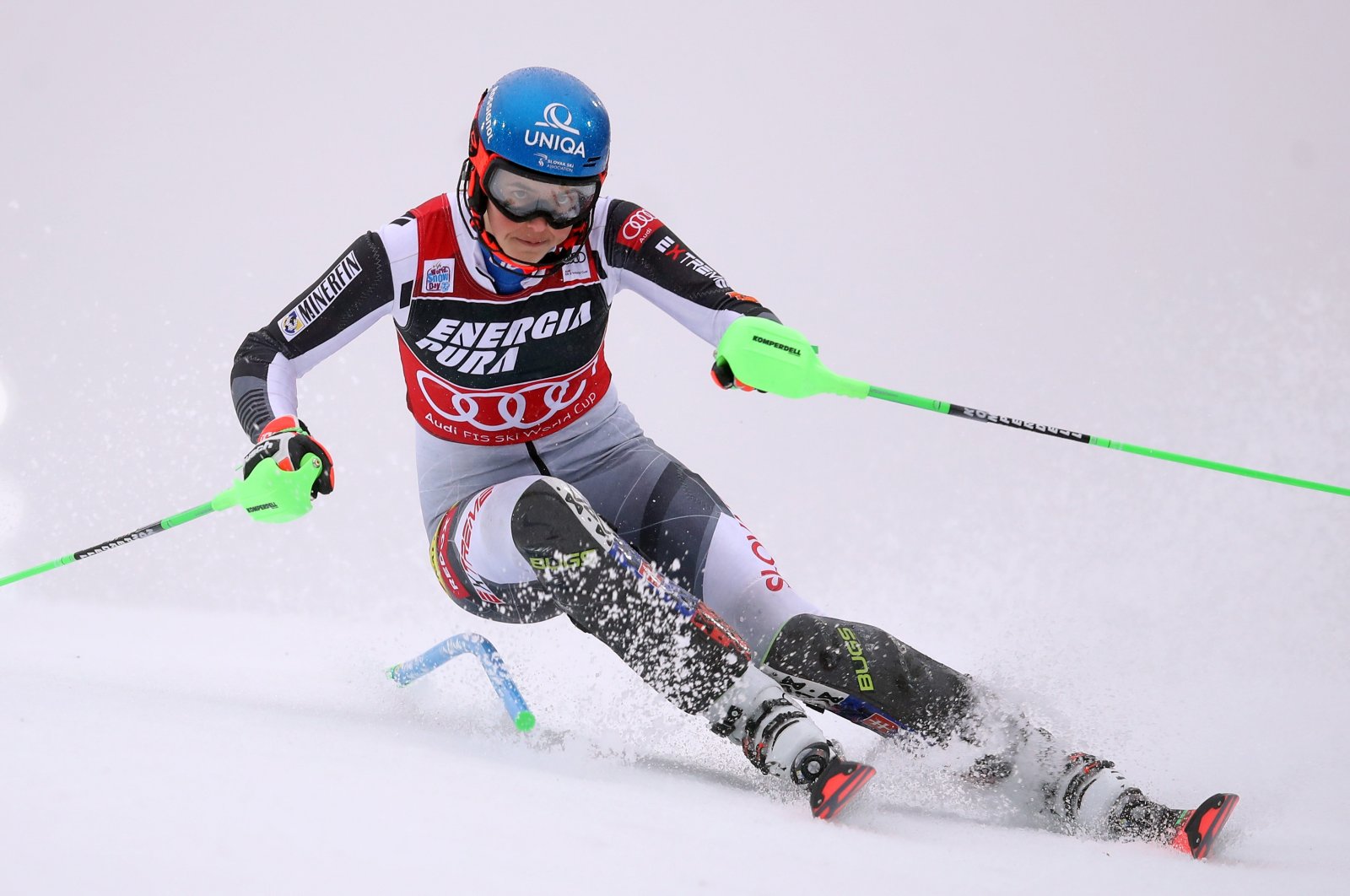 Petra Vlhova posted the fastest time in the opening run of a women’s World Cup slalom on Sunday, five days after her four-year-long joint winning streak with Mikaela Shiffrin ended. In tough conditions due to fog and rain, the overall leader from Slovakia finished her run 0.32 seconds ahead of Katharina Liensberger of Austria.

Shiffrin was 0.42 behind in fourth. The American three-time overall champion could earn the 100th podium result of her World Cup career, which started in 2011. Her 99 top-three results so far include 67 victories.

At a night race in Semmering last Tuesday, Michelle Gisin became the first skier other than Vlhova or Shiffrin to win a World Cup slalom in 29 races since January 2017, when Frida Hansdotter triumphed in Flachau.

Vlhova and Gisin are 1-2 in both the slalom and the overall standings. On Sunday, the Swiss skier was 0.38 behind in third. The rest of the field, led by Gisin’s teammate Wendy Holdener, had at least 1.47 seconds to make up in the second run. Defending overall champion Federica Brignone skipped the race in order to train for upcoming speed events in Austria. Heavy rain on Saturday weakened the surface of the Crveni Spust course just outside Croatia’s capital. Course workers added salt that hardened the top layer but also created a lot of bumps. Even Croatian great Ivica Kostelic struggled on the course. The 2011 men’s overall champion lost his balance and fell during a pre-race camera run.

The race took place five days after a magnitude 6.4 earthquake hit central Croatia. Race organizers said they would donate 10% of the prize money to a relief fund for people whose houses have been damaged or destroyed. The Croatian ski federation matched that donation, raising the total amount to 350,000 Croatian kunas ($56,639.80).